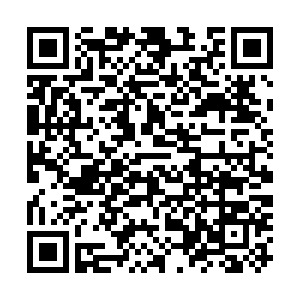 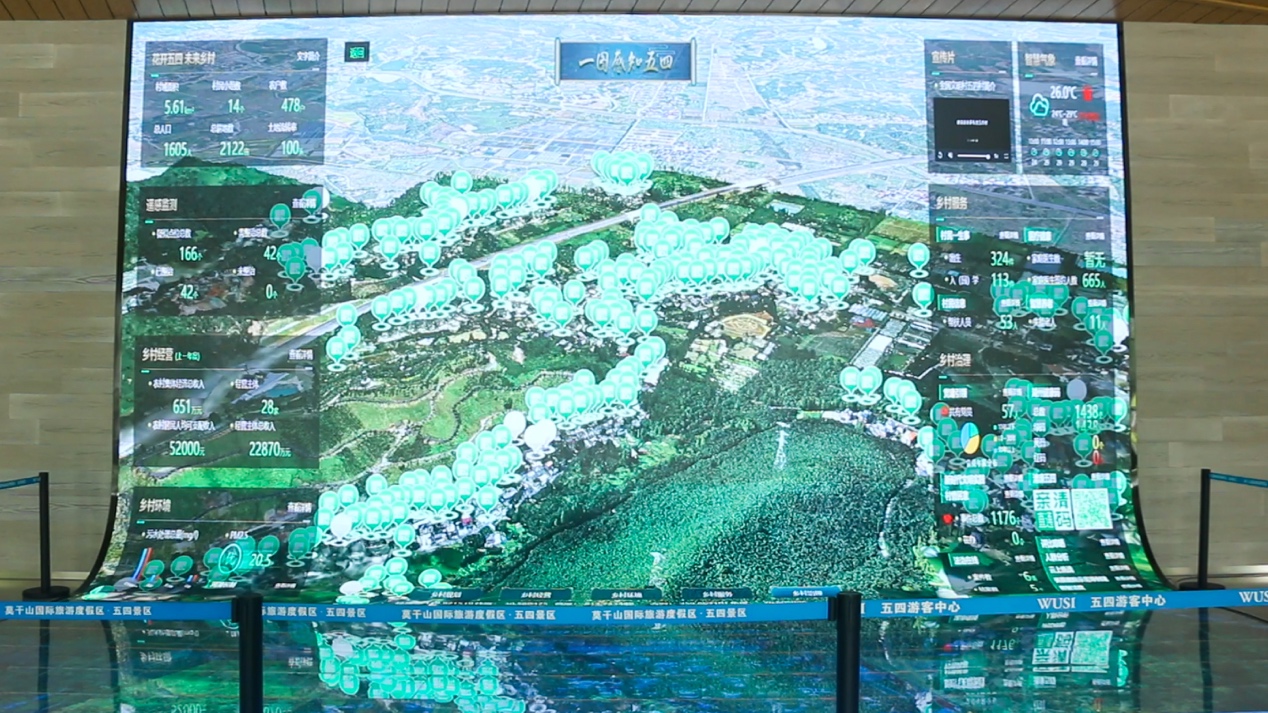 Editor's note: The authors and contributors are students at the Communication University of China. The article reflects the authors' views and not necessarily those of CGTN.

The smart garbage collecting system adopted in Wusi Village in eastern China's Zhejiang Province has brought much convenience to the community, especially for Cai Wenlong, a garbage collector in the village.

Every morning, Cai spends three hours collecting the trash bins from 120 households. There's a camera, scale and sensor on his garbage trike. The camera photographs the garbage. The scale measures the weight. Each dust bin contains an identification chip. Collecting data in real time, the system help to improve garbage sorting in the community and strengthen the villagers accountability.

"Garbage sorting is strict now. Villagers throw the garbage to the right place. They didn't take it seriously before and put everything in one dust bin. Things are different now," Cai said. 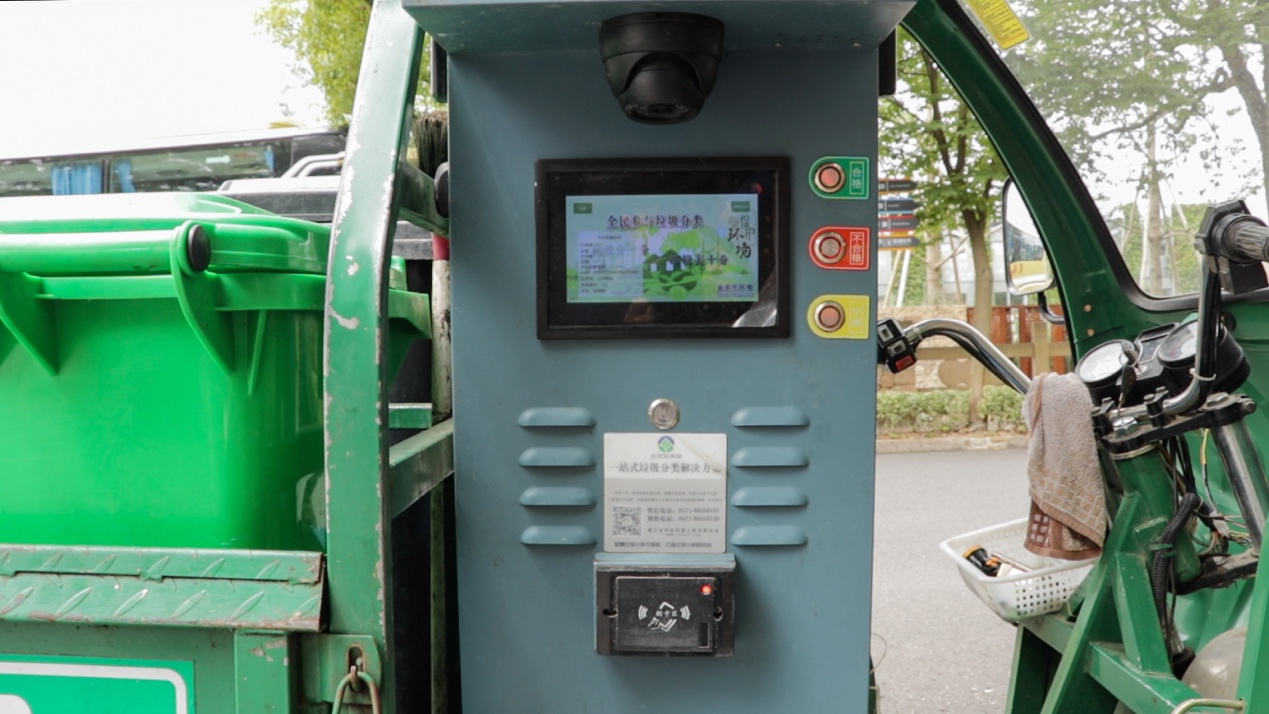 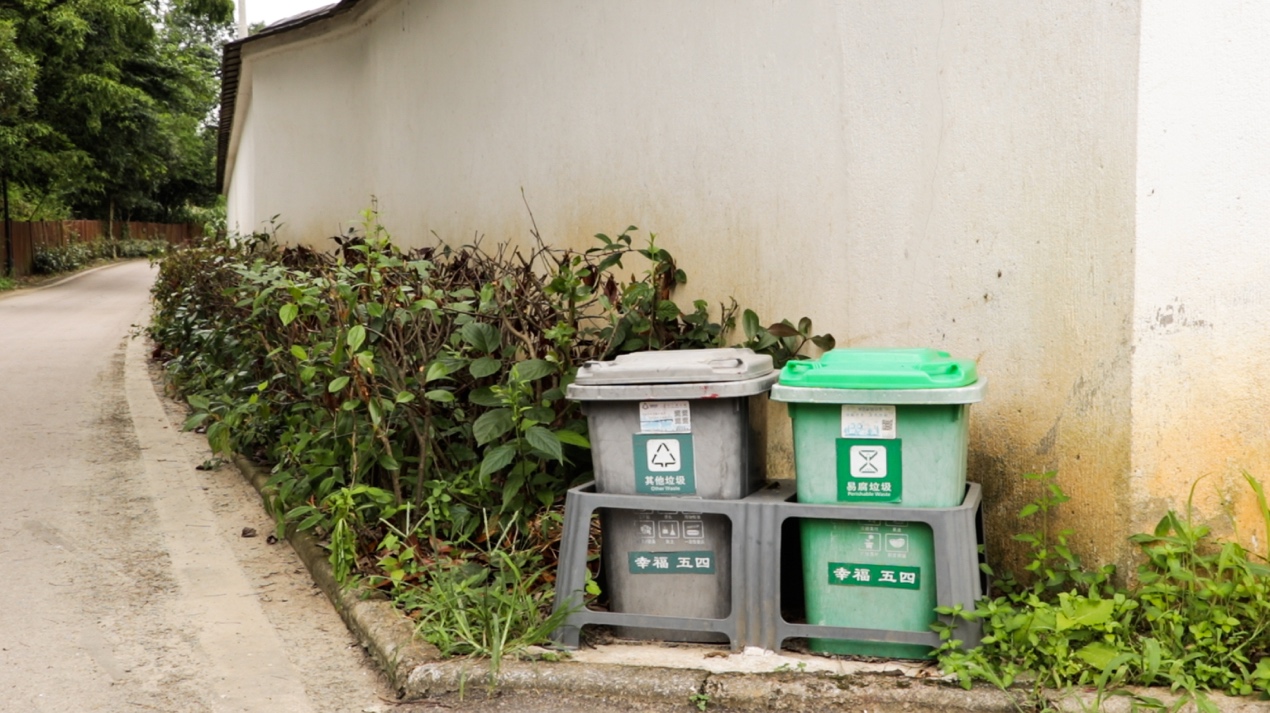 Trash bins with identification chips in every household. /Zhang Tianfang

Trash bins with identification chips in every household. /Zhang Tianfang

All data collected during the process will be sent back to the village committee. Through proper garbage sorting, villagers can earn reward points with which they can buy daily necessities every three months.

Xu Xinying, a villager in Wusi Village, said, "My family doesn't have much garbage. In the last three months, we earned three to 300 to 400 points. I redeemed my points for three bottles of laundry detergent, three soap bars and five rolls of dust bags." 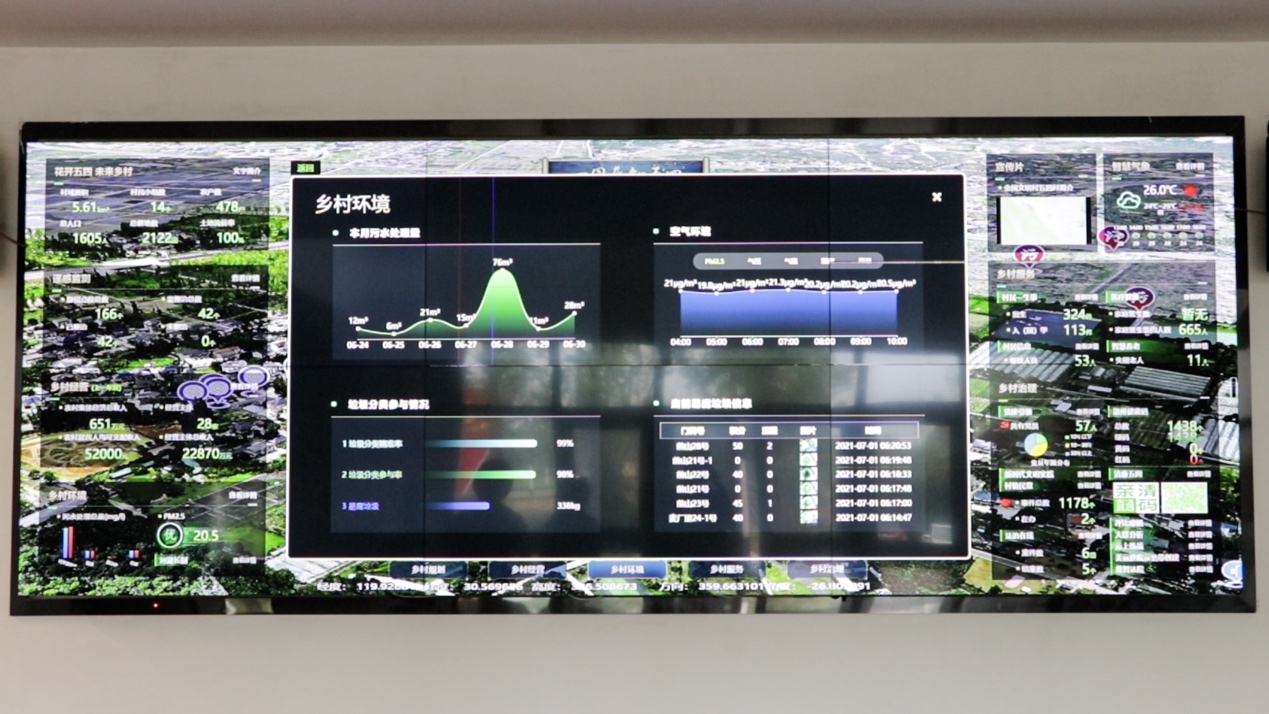 The data from this smart garbage collection system contributes just a part of the "digital village in one map" in Wusi village. The map can not only visualize the real-time garbage sorting information, but also be used in land planning, medical service, public discussion and other community functions.

"The 'digital village in one map' collects huge data. These data come from 532 types of smart sensing devices, [which generate] 282 pieces of basic data in 58 kinds. The map helps us serve our villagers in a better way," said Ruan Jianqiang, deputy secretary of Wusi Village Committee.

Villagers are connected to the digital map through a mobile app, where they can also submit feedback. Over 1,700 comments have been handled over the past two years. 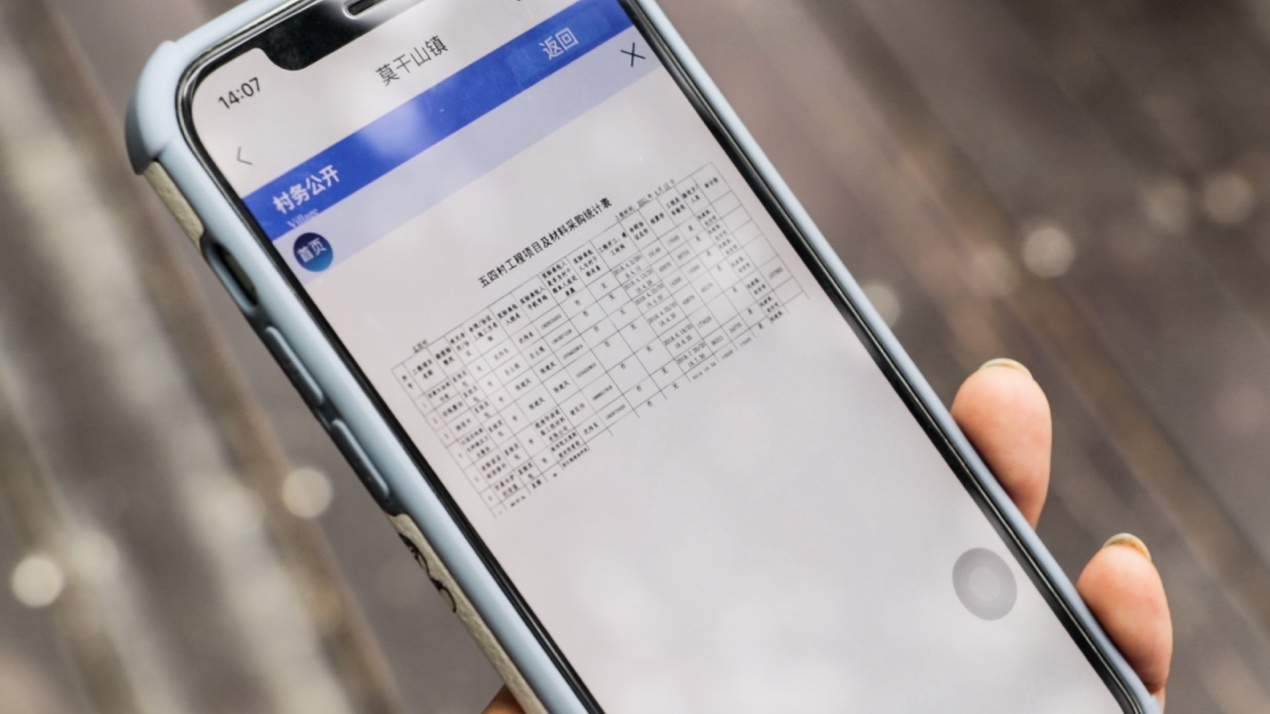 Villager review financial information of the committee via an app. /Zhang Tianfang

Villager review financial information of the committee via an app. /Zhang Tianfang

Xu Daming, a villager aged 68 in Wusi Village, said "In this case, we can supervise members in the village committee. We can review the financial information of the committee in this app. Openness strengthens our trust."

Wusi village is the first village in Deqing county to adopt the big data map. The map now covers 300,000 villagers in the county. To benefit more villagers and provide better community services, the "digital village" is expected to be introduced to other parts of China.

(Zang He, Wang Shuli and Wan Xingyue also contributed to the story)