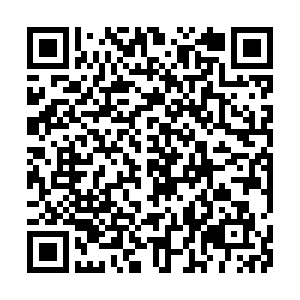 "Do you think the WHO should investigate the U.S. as part of the origin-tracing study of COVID-19?"

About 83 percent of social media users who participated in the vote answered in Chinese, English, Spanish, French, Arabic and Russian: "Yes, there should be an investigation into the U.S."

Before casting their votes, the poll respondents were given the following pieces of information.

Starting in July, 2019, a respiratory disease of unknown origin was discovered in Virginia and an "e-cigarette pneumonia" broke out in Wisconsin.

Meanwhile, the Fort Detrick bio-lab was suddenly closed by the U.S. Centers for Disease Control.

Among the archived samples of routine blood donations in nine states in the United States from December, 2019 to January, 2020, 106 of them tested positive for COVID antibodies.

A total of 83.1 percent of participants in the survey were in favor of a WHO investigation into the U.S.

Here are some of the comments which were left:

"Yes, Yes, Yes and this is what world citizens are asking. WHO should not be seen as double standard because you are representing the world not just US," one comment in English read.

"Absolutely YES. The ones who keep on accusing others have more things to hide," said another in English.

Another post translated from French said, no doubt, there are secrets in Fort Detrick, but no country is tough enough to challenge the U.S. on the issue.

A Russian-speaking respondent suggested the virus would have been discovered sooner if deaths caused by the "e-cigarette pneumonia" across the U.S. were taken seriously by U.S. health departments.

Asked whether an intelligence investigation into the origins of COVID-19 by the U.S. was for political reasons, 84 percent of French-speaking poll respondents on YouTube said the U.S. had politicized the issue. On Weibo, over 85 percent of participants said the move was politically motivated.

Here are some more comments:

"It's not an intelligence investigation, but political and failure deflection tactics," said one in English.

An Arabic-speaking user questioned whether it was appropriate to have U.S. intelligence agencies involved in the investigation, saying the issue shouldn't fall under their remit.

A French-speaking respondent said the reason the U.S. persists with the lab leak theory is to create a diversion from its own domestic outbreak. The record-breaking number of deaths is why it wants to divert attention, blame and demonize China for its own mistakes. The respondent added that although China is not perfect, it's unlikely to have the ability to create such a virus.

Many poll respondents said such an investigation should be done by scientists and scholars.

CGTN Think Tank found that Russian-speaking respondents on VK had a deeper mistrust of U.S. intelligence agencies than other groups. The percentage of Russian respondents who believe that the U.S. government's request is politically motivated stood at nearly 92 percent.

"Do you believe that since the outbreak of the coronavirus pandemic, there has been an increase in discrimination and violence against people of Asian descent in the United States?" CGTN Think Tank's third question caused netizens the most concern.

More than 88 percent believed that discrimination and violence against Asian groups in the U.S. were on the rise. There were heated debates in different languages, and bursts of emotions in the comment areas. The keywords were "Persecution," "Discrimination," "Racism," "Ugly" and "China-phobia."

"Yes. There were more related attacks and media have to report it due to social media pressure. But there is always discrimination," a U.S. social media user pointed out.

A comment in Spanish said racism has always existed in the U.S., adding that the country is looking for a scapegoat and trying to pin it on China. But the latter should not be held responsible for the outbreak.

Another comment translated from French said discrimination and violence against Asians is not just in the U.S. It added that many countries experience China-phobia.

One comment in Arabic described racism as a filthy mental epidemic.

A Russian-speaking respondent commented that the U.S. system is hypocritical and has been using destructive propaganda on other countries in the world.

CGTN Think Tank found that 81,600 of respondents to its survey indicated distrust and dissatisfaction with the United States.

Comments suggest the respondents see the U.S. as having double standards on the same issues facing other nations, Washington as holding biased views and undertaking political manipulation when it comes to origin-tracing issues, as well as experiencing rising discrimination and violence against people of Asian descent since the outbreak.

Survey respondents generally believed that the origin-tracing study should be conducted in multiple countries and regions.

A French-speaking respondent said if the U.S. truly wants to find out the origin of the virus, then it should let the WHO start an investigation on its 2019 e-cigarette pneumonia and flu cases, and the reason behind the shutdown of the Fort Detrick lab.

One comment translated from Arabic said discrimination against a certain group of people won't help in fighting the outbreak. What the world really needs to think about, it said, is staying together in this fight against humanity's common enemy – the COVID-19 pandemic.

Should the United States be investigated by the WHO over COVID-19's origins? – English version

Should the United States be investigated by the WHO over COVID-19's origins? – Chinese version