Download
Xpeng: China's EV industry bracing for a knockout round
By Zhang Xinyuan 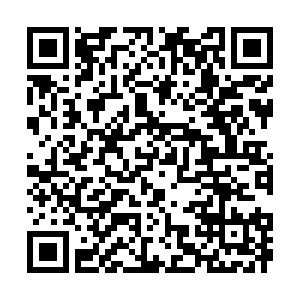 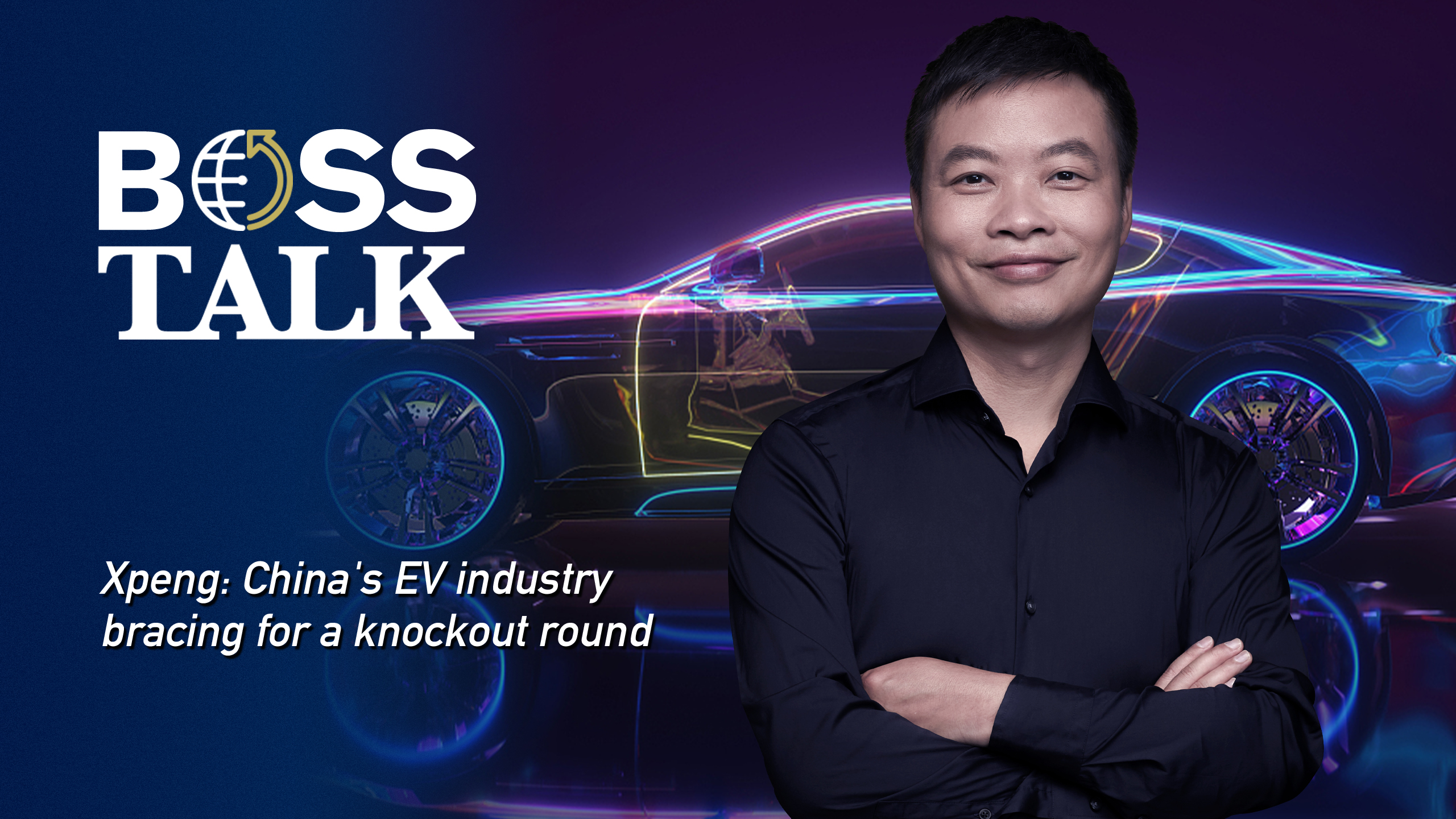 Thousands of electric vehicle makers have sprung up in the past few years in China, the world's largest market for this new energy trend.

Most of these start-ups will die eventually, and only a few will survive, according to He Xiaopeng, the chairman and CEO of one of China's top EV makers, Xpeng. To survive, the company is betting on smart technologies such as autopilot, which He believes will provide it with an edge to eventually conquer the domestic and international markets.

It's a crucial period for the 7-year-old EV maker. With fast-growing deliveries, the company's gross margins reached 11.2 percent for the first quarter, compared with negative 4.8 percent for the same period in 2020 and 7.4 percent in Q4 last year. The company delivered 13,340 cars in the first quarter, representing an increase of 487.4 percent from the same period the previous year.

However, compared to other homegrown EV start-ups, like NIO and Li Auto, Xpeng's deliveries and gross margins are lagging behind.

The three companies, all listed in the U.S., are dubbed China's home-grown challengers to Tesla. But currently, Tesla still dominates in China in terms of market share and deliveries. Tesla delivered 184,800 cars in China in the same period.

But Xpeng's chairman and CEO says he is not sweating over profit margin. He says he is content with the current performance and believes that the long-term goal is more important.

"Some of our peer companies have really good gross margins, it's mainly because they target high-end customers, and their scale will run into a bottleneck in a few years," said He.

He also told CGTN the company's autopilot software earned over 80 million yuan ($12.38 million) last year, which is an exciting trend for the Xpeng. If the software has better gross margins, as the trend catches up the company will create new products and business systems.

The company launched the Navigation Guided Pilot (NGP) in January. The feature allows drivers to automatically change lanes and overtake cars as well as enter and exit highways. The NGP is a challenge to Tesla's autopilot feature and Nio's system NIO Pilot.

The global semiconductor shortage has been wreaking havoc on the global car industry since last year, cutting down the manufacturing capabilities of the automobile sector across the world. However, He believes in the long term, it's good for China as it will prompt the country to ramp up chip manufacturing.

He also clarified rumors that Xpeng is developing in-house chips. "We are looking at many chip-related systems, but right now, we are still cooperating with our chip suppliers," he said.

China is currently the largest EV market and manufacturer in the world. Full-year EV sales could reach 2.4 million this year in China, according to a forecast by the China Passenger Car Association. Meanwhile, nearly half of the world’s plug-in electric car production and 90 percent of heavy-duty electric vehicle production was in China in 2020, according to The International Council on Clean Transportation. Some industry insiders are concerned about whether an EV bubble is building. "As long as there is demand, it's not a bubble," said He.

But He also warned the competition would become fierce in the next three to five years. The number of EV companies will be whittled down, with just a few left standing.

He Xiaopeng is the co-founder of Xpeng. He made his initial fortune by founding the browser UCWeb, which was sold to Alibaba in 2014. In the same year, the technocrat co-founded Xpeng's start-up team. A year later, the company was launched in southern China's Guangzhou.

Xpeng listed its shares on the New York Stock Exchange in August 2020. Seeking more capital to ramp up production and to hedge against the risks posed by the geopolitical tensions between the U.S. and China, Xpeng returned home and finished the dual primary listing on the Hong Kong Stock Exchange in July and raised $1.8 billion in the IPO. Company executives also revealed the firm will consider listing on the A-share market on the Chinese mainland in the future.

The following excerpts from an interview with He have been edited for clarity and brevity.

CGTN: How has the global chip shortage affected Xpeng?

He: The chip shortage is influencing car manufacturers around the world, and Xpeng is no exception. We are doing a lot of work and communication every week to minimize the influence. I think the chip shortage will go on for months, but I think it won't have that obvious impact in the long term.

The chip shortage will cause a big blow to China's automobile industry. It means we need to have a backup in addition to the chips we have. It will also prompt China to establish its chip system. So in the long term, the recent chip shortage will benefit China's development.

CGTN: Does Xpeng have plans to develop chips in-house?

He: We are looking at many chip-related systems, but right now, we are still cooperating with all of our chip suppliers and reach a win-win.

CGTN: Xpeng achieved positive gross margins for the first time in 2020, but still lower than peer companies, why?

He: You can see that Xpeng's goal is to make mid-to-high-end cars. Our cars' prices are between 150,000 to 400,000 yuan. Our sales numbers allowed us to reach a gross margin of more than 10 percent with this price range; it's already pretty good.

We can see that most car-related companies in China have a gross margin of 10 to 20 percent. Still, their scale is a lot bigger than Xpeng, so we are confident that our scale will grow tremendously after the market improves, and our gross margin rate will also improve.

Some of our peer car companies have really good gross margins, it's mainly because they target high-end customers, but their scale will run into a bottleneck in a few years; we are observing it. So it doesn't matter who has a better gross margin first. What's important is the long-term goal.

We don't pursue the whole company's good profit. Still, we care about our products' gross margin, including both hardware and software gross margin.

Last season's financial report showed that our autopilot software earned over 80 million yuan for the first time. This product's gross margin is rather good. So I think this trend is just beginning. The software gradually has better gross margins. As the trend progresses, I think it will create brand new products and business systems.

He: I don't think so. The most important things are long-term development as well as technological and product innovation.

Next is expanding the scale. Exactly how big of the scale will bring profit? Most of the time it's determined by the companies themselves. For example, if the R&D investment is low, then the company will profit early. But for us, if we want to compete globally, R&D is indispensable. This year we will more than double what we invested in R&D last year, and I think we will also invest a lot next year. The R&D investment is for 2025, when the fight turns from qualification to the knockout round. That's what we are focusing on.

CGTN: Recently, electric car companies such as Tesla were involved in many incidents, such as violating users' data privacy and alleged brake malfunction. How does that influence the electric car industry?

He: It will create some concerns for potential customers over electric cars. They will have some confusion. But I think as time goes by, the customers will soon regain their confidence.

CGTN: Some analysts think China's electric car industry is developing too fast, which might generate a big bubble. What's your take on that?

He: I think as long as there is demand in the market, it's not a bubble.

In the following five to 10 years, we will enter an active mobile internet era, which means that the mobile devices will move by themselves. Cars are among them.

It's a combination between hardware, software, internet operation and offline service scenarios. It's a massive market. But in the next three to five years, things might look like what happened to the first generation of Chinese smart car start-ups. The number of electric car companies goes from hundreds to just a few. I think it's a painful, yet also a happy process.

CGTN: Many internet giants are tossing their hats into the electric car industry. How will that influence Xpeng?

He: Competing with strong competitors around the world will make you stronger. Eventually, in the global market, there will only be several innovative car companies left. Like in this year's smartphone market, each player has a sizeable portion, and they take the major part of the market.

In terms of the supply chain and R&D system, with more talents joining the industry, they will become the foundation of the bigger talent pool in the future. To customers, this means that completely innovative smart electric cars will arrive sooner. I think it's the process of multi-party operation.

CGTN: Xpeng is a newcomer to the car industry. The brand's history and recognition are lacking. Will that present challenges to Xpeng's domestic and overseas development?

He: You see, there are many new consumer brands in China. Xpeng now has tied its brands with smartness. I think it's great.

Most Chinese carmakers are not putting their brands in the overseas market, especially to the consumer's market, the ultimate customer's market. To us, it's a zero to one process. During this process, it's who has the best technology and the best innovation has the biggest value. We are not worried. We are delighted to be able to compete in this completely new lane.

CGTN: Xpeng's sales numbers have been climbing since the end of last year. Will that drive up Xpeng's stock price?

He: I think to run a company is to look at the long-term development, and the stock market and secondary market fluctuations are short-term.

I basically don't look at the secondary market. As the founder of a company, I need to think about long-term development, do things well step by step. That's the most important thing. So we wouldn't make certain moves just for short-term gains.