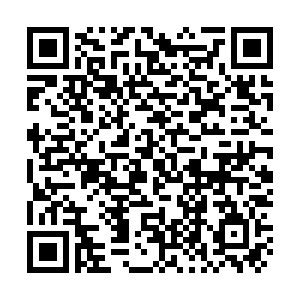 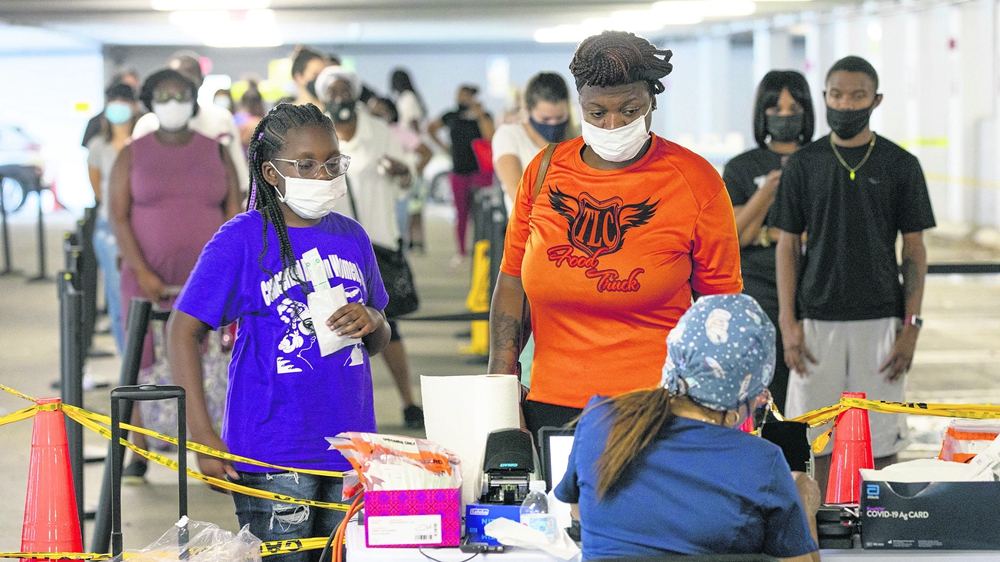 Kristal Thompson, 36, right, and her daughter Skylar Clinch, 8, left, register to get tested for COVID-19 at a testing center inside Joseph Caleb Center in Miami, U.S., July 30, 2021. /CFP

Kristal Thompson, 36, right, and her daughter Skylar Clinch, 8, left, register to get tested for COVID-19 at a testing center inside Joseph Caleb Center in Miami, U.S., July 30, 2021. /CFP

The U.S. on Monday finally reached President Joe Biden's goal of getting at least one COVID-19 shot into 70 percent of American adults - a month late and amid a fierce surge by the Delta variant that is swamping hospitals and leading to new mask rules and mandatory vaccinations around the country.

In a major retreat in the Deep South, Louisiana ordered nearly everyone, vaccinated or not, to wear masks again in all indoor public settings, including schools and colleges. And other cities and states likewise moved to reinstate precautions to counter a crisis blamed on the fast-spreading variant and stubborn resistance to getting the vaccine.

"As quickly as we can discharge them they're coming in and they're coming in very sick. We started seeing entire families come down," lamented Dr. Sergio Segarra, chief medical officer of Baptist Hospital Miami.

The Florida medical-center chain reported an increase of over 140 percent in the past two weeks in the number of people now hospitalized with the virus.

Biden had set a vaccination goal of 70 percent by the Fourth of July. That figure was the low end of initial government estimates for what would be necessary to achieve herd immunity in the U.S. But that has been rendered insufficient by the highly contagious Delta variant, which has enabled the virus to come storming back.

The U.S. still has not hit the administration's other goal of fully vaccinating 165 million American adults by July 4. It is about 8.5 million short. 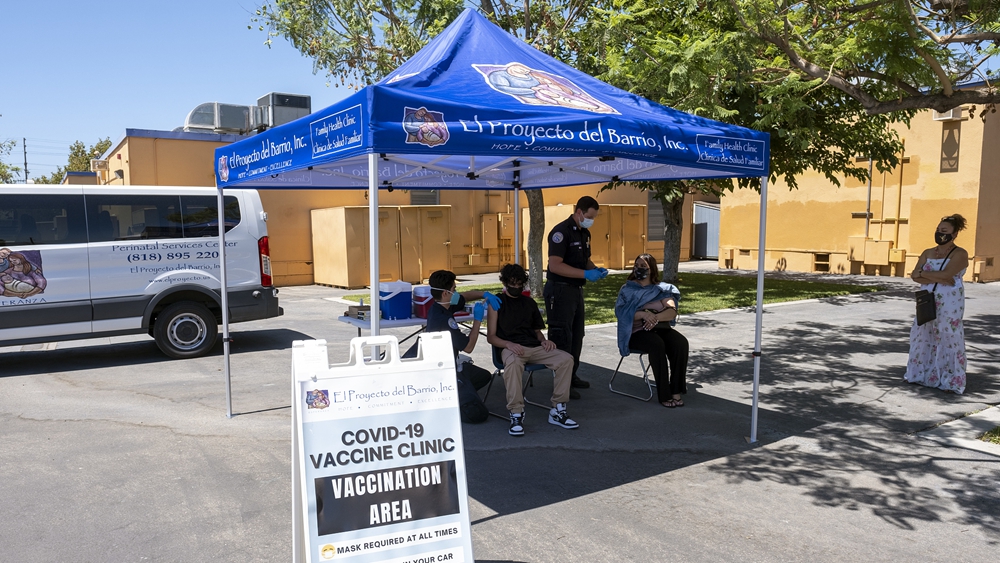 Those are still well below the 3,400 deaths and a quarter-million cases per day seen during the worst of the outbreak, in January.

But some places around the country are watching caseloads reach their highest levels since the pandemic began. And nearly all deaths and serious illnesses now are in unvaccinated people.

White House press secretary Jen Psaki said a nationwide vaccination requirement "is not on the table," but noted that employers have the right to take such a step.

The U.S. Senate saw its first disclosed breakthrough case of the virus, with Republican Senator Lindsey Graham of South Carolina saying he has mild symptoms.

Vaccination rates in some Southern states are far lower than they are New England. Vermont has fully inoculated nearly 78 percent of its adult population. Alabama has just cracked 43 percent.