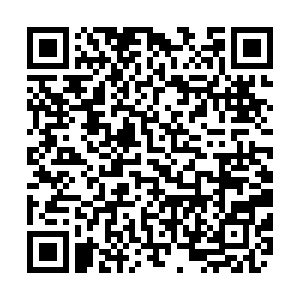 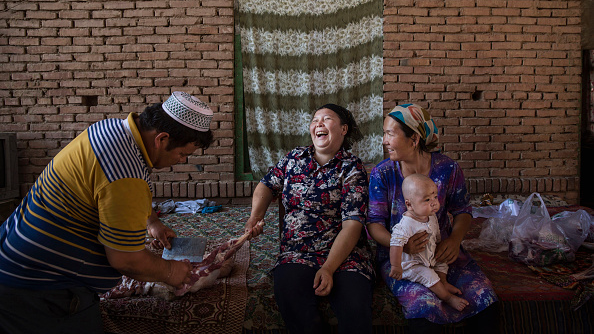 Uygur women laugh as a man butchers meat while preparing food at their home, September 12, 2016. /Getty

Uygur women laugh as a man butchers meat while preparing food at their home, September 12, 2016. /Getty

Xinjiang, officially known as the "Xinjiang Uygur Autonomous Region," has somehow been exposed to the world as a place of "forced labor," "forced sterilization" and "suppression of indigenous minorities." Western media has propagated the allegation against China of "violations of human rights" and "crimes against humanity" in this strategically important autonomous region.

In fact, people outside China only receive the news on that region through Western media. The news generates a general concept that though China has progressed to a great extent in economy, education, science and technology, attitudes of Chinese authority towards other religious and ethnic peoples have not much changed.

It may be mentioned that different scenarios can be seen in other Chinese areas like Lanzhou City and Qiubei County. Through YouTube videos presented by travel vlogger and YouTuber Trevor James and Laotai Arui, we can see a happy, prosperous and harmonious life of Chinese Muslims in those areas.

Since the mid-1980 I've had the opportunity to be associated with many Chinese people, in particular Chinese aeronautical technicians, very closely. Since that period, a good number of technicians have been staying in Bangladesh. I've also visited a few cities in China for my official tours. Their humble behavior and warm hospitality overwhelm me. Truly speaking, I have been expecting comprehensive information from Chinese authorities on this burning issue to clear my dubious mind.

It was a matter of appreciation that Chinese authorities made special efforts to arrange a virtual briefing on the Xinjiang Uygur Autonomous Region with the noble objective to clarify general misperceptions about Xinjiang issues broadcast in the media. The briefing was conducted with the title "Xinjiang is a Wonderful Land" on March 19, 2021, jointly by the China Embassy in Malaysia and the Xinjiang Uygur Autonomous Region Authority.

Representatives from Xinjiang, the China Embassy in Malaysia and the Malaysian government, political parties, universities, think tanks and NGOs participated in the briefing. Various written questions were put forward by the Department of Syariah Judiciary of Malaysian (JKSM), the International Institute of Islamic Thought and Civilization (ISTAC), the International Islamic University Malaysia (IIUM), the Muslim World Research Center (MWRC), the Malaysian Chinese Muslim Association (MACMA), the Malaysian Chinese Association (MCA) and Sinchew News media that were answered and discussed very elaborately by the representatives of the Chinese government.

I availed the opportunity to attend the briefing on a virtual platform to have a clear picture of the Xinjiang situation. The virtual briefing was vibrant and the speakers enthusiastically accepted written questions from participating members.

Xinjiang, located in northwestern China, holds a geopolitical strategic importance. It has a border with eight countries: Mongolia, Russia, Kazakhstan, Kyrgyzstan, Tajikistan, Afghanistan, Pakistan and India. It has been an important route of communication between the East and West with the history of being a part of the famous Silk Road.

Significantly, Xinjiang is the home of various ethnic cultures and multiple religious communities. A considerable part of the population follows Islam. It should also be mentioned that Xinjiang is the core area on the Belt and Road Initiative (BRI).

For the last few years, the Western world has been showing their concern about the "violations" of human rights and "genocides" by Chinese authorities in Xinjiang against Uygur ethnic and religious minorities, especially the Muslims.

The media reports were prepared mainly based on a few research papers and false information about massive surveillance by Chinese law enforcement agencies over Uygur Muslims and placing thousands in "concentration camps." It has also been reported about "forced sterilization" of Uygur women which may be considered a "crime of genocide." In addition, accusations of "forced labor" have also been raised by the Western media which can be termed as a "violation" of human rights. 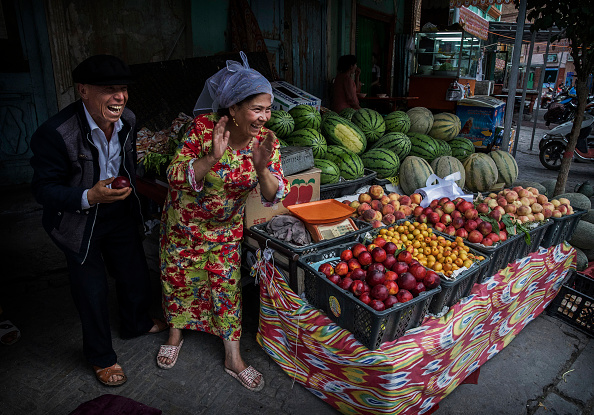 Ethnic Uygurs joke with a customer at their fruit stall, June 28, 2017. /Getty

Ethnic Uygurs joke with a customer at their fruit stall, June 28, 2017. /Getty

It was also learned that all mosques are provided with normal utility services like water, electricity, natural gas, radio and television. It is also encouraging to note that since 1996, the government of Xinjiang has been arranging chartered flights to Saudi Arabia every year for holy pilgrimages to Hajj.

Special attention has been given to Xinjiang people, particularly to ethnic minorities, to alleviate poverty through appropriate human resources. Food, compulsory education, basic medical services, shelters and safe drinking water are ensured for all.

In the question-and-answer session, the "forced labor" issue was elaborately countered. A clear idea was given on Chinese law and how the law is implemented to ensure human rights in Xinjiang. It is depicted from the above information that questions of "forced sterilization," "forced labor" and "suppression" of Uygur Muslims might be the propaganda of the Western world to defame China's emerging image.

In general, the briefing provided the participants with all necessary information to understand the present situation in Xinjiang. The speakers offered an invitation to all to visit the beautiful land Xinjiang to get the experience of the real situation there. Regular interactive sessions and arrangements of visits for government officials, think tanks, NGOs and media people from different parts of the world would definitely help to clarify the real situation of Xinjiang.