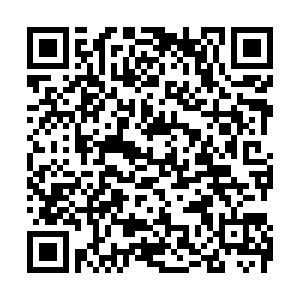 Chinese State Councilor and Foreign Minister Wang Yi on Friday slammed external interference in the South China Sea issue as the Chinese diplomat called the situation there "stable in general."

Wang made the remarks while attending the 28th Association of Southeast Asian Nations (ASEAN) Regional Forum.

Freedom of navigating operations is protected by law, said Wang, hailing it a joint achievement made together by China and the ASEAN countries.

He said that China will work further with the ASEAN countries – based upon the Declaration on the Conduct of Parties in the South China Sea – in reaching an effective and solid Code of Conduct in the region that fulfills international regulations.

Those who abuse the power of freedom of navigation and take provocative actions to sovereign countries along the South China Sea are totally going to be opposed by relevant countries, he added.

Non-interference in other countries' internal affairs is the fundamental principle of the UN Charter and the basic norms of international relations, the rightful principle for practicing multilateralism, and it is also the protection for developing countries to safeguard their sovereign independence and legitimate rights and interests, Wang said.

"All countries should be equal and should strengthen exchanges and understanding in the spirit of mutual respect," Wang said, stressing that they should not impose their own likes and dislikes on others, interfere in the internal affairs of other countries under the guise of democracy and human rights, and even seek geopolitical self-interest.

Most of the East Asian countries have a common experience of being bullied in their history, and in this era, there should be no more "teachers" or "saviors," Wang noted, adding the destiny of each country is in its own hands, and the future of the region should be created by all countries together.

Noting of the Myanmar issue, Wang pointed out that the international community should earnestly respect Myanmar's sovereignty and the choice of its people, adding that China supports ASEAN's appointment of Erywan bin Pehin Yusof, Brunei's second minister of foreign affairs, as special envoy to Myanmar.

China supports parties in Myanmar in seeking a political solution through dialogue within the constitutional and legal framework, he noted.

The most urgent task is to strengthen cooperation in vaccine production to safeguard people's health and safety, Wang stressed.

China offered 100 million U.S. dollars to the COVID-19 Vaccine Global Access (COVAX) facility to meet the needs of developing countries to combat the virus, Wang noted, adding that it's another major move of China which shows its responsible attitude. 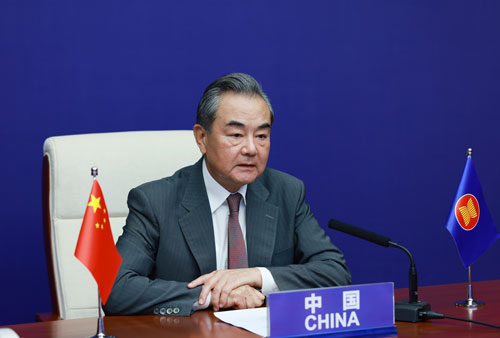 Wang calls for easing sanctions on the DPRK

Commenting on the Korean Peninsula issue, Wang called for invoking the reversible provisions in the United Nations Security Council resolutions on sanctions against the Democratic People's Republic of Korea (DPRK) and ease sanctions. The move will create a positive atmosphere for restarting talks and help to break the deadlock, he said.

Wang noted that it has been several years since the DPRK last tested a nuclear weapon or an intercontinental ballistic missile (ICBM). So the country's legitimate concerns need to be addressed, he added.

It will be unconstructive if the United States and the Republic of Korea go ahead with a plan to hold a joint military exercise, he said. The U.S. should not take any action that could result in an escalation of tension if it really wants to resume dialogue with the DPRK, he warned.

China will continue to support advancing denuclearization of the peninsula in a balanced way and establishing peace mechanisms to strive for the political settlement of the issue, he said.

He also called for strengthening multilateral cooperation to jointly respond to non-traditional security challenges, as well as issues concerning extreme climate, terrorism, cross-border crime, and cybersecurity, among others.

China supports the formulation of the UN convention against cyber crimes and looks forward to working with other countries to safeguard cyber security, he said, noting of the Global Initiative on Data Security proposed by China.

The initiative calls for no use of information technology to steal important data from other countries or illegally collect information about citizens, and no "backdoors" to IT products and services.

The changes in the Afghanistan situation have sharply raised the risk of terrorism in the region and all parties should pay acute attention to this and take effective measures to prevent it, he added.