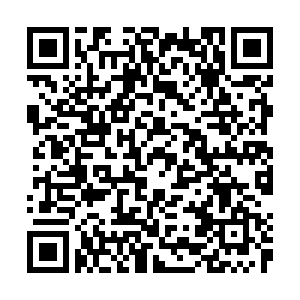 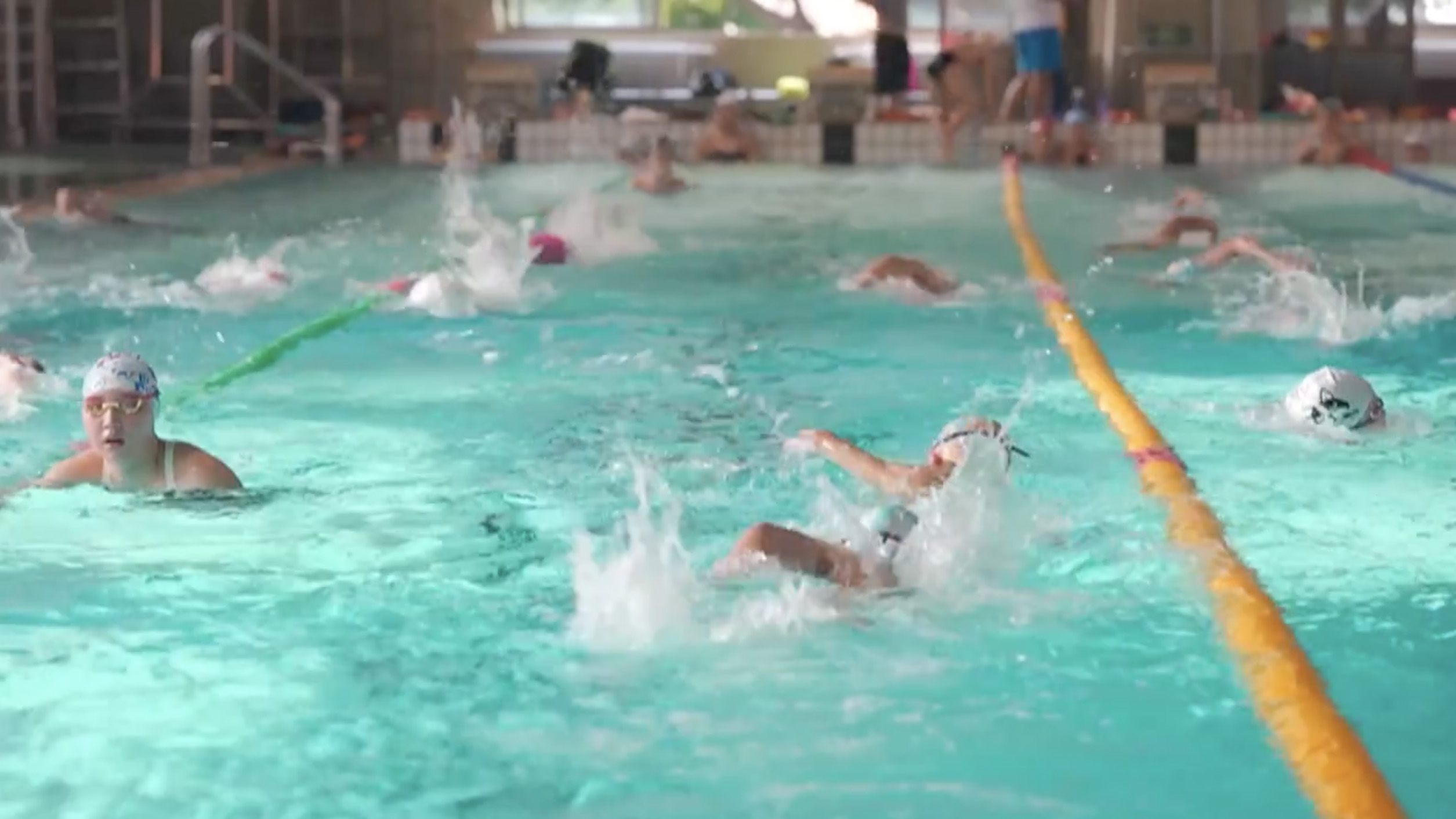 China has long been considered a powerhouse in every Olympics.

At the Guangzhou Polytechnic of Sports, a full-time vocational school for youngsters hoping to unlock their athletic abilities, kids of the diving team practice their skills on the diving platform at the diving hall. And they try to make as little a splash as possible.

The campus has 14 sports teams and diving is just one of them. Among others are swimming, wrestling and trampoline.

For many young children here, the school is more than a sports training ground. It is also the start of what they hope will lead to a long and rewarding career in their chosen sport. They're also inspired by the school's alumni who have become decorated Olympians. 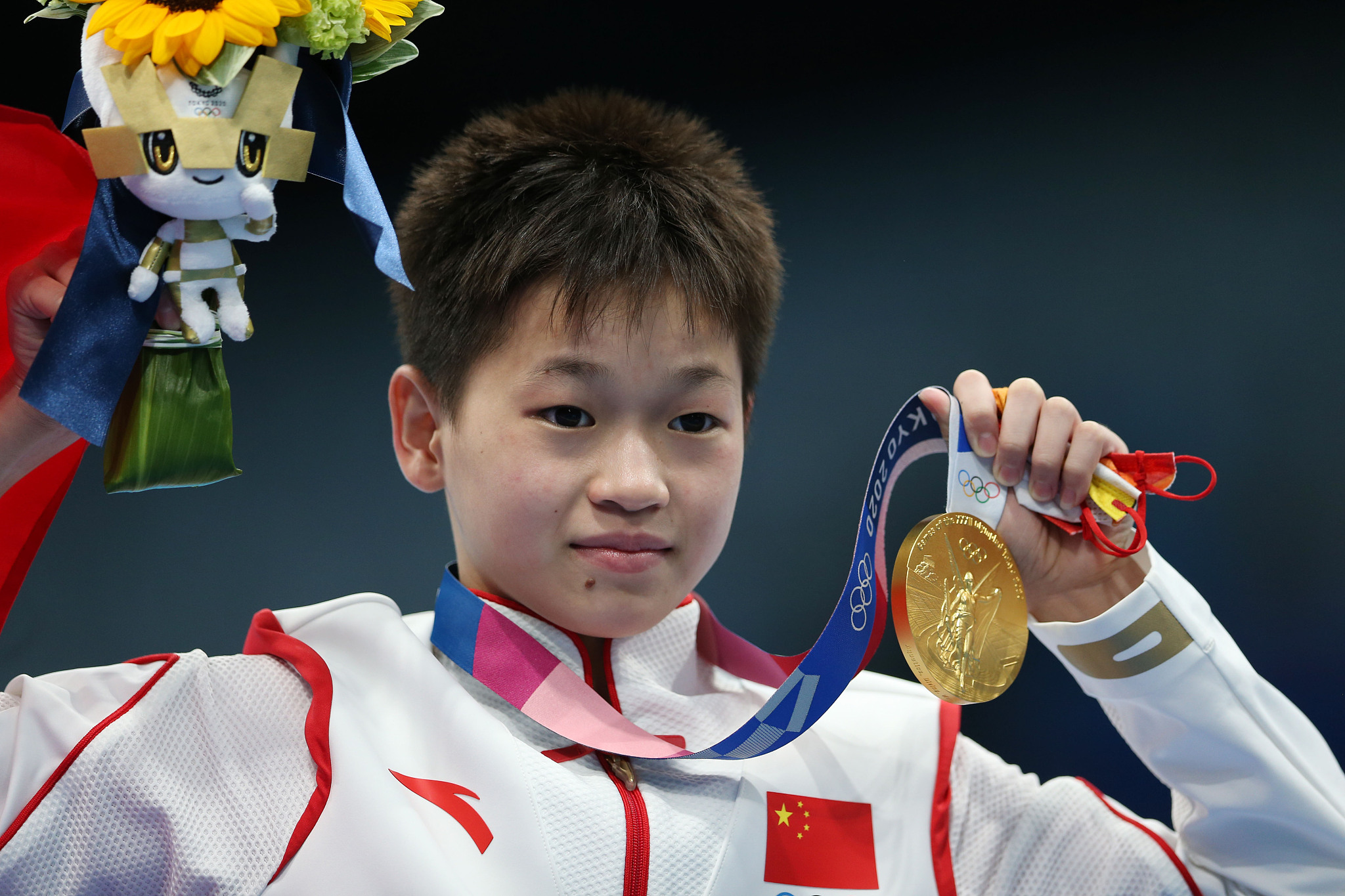 China's teenager diver Quan Hongchan celebrates on the podium after winning the women's 10-meter platform event of the Tokyo Olympics at the Tokyo Aquatics Center in Tokyo, Japan, August 5, 2021. /CFP

China's teenager diver Quan Hongchan celebrates on the podium after winning the women's 10-meter platform event of the Tokyo Olympics at the Tokyo Aquatics Center in Tokyo, Japan, August 5, 2021. /CFP

Since its founding in 1973, the school has nurtured a total of eight Olympic champions, along with 39 world champions.

Tan Qingyu has been the school's diving coach for over 30 years. She says there's a lot of hard work that goes into training, but they make sure the kids enjoy their sport.

"Sports training requires hard work and concentration. But these are children, and children are playful. Therefore, sometimes we give them the freedom to express themselves, let them do whatever movements they like so that they feel the beauty and joy of the sport," she said.

But she also spoke of how competitions could mold the students' personalities.

"Every year our kids will take part in a couple of competitions and will go through a lot of successes and failures. Everyone wants success, but learning how to stand up again after failing and continuing to challenge oneself is more important," Tan said.

Only a few can end up being world-record breaking athletes or Olympic medalists. But Tan and the school hope the love for sports will not only bring out the best of their physical abilities, but also the children's sense of fair play, sportsmanship and strength of character.