Download
Chart of the day: People who say they suffered COVID-19 before Wuhan outbreak
CGTN 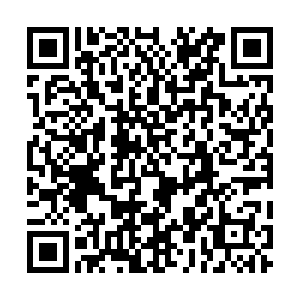 "Yes. She had what they thought was pneumonia last December. She developed purple blisters on her toes and took photos. The doctor held on to those and recognized them when 'Covid toes' were an identified symptom. They tested and she had the antibodies."

Along with Sturgis, there are many other users on the platform who have shared experiences, either of their own or those of close family, of having COVID-like symptoms before the first coronavirus case was reported by China. 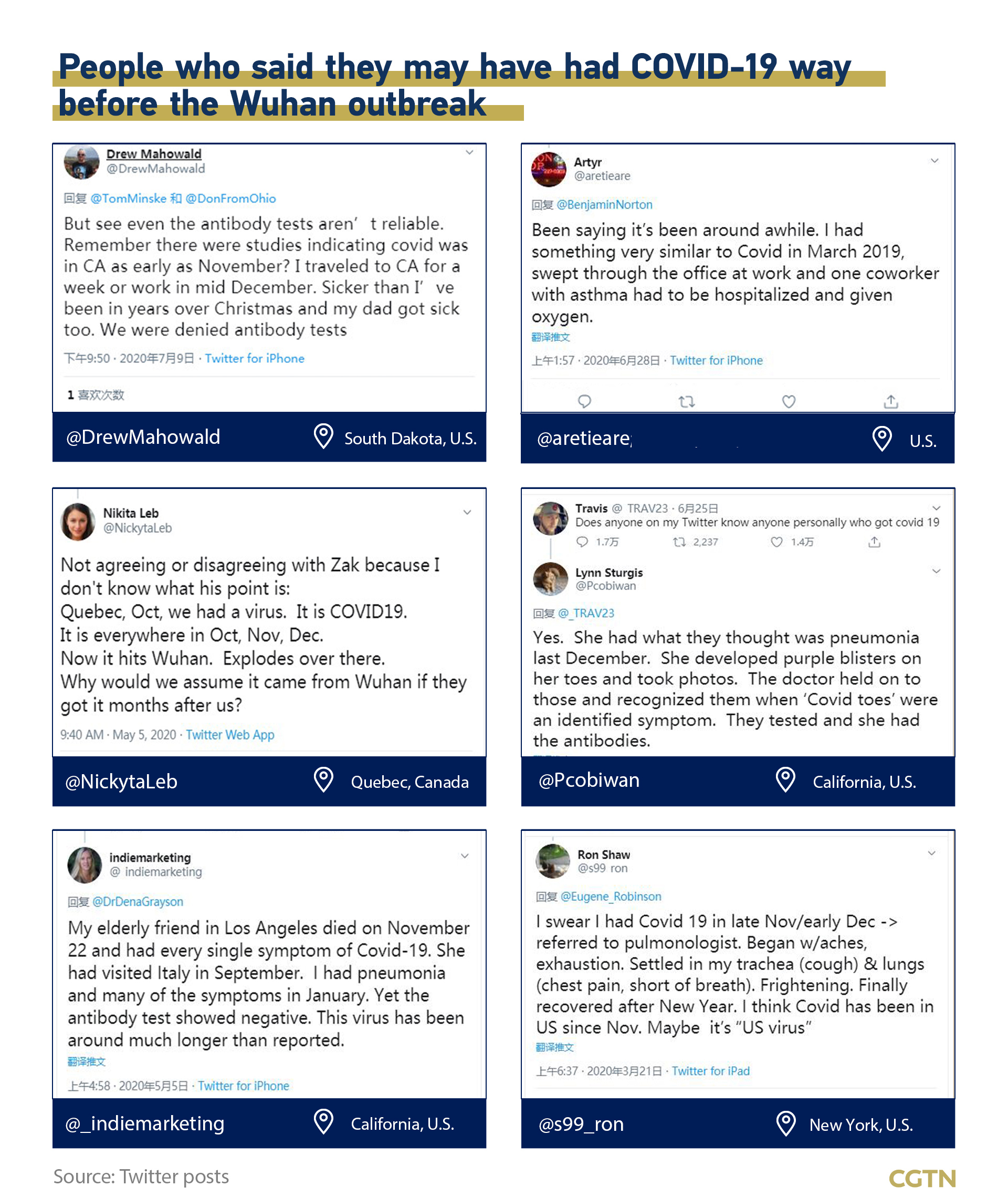 Posts like Sturgis' have fueled speculation about the real origin of coronavirus.

In March 2020, then Director Robert Redfield of the U.S. Centers of Disease Control confirmed the misdiagnoses, admitting that some Americans seemingly dying from flu tested positive for the novel coronavirus. Among the 34 million influenza patients, with a death toll of 20,000, how many were misdiagnosed and actually died of coronavirus? When did the misdiagnoses start? And did it actually start from August 2019? These questions are vital. The world is waiting for an explanation from the United States.

Not only Twitter users from the U.S., those from the United Kingdom, Canada and other countries and regions have joined the discussion and shared their potential index cases.

Based on the claims, multiple people in the United States and the United Kingdom experienced COVID-like symptoms in 2019. The symptoms started in these countries in August, and surged from October.

Besides anecdotes from netizens, academics have also been tracing the origin of COVID-19 ever since the outbreak. Scientists have found coronavirus in sewage and blood samples in six countries since early 2019.

COVID-19 origin tracing is a scientific issue. The Chinese government has long supported the science-based investigation of the COVID-19 origins, but opposes politicizing the issue.

"We believe the second phase of origin tracing should be an extension of the first one, guided by the Resolution WHA73.1 and conducted after thorough discussions and negotiations among all WHO members. What was done in the first phase of origin tracing, especially by those that have reached a clear conclusion, should not be repeated," said Zeng Yixin, vice minister of China's National Health Commission.

"What should be carried out is the origin tracing of early cases, molecular epidemiology, and intermediary hosts in multiple countries and regions based on extensive consultations among WHO members."