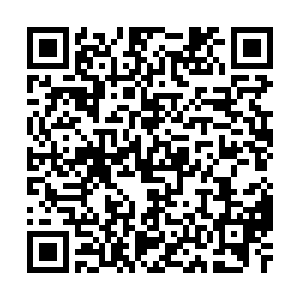 An afforestation project aimed to build a great "green wall" in Aksu Prefecture of northwest China's Xinjiang Uygur Autonomous Region has been transforming the vast desert into an oasis.

The Kekeya Green Project is aimed to prevent further desertification and reduce the impacts of sand and dust storms on nearby residents.

Launched in Kekeya in 1986, the project was completed in 2015. In Uygur, "kekeya" refers to gullies, meaning trenches through which water often runs after it rains. But in Kekeya, rainfall was scarce.

Located at the northwestern edge of the Taklamakan, the largest desert in China, Kekeya was notorious for its erratic weather and constant sandstorms.

"We have built a shelter forest on the edge of the city. The aim is mainly to prevent the invasion of wind and sand," said Zhang Zhijun, senior engineer of Aksu Forestry Bureau.

Song Jianjiang, a forest ranger of the Green Project, has lived in Kekeya since the tree-planting project began over three decades ago. "The project has brought earth-shaking changes to Aksu's environment," Song said. "Now, we see trees grow day after day, [with] blue skies and white clouds. The air quality is also very good. We are very proud and happy to see all this."

The project has turned the desert into an oasis, attracting throngs of tourists to observe the beauty of the unique landscape.