Download
No one has deputized U.S. to police South China Sea
Bobby Naderi 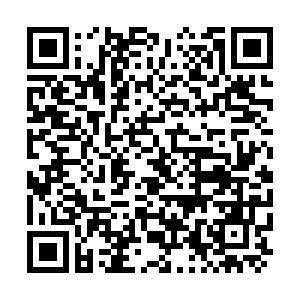 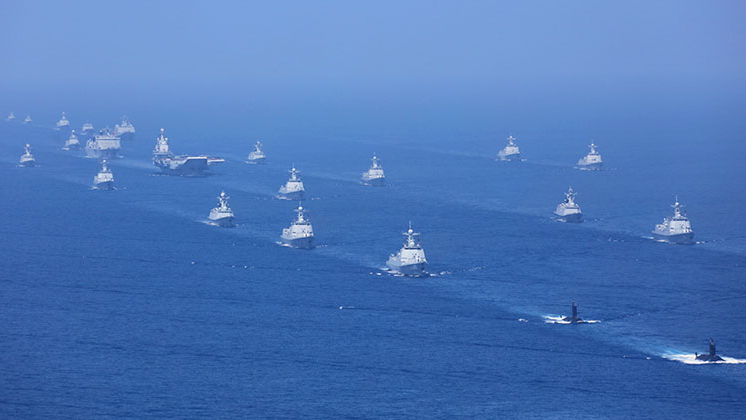 Succumbing to a monumentally self-destructive ideological fever, the U.S. government says it has sent naval and air patrols to the South China Sea to challenge China's claims of sovereignty over the strategic region.

According to the U.S. Navy, the idea is to assert the freedom of navigation through joint naval exercises with allies including NATO nations, and also signal to competitors that the American military "remains ready at the high end of warfare expressly because of its global operational commitments."

But things have changed and the Americans cannot save face. They cannot maintain the status quo or eternally seek to demonize China "with a sense of urgency." More specifically, they cannot make the rules in the South China Sea.

It is the false shame of fools to try to conceal the fact that contrary to Washington's shallow concerns, China poses no threat to its neighbors. The U.S.-led naval drills have a great deal to do with keeping the illusion of "China threat" going in the region and under deliberately fraudulent pretenses. It goes much deeper than that. Stupidity also got Washington into the trade war mess with China and it just can't get out.

It's true that the "Empire of Chaos" always puts profit and regional designs above all other considerations, including dialogue. Dialogue with China is off the table because such actions do not profit the military-industrial complex and the cult of endless war. Divide and rule is colonial routine and provocation is profit. Destabilizing is the trend and supporting chaos and distrust is progress. In a similar fashion, prolonging the trade war with China is good for big business.

We know this because the foreign-policy establishment in Washington is now well beyond showing disagreements and successful media inquisitions of the past. Slanderous accusations long confined to vilifying China have crept into greater accusations and paranoia. "The U.S. strategy of integrated deterrence toward China is critical to maintaining peace in the region" and "action against China has to occur now" is the final recourse of smear to stop deviations from the regional program of hugely profitable enemy hate and imaginary hostility.

The ruling big lies of the War Party and corporate militarization have divided into united camps. The media and the Biden White House support each other non-stop on the anti-China stage, while their perceived allies take sides behind the scenes and as extras. No wonder fake news is the medium of battle that may continue into the unknown future. 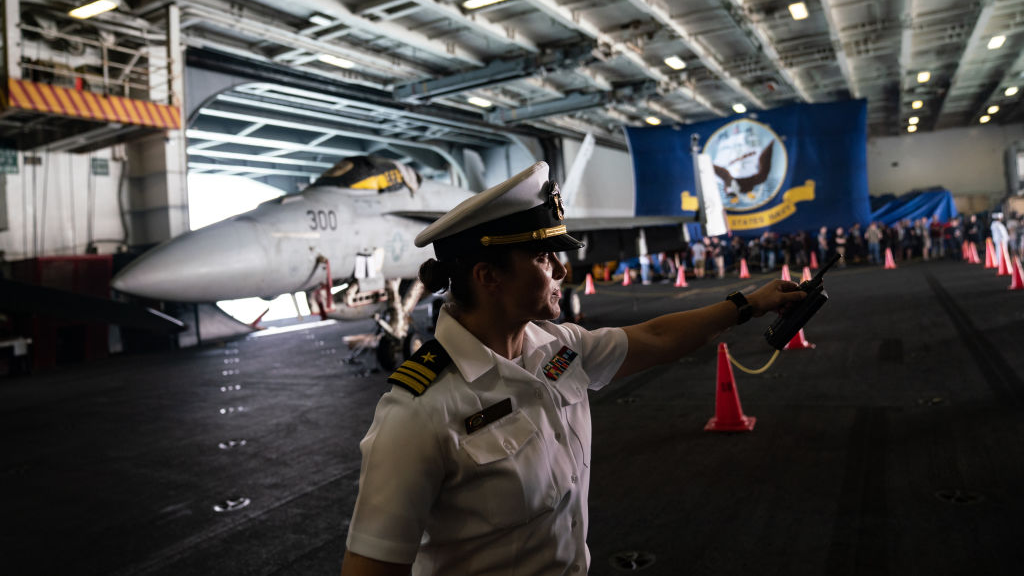 A U.S. Navy officer stands on board the USS Ronald Reagan, a Nimitz-class aircraft carrier and part of the U.S. Navy 7th Fleet, as it sits anchored in Hong Kong, southern China, November 21, 2018. /Getty

A U.S. Navy officer stands on board the USS Ronald Reagan, a Nimitz-class aircraft carrier and part of the U.S. Navy 7th Fleet, as it sits anchored in Hong Kong, southern China, November 21, 2018. /Getty

Put crudely, military provocations accompanied by arms sales and an undisclosed number of U.S. naval forces in the Asia-Pacific region could increase the likelihood of a violent confrontation.

There is a strong possibility that Washington is succumbed to a monumentally self-destructive ideological fever with all those naval movements and media lackeys, granting "safe haven" to Hong Kong residents, undermining the "one country, two systems" architecture for the city's governance, warning American businesses of the "growing risks" of operating in the Asian financial hub, selling arms to the Taiwan region, and shrugging off pressure campaign from American business groups to remove tariffs on Beijing – whatever it takes.

The plan to sell arms and pour gas on the fire to fend off any attempt by Beijing to keep the region together fits neatly within this same basic strategy. It throws a wrench in Beijing's plan to protect its sovereign borders and put an end to any plan to divide and destabilize the area. A weaker, fragmented South China Sea cannot pose any threat to Washington's regional ambitions and colonial designs.

There can be no real dialogue and understanding under such policy, unless the regional community supports Beijing's action to ensure a democratic and fair regional order based on strict respect for the norms of international law, the United Nations Charter, recognition of the unquestionable value of cultural and civilizational diversity, national sovereignty, and the right of the countries to decide their futures freely and without external threat and pressure.

The strange thing is that no one has deputized the U.S. and its naval forces to police the South China Sea. America did the right thing to leave Afghanistan after almost 20 years of bloodshed and no victory, and also to transit troops in Iraq out of any "combat" role. The silly thing now is to get itself ensnared in a new stratagem it knows lacks purpose, benefits no one, and leaves open the possibility of yet another similar failure in the future.

Here is the deal. The U.S. and the extras should stop all the flag-showing, the flowery speeches and self-congratulatory messages. It makes sense of more or less nothing at all. It won't work as either map or compass. They should stop dispelling the reality of China and seeing it as an "imaginary enemy." For any solution to work, there has to be broad cooperation with China across all political spectrum to make common cause in addressing everything. Such a political counter-offensive must begin immediately as no conceivable alternative exists.