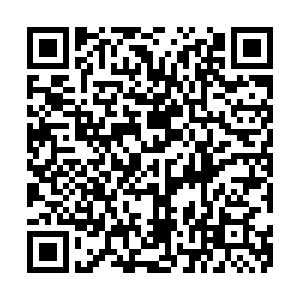 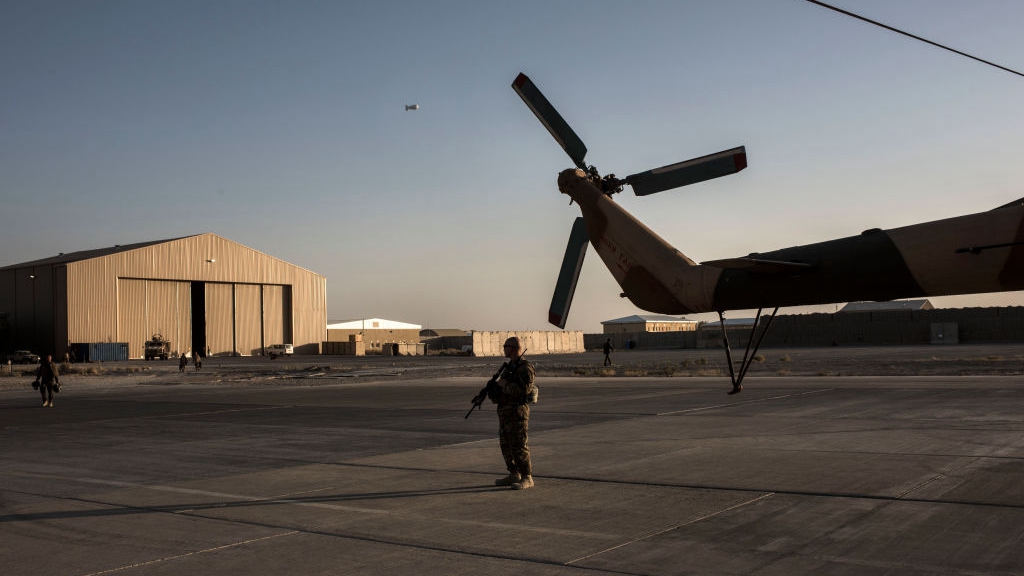 A member of the United States Air Force keeps watch over the runway at Kandahar Air Field in Kandahar, Afghanistan, September 9, 2017. /Getty

A member of the United States Air Force keeps watch over the runway at Kandahar Air Field in Kandahar, Afghanistan, September 9, 2017. /Getty

With the Afghan government losing ground to the Taliban and provincial capitals starting to be contested, the former head of the U.S. army in Afghanistan says it would be "impossible to argue" that the War on Terror had been worthwhile.

According to Stanley McChrystal, the former Joint Special Operations Command and Afghanistan War commander, the unending battle against ever-changing terrorist organizations and groups launched as a response to the 9/11 attacks in the U.S., "was not worth it."

Such a shattering conclusion by an American general should be a cautionary tale for the capital of war-making Washington to not go beyond its bogus war in these difficult times. That's because years later in the name of pre-empting, the U.S. and its coalition partners brought the same level of desolation to Libya, Syria and Yemen.

Fast forward today, the U.S. continues to profit from the forever war by igniting arms races and open-ended foreign deployments. The U.S. has even gone further by provoking China and Russia, pushing for government change in Venezuela, imposing more sanctions on Cuba and expanding its military presence in the Asia-Pacific region.

Neither peace nor victory

It is now a telling yarn that America's disastrous crusade against those that hated freedom or America transformed their unfortunate countries into a living nightmare and a spawning ground for international jihadists and sectarian conflicts. In its eagerness to export "democracy and liberty," war-happy Washington destabilized the planet too.

Although the "Empire of Chaos" is in a condition of neither peace nor victory in Afghanistan, Iraq, Syria and Yemen, it's still got the audacity to go to other regions like the South China Sea pretending to sell security insurance. If this seems like perpetual madness on the loose, it surely is because only regional countries can take care of their security and not those who sell fictitious security covers.

Evidently, the interventionists have no intention to help themselves out of the present supply of crises. International law ought to represent a distillation of humanity's experience of evils and the remedies to prevent them. But the U.S. is deliberately choosing to violate those treaties and laws in the name of pre-empting. 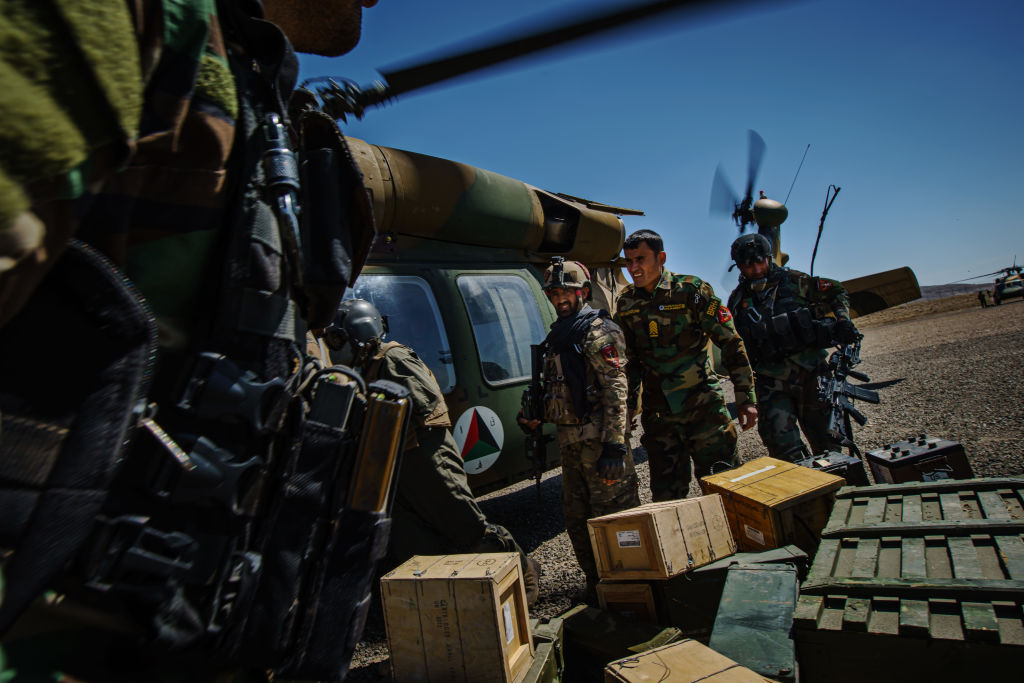 Afghan commandoes help unload ammunition from a UH-60 Blackhaw during a resupply mission to an outpost in Ghazni Province, Afghanistan, May 9, 2021. /Getty

Afghan commandoes help unload ammunition from a UH-60 Blackhaw during a resupply mission to an outpost in Ghazni Province, Afghanistan, May 9, 2021. /Getty

If only like McChrystal, the Biden administration officials could summon up the courage to acknowledge their pointless security concerns over China exposed as a fraud and a decoy that could easily make the Asia-Pacific less safe, and initiate the long overdue discussion of how best to chart a different path that doesn't end with a similar catastrophe. Regrettably, they are busily intervening in the worst possible way in the region's politics in the name of "rules-based international order."

What the Middle East was to former President George W. Bush in 2001, the South China Sea is to President Joe Biden in 2021 – a place to assert might with impunity and hard-nosed disregard for international law and national sovereignty. How come no one calls out Washington for going around with a can of gasoline in one hand and a box of matches in the other, pretending to sell fire insurance in an atmosphere of paranoia?

The scorched circus of War on Terror, the inability to get out of the quagmire, the imperial plunder and the soaring economic-psychological costs are just some of the appalling realities of the war today that the U.S. is still unable to put out of its foreign policy mindset. Put differently, the terror war was all a fever dream and a mass delusion.

For how long is the world supposed to witness a replay of the forever war after it was first demonstrated to inevitably fuel terrorism and instability at a scale unimaginable, even in the United States?

As it turned out, the bloodcurdling war was by no means just about the normalization of atrocity, rendition flights, torture programs, or drone assassination and indefinite detention of foreigners without charge. It was also about domestic surveillance, detention and immigration suppression, Islamophobia, xenophobia and bloated military budgets in the U.S.

The architects of the war are right to declare terrorism as a persistent threat to mankind, but they fail to mention which countries helped to create the mess only to exploit it for various purposes, one of which was to challenge the Russian power in Ukraine and Eurasia and to contain Iran with which Washington is at odds in the Muslim world.

To do a little calculating, the "worthless" War on Terror began and failed in Afghanistan but never stopped there. No matter how many times it is rebranded, unless it is abolished, the catastrophic events of the Middle East may occur elsewhere in grim ways unimaginable. This should leave war-happy Washington with enough purpose to recognize the danger and bring it to an end.