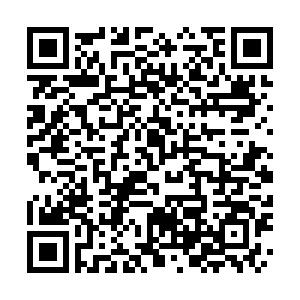 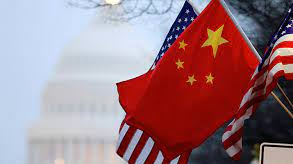 There's little sign of progress, if any, in the relations between the two titans across the Pacific. Tensions that were unfathomable a couple of years ago are taking an incendiary crescendo. When the diplomatic normalcy that dominated Beijing-Washington ties for nearly half a century is relegated to the dustbins of a bygone era, new realities set in. The pandemic has fueled the feud as a result of a spate of issues that are still out there.

Should the two countries continue tussling over the origin of the still fast-spreading COVID-19? How can the two properly deal with the bad blood in areas ranging from economic matters to human rights? A bifurcated or multipolar world? Is there a saving grace? Career U.S. diplomats and veteran observers shared their thoughts at a recent webinar hosted by the Center for China and Globalization, exploring the past, present and future of the complicated China-U.S. relationship.

The excerpts below have been edited for brevity and clarity.

The real sad thing about the pandemic is that it became a political football between the U.S. and China.
-  Susan A. Thornton

I was in Chengdu in Sichuan Province when SARS broke out, and people in China and Asia dealt with that very well. This was pretty recognizable and it should have been more recognizable, I think, in the U.S. But the thing that's so disturbing to me is we still don't know how wily and clever COVID-19 is. I think countries are going to end up dealing with this disease in the long run all in the same way; but in the short run, things were sort of so different and depending on resources, politics, cultures and systems, countries reacted very differently.

The real sad thing about this disease in comparison with SARS is that it became a political football between the U.S. and China, which has thereby eliminated the possibility for cooperation and actually ruined all international cooperation on this pandemic recovery.

Because we're still in the throes of the pandemic, we still have a lot of work to do to get through it. We need vaccines badly and if we don't work together, then it's just going to be prolonged and more agonizing to recover. So I've been waiting to see if something like this pandemic could pull the U.S. and China out of their hostility and come up with something that we could do together or at least work in the same direction or at least stop fighting. But it hasn't happened yet. There's nothing that's less political than a public health issue, so this is a source of great agony for me.

The United States is seeking to adjust to an international situation in which it is no longer the sole superpower.
-  J. Stapleton Roy

Early steps by the new American administration toward China seemed to be a continuation of former president Donald Trump's hardline policies. Shortly after the administration took office, the new Secretary of State echoed the charge of his predecessor that China was engaged in genocide against the Uygurs in Xinjiang. The tariff barriers on bilateral trade have been left in place. Senior officials in the Biden administration bluntly stated that the U.S. engagement strategies toward China had failed and that competition is now the principal driver in the bilateral relationship.

For much of the last 50 years, the U.S. was confident that China's growing wealth and power did not threaten its vital interests and their differences could be managed by diplomacy and engagement. That is no longer the case. A starting point to understanding what has happened is to recognize that the U.S. and China are both in the midst of fundamental transitions that affect their respective places in the world. The U.S. is seeking to adjust to an international situation in which it is no longer the sole superpower. This is not so much because of a decline in power, but because other countries have risen to major power status and China, of course, is the first and foremost example of that.

A new multipolar world is emerging. Not surprisingly, the United States is reluctant to give up the dominant position that it has occupied since the end of the Cold War and to accept the adjustments in order to establish a new equilibrium.

At the same time, there is no question that the social and political polarization that has been a prominent feature of the U.S. domestic scene over the last half-decade has damaged the international image of the U.S. and the perception of its reliability as a great power. China, in turn, in a remarkably short period of time, has regained the wealth and military strength that are the attributes of major powers. These are two of the key background factors that have influenced the sharp plunge in the bilateral U.S.-China relationship, to the lowest depths in half a century. This has created a dangerous situation where missteps by either side or by both could plunge the world into an unprecedented crisis.

Tokyo Olympics enriches the motto of the Olympics – "Faster, Higher, Stronger" by adding "Together." It's really great that we are adding a new dimension.
-  Wang Huiyao

Wang Huiyao, founder and president of the Center for China and Globalization

Countries should not use ideology or the old mentality to measure the 21st-century reality. We need a new narrative. We should not be seeking dominance on each other. China also said many times that historically China has never colonized any place or sent soldiers anywhere.

We should really be seeking for peace and understanding. We need more exchanges to talk through those issues to get out of suspicion and mistrust.

The COVID-19 pandemic reminds us of how interwoven we are, and yet right at this juncture the world is being bifurcated.
-  Ronnie C. Chan

What's really happening in the society in America is beyond party politics and so that's why it's pretty much a perfect storm when you have a symptomatic virus and at the same time when the United States is forced into the Thucydides' Trap.

So I don't see, frankly, a better relationship between China and the U.S., even in dealing with the pandemic. And that this is really a human tragedy of the 21st century and if the U.S. were to back off – in this one area only – that is properly dealing with the pandemic and beginning to cooperate, it will be a lot better, but I am not hopeful of it. Hence, speaking of new realities of U.S.-China relations in an interwoven world, well, new reality, that's for sure, but interwoven – I think globalization has already run its course in some ways. The COVID-19 pandemic reminds us of how interwoven we are, and yet right at this juncture the world is being bifurcated – so the new reality is not an interwoven world and an interwoven world is not the new reality.

I wish in next 10 years, the U.S.-China relationship can get on its own feet because the international system can't afford to have the two of the biggest economies fight like that.

The U.S.-China relationship is and will be both the most important bilateral relationship of this century, and the one which will drive or create in large measure the world in which we all will live.
-  John L. Thornton

What I'd like to do is to step back from the breathless statements of doom, which dominate much of the media commentary, among politicians, and among so-called experts, or even the thoughtful observations of concern, which may be overly influenced by specific current actions by one party or the other. The U.S.-China relationship is and will be both the most important bilateral relationship of this century, and the one which will drive or create in large measure the world in which we all will live.

In general, I am skeptical of the tweaking statements about inflection points or decoupling or Cold War analogies. For me, these kinds of statements are mostly emotional, provocative, not helpful and wrong. We're better off looking at the long term and the trajectory of the dynamics trends and forces creating that long term.

Recently, I have taken a look at the mid-21st century. The best estimates are that the world's population in 2050 will be about 10 billion people. Today we are approximately 7.8 billion. In 2050, as now, a small percentage of the world's countries will represent 65 to 70 percent of the global GDP – maybe the top 10 countries will represent that. In that world, in which very few countries dominate the global GDP, and in which the incremental 2-plus billion people are coming from very poor countries, does anyone believe the world would be better off with the rich countries primarily arguing or even fighting amongst themselves, while the rest of the vast percentage of the world remains poor, malnourished, victims of climate change, sources of migration and disease and poverty? Or do the wealthy and most powerful countries have a responsibility to work together to lead the world to a safer, more prosperous, harmonious place? Isn't the answer obvious?

There's a penchant for being captured or trapped by the past's old thinking, as well as a fear of change, of losing one's place. Whatever the reasons, surely the world's two most powerful countries, the U.S. and China, have a disproportionate responsibility to lead the world, of course, with others. And there is no reason why they can't do this.