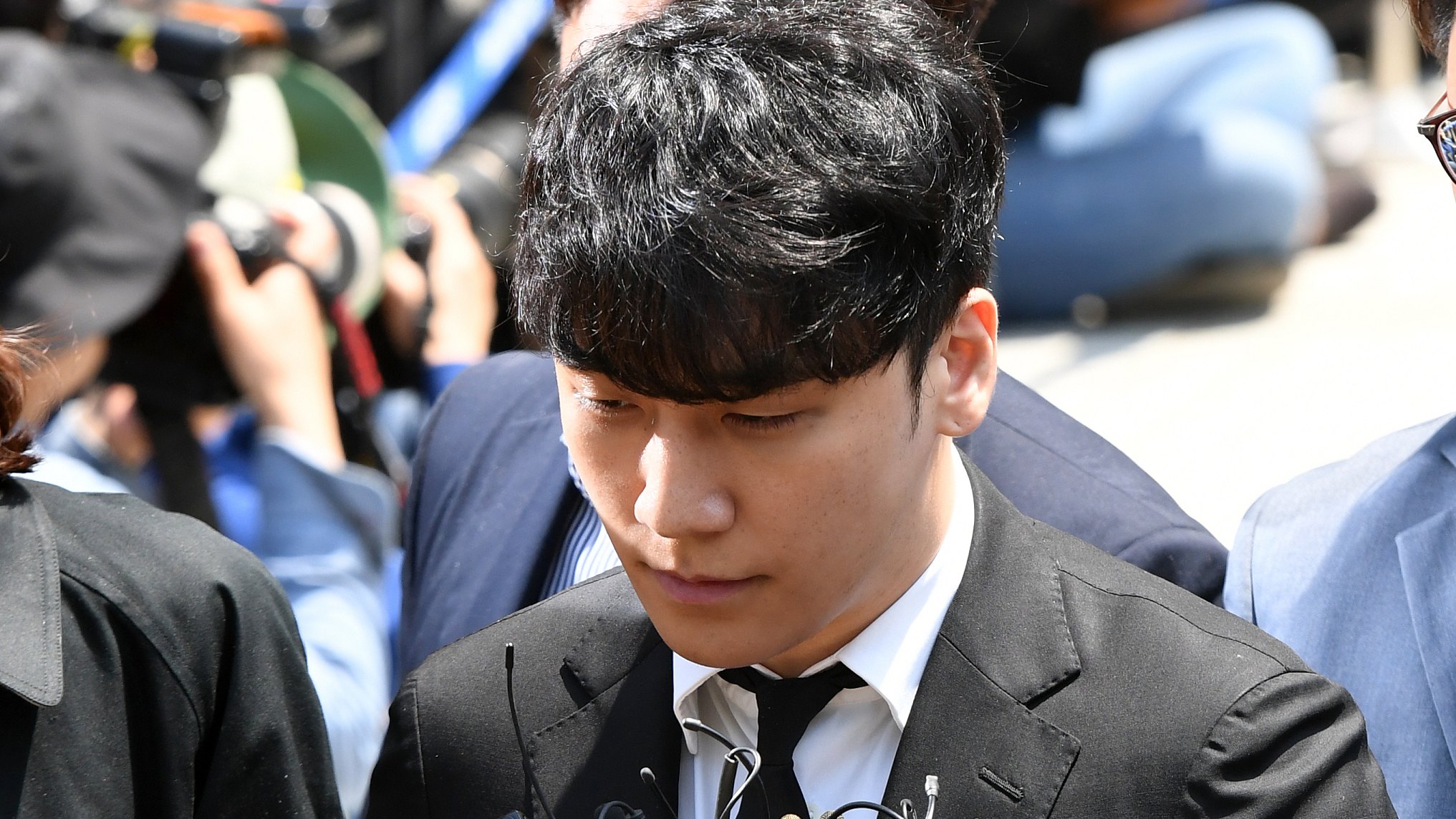 K-pop star Seungri is led by police with his hands restrained as the investigation team prepares to forward his case to prosecution, May 14, 2019. /CFP

K-pop star Seungri is led by police with his hands restrained as the investigation team prepares to forward his case to prosecution, May 14, 2019. /CFP

Disgraced former K-pop star Seungri was convicted of arranging prostitution and other charges stemming from a sex and drugs scandal and jailed for three years on Thursday by a military court, reports said.

The 30-year-old singer from popular boyband BigBang, who retired from show business as the scandal mounted and later enlisted in the military, was found guilty on all nine counts against him, according to multiple media reports.

BigBang enjoyed widespread fame following its 2006 debut, and Seungri, whose real name is Lee Seung-hyun, went on to become a successful businessman.

He was convicted of arranging sex services for potential investors in his business, as well as of overseas gambling at luxurious casinos in Las Vegas involving illicit foreign exchange transactions.

"It is hard to see the defendant was not aware of financial payments paid to the women for sex," Judge Hwang Min-je was cited as saying.

"It appears that he carried out systematic sexual prostitution."

Seungri had changed his testimony under police questioning and in court, he added, and "lacked credibility."

The investigation into the scandal surrounding him uncovered a spate of allegations against other musicians and personnel at YG Entertainment - Seungri's former agency and one of the biggest K-pop management firms.

It prompted the agency chief executive Yang Hyun-suk to step down, facing probes of his own into illicit gambling.

Reaction to the verdict was swift on Thursday, with many users online saying Seungri's punishment was too light for the offences.

"While it is fortunate he is finally being jailed, the term is too short," a user on Naver, the country's largest portal, posted.

Another added: "It should've been 30 years, not three."

The verdict came a month before he was due to be discharged from his mandatory military service.