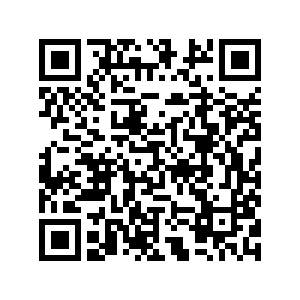 Editor's note: While the novel coronavirus rages across the world claiming some 10,000 lives every day, some American politicians are intensifying the "lab-leak" narrative to politicize the origins of the disease. Fathallah Oualalou, former Moroccan Minister of Economy and Finance, says the virus will have a serious effect on the world, and the urgent need now is to supply poor nations with vaccines.

Wang Guan: The U.S. is pursuing a campaign of finding out where the COVID-19 originated, and especially and particularly pursuing the "lab-leak" theory. What do you think are the motivations behind President Biden’s probe? Are they motivated by politics or by science?

Fathallah Oualalou: I think China was the first country to be hit by the pandemic. It’s also the country that has succeeded or is succeeding in overcoming it. There is greater interdependence, not only between countries and peoples but also between systems. We all have to work together. China has an important role to play in dealing with such changes. I think we need to work together to fight this pandemic, especially to help the poorest countries with their challenges in getting vaccinated. I think China is setting a good example in this regard. China will also play an important role in climate change, which is in the interests of all. I would also like to add that the health crisis at the moment also prompts us to look at the cause of poverty reduction. China has succeeded in overcoming this challenge in 2021, namely the eradication of extreme poverty, and it has played an important role in the cause of poverty reduction in the world, and in Africa in particular.

Fathallah Oualalou: Africa faces the challenges of poverty and security. As a powerful country, China certainly has the right to defend its rights and interests, including the significant technological interests. There will be both competition and cooperation. This is what I mean by interdependence, and I am optimistic about that.

Fathallah Oualalou: Of course, there are talks about debt trap. I would like to tell you that I remember back in the 1990s when there was a very unbalanced economic relationship between Africa and the developed countries, the International Monetary Fund and the World Bank imposed a kind of structural adjustment policies and the West reached the Washington Consensus subsequently. These measures were not appropriate. Today, the China-Africa relationship has contributed, above all, to improving the African countries' capacity for governance. Such capacity is very productive in overcoming the debt trap.

Fathallah Oualalou: I feel that the pandemic in 2020 and 2021 can be an opportunity for us, as it prompts us to think about how to better develop China's relations with Africa and the Arab world. I think that for China and Africa, and for China and the Arab world, the upcoming FOCAC in Dakar and previous summits in 2015 and 2018 are all opportunities. As the world changes, the health crisis may make Africa, with its large population, more integrated into the world, as Africa can use its strengths help solve the problems the world faces. All this has to be included in our thinking to make the development and modernization of Africa contribute to a more balanced and harmonious world.