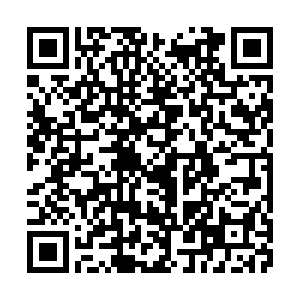 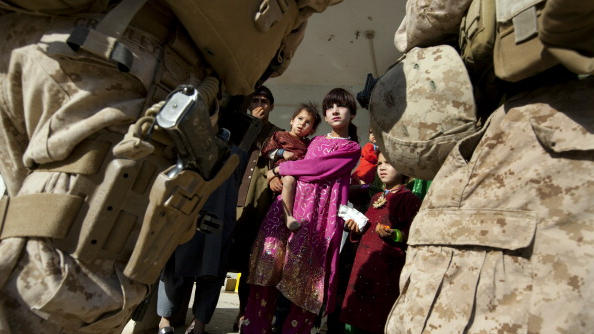 Editor's note: Azhar Azam is a market & business analyst who writes on geopolitical issues and regional conflicts. The article reflects the author's opinions and not necessarily the views of CGTN.

Central Asia's proximity to China and Russia and its tendency to act as a conduit between Asia and Europe, the largest and the most developed continents respectively in the world, tempted the U.S. to make it a region of vital strategic importance.

Initially, Washington didn't even seek access to energy in the heart of Asia or democratize the region, rather viewing it as a theater in the war on terror and a tool to counter revived Beijing and Moscow.

In order to further its long-term strategic goals, Washington in the late 2000s established the Northern Distribution Network to reduce an overreliance on Islamabad for non-lethal supplies to Kabul. NATO's outrageous killing of 24 Pakistani soldiers in November 2011 impinged on the bilateral relationship and forced America to move to a costlier and longer route through Central Asia.

A transformed U.S. strategy afterward provided programmatic assistance to support democracy and enhance the economic capacity of Central Asia; still, core principles of the new blueprint were unchanged: use the region's geostrategic location to address its national security interests and blunt China's growing investments in the region's infrastructure.

As analyzed by The New York Times, Washington's "Great Game" against Beijing had to be a tough mission, as U.S. presidents have never visited Central Asia, unlike Chinese President Xi Jinping, who has made several state visits to the region. And when the last time then U.S. Secretary of State Mike Pompeo did in 2020 after a gap of five years, he wasted the opportunity by vainly trying to hoodwink Central Asian states, which were becoming overly dependent on Beijing.

Pompeo's demented show failed to rupture China's ties with countries in the region, which viewed Beijing as a trusted business partner that was investing tens of billions of dollars in laying pipelines and creating rail connections. Yet in doing so, Washington walked back from its earlier stance that it didn't want to compete with Beijing in Central Asia.

The U.S. President Joe Biden has been striving to restore America's partnerships and gang up an alliance against China. His administration is re-engaging Central Asia through the C5+1 – Kazakhstan, Kyrgyzstan, Tajikistan, Turkmenistan and Uzbekistan ("the stans") and the United States – a program to improve regional connectivity and boost economic cooperation.

What's important is that this initiative shouldn't be exploited to pep up American supremacy in the region and geopolitical ambitions against China. That's because Biden's aides deeply believe in the primacy, exceptionalism and indispensability of America to the world; there's been a subtext of forcing Central Asia to downgrade their relationship with Beijing and the U.S. president himself seeks to rival China's Belt and Road Initiative (BRI). 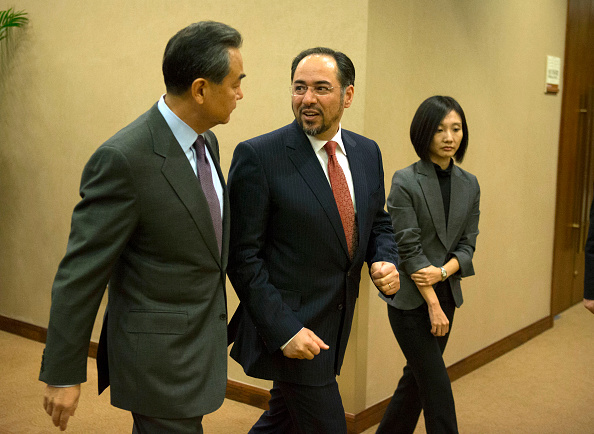 The governments and people in China and Central Asia have a long history of friendship and cooperation. Now the BRI and the crisis situation in Afghanistan are bringing them closer to each other. Hiding some of Asia's most sublime mountain trails, jewel-like azure-blue lakes and rugged mountains – the landlocked region is a natural extension to the Silk Road Economic Belt (SREB), the proposed overland BRI route.

Between 2015 and 2019, exports from Central Asia to China grew 35 percent to more than $20 billion, with Kazakhstan, Tajikistan and Uzbekistan reporting the fastest increases of over 50 percent.

Taking advantage of its leading role in two of three earthbound belts going all the way to Europe as well as the Persian Gulf and the Mediterranean, the region can greatly benefit from China's proposal to bring innovations and foster pilot zones along the SREB within the framework of "China+Central Asia" cooperation.

The Afghan turmoil has worried Central Asian nations about an extremist spillover from the neighboring country. As terrorism threatens to push pack the regional economic agenda, it's critical for all stakeholders to jointly hedge against instability emanating from Afghanistan and strengthen security cooperation.

Since mid-April, the Biden administration has been reportedly considering countries bordering Afghanistan – Tajikistan and Uzbekistan – and Kazakhstan for monitoring and quickly responding to the security threats. Uzbekistan is also being weighed upon as a jumping-off location for drone strikes in Afghanistan.

It's surprising after pulling out forces from Kabul in a hasty and highly irresponsible manner, exposing thousands of Afghan translators and interpreters susceptible to terrorist attacks – Washington is looking to control the situation remotely from a region that expelled the U.S. military or where it had ceased operations years before.

After Pakistan questioned the U.S. commitment to resolve the Afghan conflict, expecting Islamabad to settle America's 20 years of "mess," Uzbekistan has also publicly denied hosting American military bases. Since Kazakhstan and Tajikistan can't allow foreign militaries without endorsement from the Russian-led Collective Security State Organization, the U.S. is scrambling to influence the region and use Central Asia as a springboard to contain either China or Russia.

One country which could be directly held accountable for refueling the Afghan dispute and security threats to Central Asia is the U.S. Washington's headlong retreat has pushed Afghans to the edge of a cliff, risking peace across the entire region. No stranger to America's equivocal attitude, Central Asian states are most likely to limit U.S. reengagement in infrastructure development and economic cooperation.