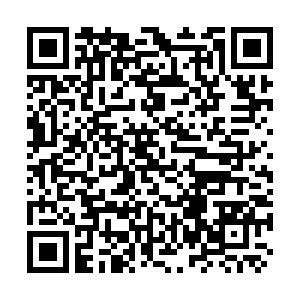 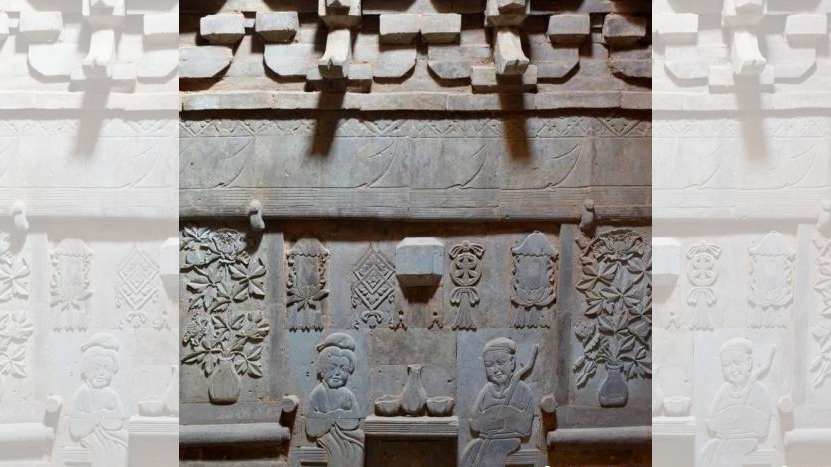 Carvings on the wall of the tomb. /Chinanews

Carvings on the wall of the tomb. /Chinanews

The discovery sheds light on funeral customs of rich families during the Jin Dynasty (1115-1234).

The 14 tombs were initially discovered in Dongzhuang Village, Houma City in July 2016 by members of the Shanxi Provincial Institute of Archaeology. Two tombs, numbered M12 and M14, with wood-like structures and brick chambers were found to be intact and beautifully decorated.

M12 consists of a gate, two passageways and a chamber. Three Chinese characters that translate into "great luck" are etched on the bricks above the entrance. The room is decorated with brick carvings and colored paintings.

The brick carvings were mainly found on the walls and the door of the tomb, while the colored paintings are all over the room, except the passageway.

Images of the tombs' owners were carved on the north wall. They were depicted sitting on chairs with a square table on each side, on which a plate of peach fruits or pastry is placed.

The female tomb owner had a scroll in her hand, while her male counterpart was holding a rosary on his chest.

M12 and M14 are located in the same cemetery and belong to the same family. No items were found that could prove the identity of the tomb owners but it is believed that they were members of the Han people who were ruled by the Jin people and belonged to a relatively wealthy class.