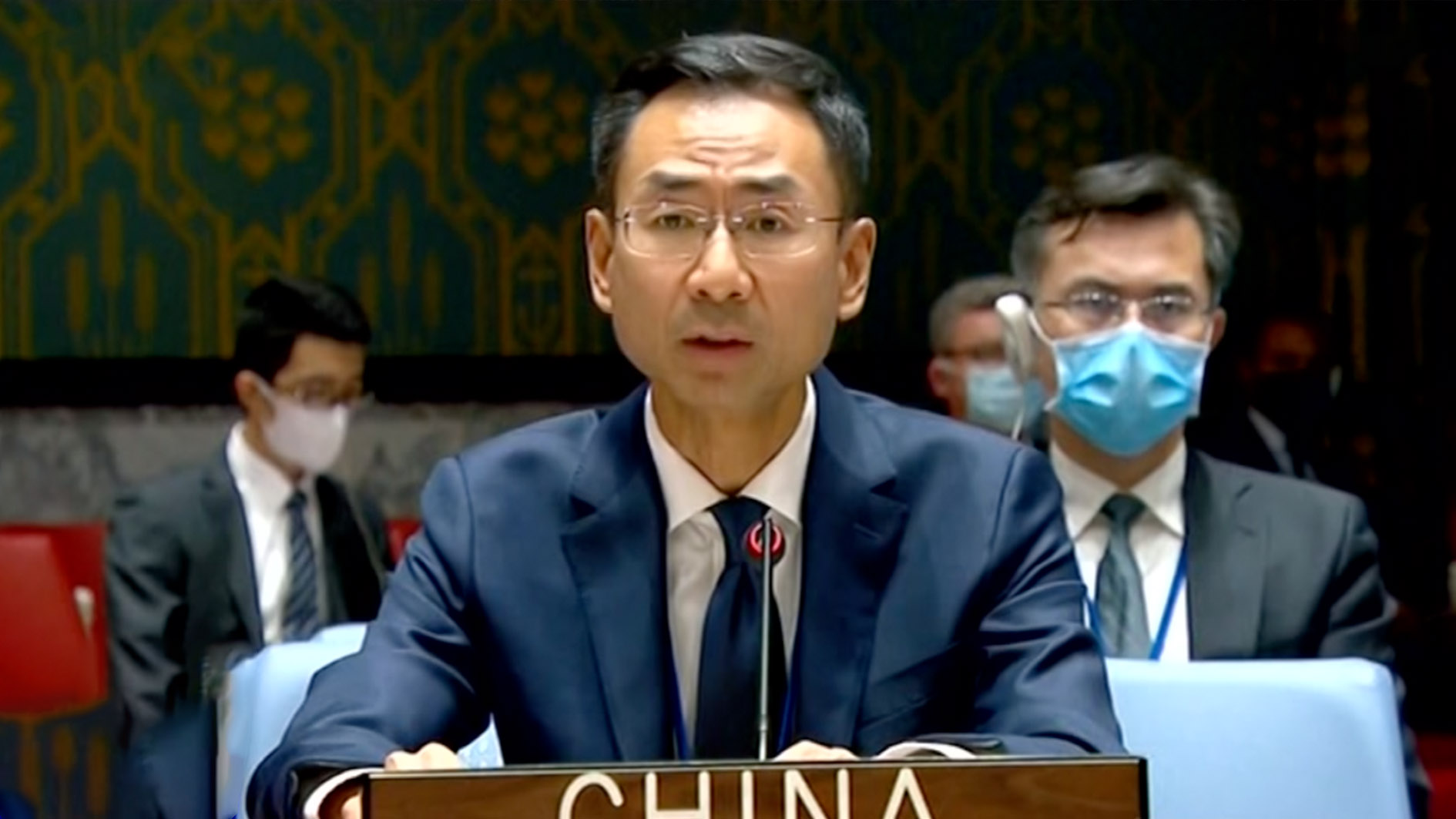 Chinese envoy to the United Nations Geng Shuang on Monday warned Afghanistan against becoming a haven for terrorists again and urged the new Taliban rulers to live up to their commitments.

"We hope that the Taliban in Afghanistan will earnestly deliver on their commitments and make a clean break with terrorist organizations," Geng, China's deputy permanent representative to the UN, said at an emergency meeting of the Security Council on the situation in Afghanistan.

In the last 20 years, terrorist organizations, such as the Islamic State, al-Qaida and the East Turkestan Independence Movement (ETIM), have gathered and developed in Afghanistan, posing a serious threat to international and regional peace and security, he said.

"Afghanistan must never again become heaven for terrorists. This is the bottom line that must be held firmly for any future political solution in Afghanistan," he said.

UN chief urges restraint from all parties on Afghanistan situation

Geng said the pressing task at the moment is to promptly restore peace, stability and order to avoid casualties and large-scale refugee flows.

"All parties in Afghanistan have the responsibility to protect people's lives and property. They should provide assurance for the safe residence and orderly evacuation of foreign nationals," Geng said.

"China has always maintained that a political solution is the only way out for Afghanistan. At present, Afghanistan's national prospects are at a historic crossroads. China has noted the Taliban's statement on Sunday that the war in Afghanistan was over and that they would hold talks aimed at forming an open, inclusive Islamic government in Afghanistan and take responsible actions to protect the safety of Afghan citizens and foreign diplomatic missions.

"China hopes these commitments can be honored so as to ensure a smooth transition of the situation in Afghanistan, keep at bay all kinds of terrorism and criminal acts, and make sure that the Afghan people stay away from war and can rebuild their homeland."

Geng said that China hopes the Taliban can unite with all factions and ethnic groups in Afghanistan and build a broad-based and inclusive political structure suited to the national conditions of Afghanistan and lay the foundation for achieving enduring peace.