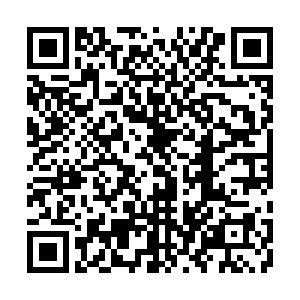 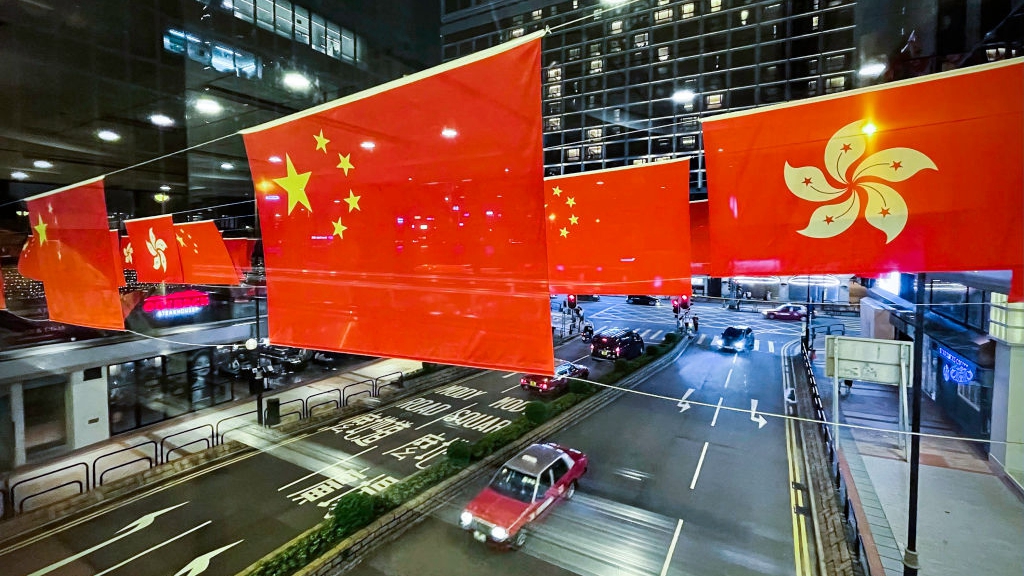 China's national flags and the flags of the HKSAR during the celebration of the 24th anniversary of Hong Kong's return to China in Tsim Sha Tsui, Hong Kong, south China, June 29, 2021. /Getty

China's national flags and the flags of the HKSAR during the celebration of the 24th anniversary of Hong Kong's return to China in Tsim Sha Tsui, Hong Kong, south China, June 29, 2021. /Getty

Editor's note: Grenville Cross, a senior counsel and law professor, was previously director of public prosecutions of the Hong Kong Special Administrative Region (HKSAR), China. The article reflects the author's opinions and not necessarily those of CGTN.

The Civil Human Rights Front (CHRF) announced its dissolution on August 15, for which few tears will be shed. It was founded on September 13, 2002, ostensibly to promote democracy and human rights, although its mask soon slipped. Dominated by attention seekers and bigots, it prided itself on organizing mass protests and inflaming tensions and became a magnet for anti-China elements hoping to sabotage the "One Country, Two Systems" principle.

Indeed, although the HKSAR is obliged under its Basic Law to enact national security laws (Article 23), the CHRF initially made its mark by whipping up irrational opposition to the HKSAR's attempt to honor this commitment in 2003, causing it to back down.

This, of course, was a huge mistake and left the city largely defenseless once subversive elements declared war on society in 2019. The CHRF then played a pivotal role in the turmoil which gripped the city, orchestrating the often violent demonstrations against a fugitive surrender proposal designed to advance criminal justice and hold offenders to account.

In its heyday, the CHRF had 48 organizational members, including the Democratic Party, the Labour Party, the Civic Party, the Professional Teachers' Union and the Association for Democracy and People's Livelihood. Of these, none was more sinister than the Civic Party, two of whose legislators, Alvin Yeung Ngoc-kiu and Dennis Kwok Wing-hang, visited the United States in August 2019 to seek the imposition of punitive legislation on Hong Kong.

Thereafter, on September 2, 2019, Yeung and Kwok, with three colleagues, wrote to the U.S. Congress, urging it to enact the highly damaging Hong Kong Democracy and Human Rights Act "as soon as possible." This law, since enacted, authorizes the U.S. President to impose sanctions on China's officials, whether from the Chinese mainland or Hong Kong, to freeze their assets and exclude them from the U.S., all of which has since happened.

Why the CHRF should have tolerated such brazen hostility towards China by one of its organizational members remains unexplained, but they do say that "birds of a feather flock together."

Indeed, the CHRF has also operated at the global level, and, last December, it reportedly signed a joint declaration to the United Nations calling for an international investigation into alleged police brutality during the insurrection in 2019. If true, this could constitute the offense of collusion with external elements to harm the city, contrary to the National Security Law (Article 29). 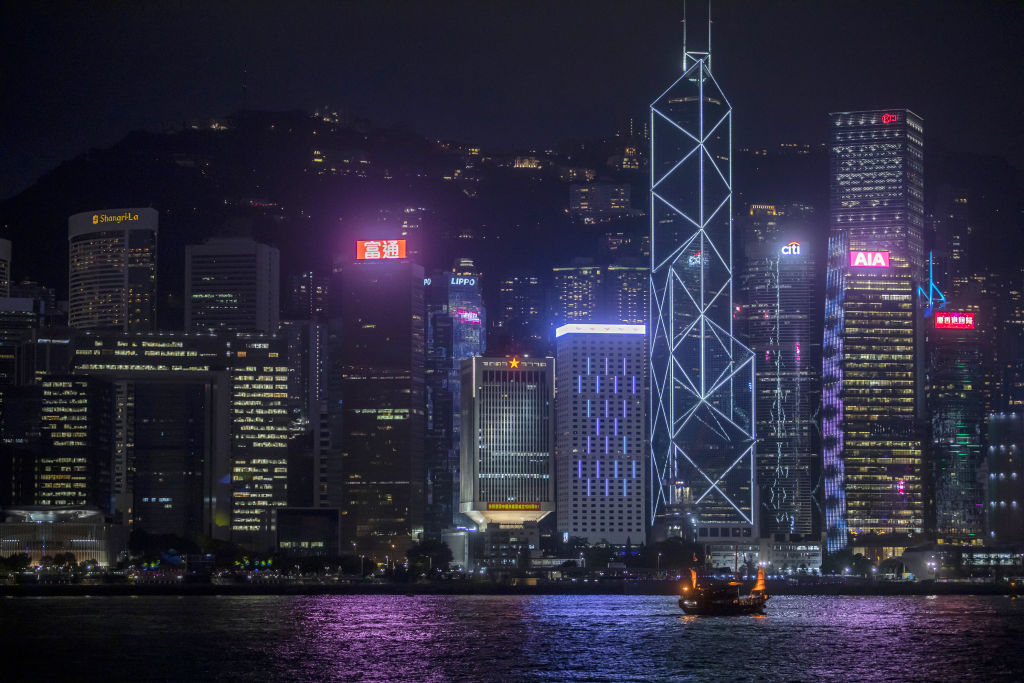 Moreover, on March 1, its former convenor, Jimmy Sham Tsz-kit, was among the 47 suspects accused of participating in plans to paralyze the government and wreck the "One Country, Two Systems" principle.

The CHRF has always regarded itself as above the law, free to ignore the rules that apply to lesser mortals. When, usually for safety reasons, the police withheld their consent to a particular assembly, it often pressed ahead regardless, claiming people had a right to be heard.

On May 28, its convenor, Figo Chan Ho-wun, who was convicted with Jimmy Lai Chee-ying and eight others of organizing an unauthorized assembly which turned violent on October 1, 2019, was sentenced to 18 months' imprisonment, with Judge Amanda Woodcock telling him that "actions have consequences for everyone, irrespective of who they are."

This, however, is only part of the story, and the CHRF itself may not even have been legally constituted. In April, the police began an investigation into why it had failed, as required by the Societies Ordinance, to register with the Police Licensing Office, since 2006.

It was asked to submit information about its operations, its sources of income and expenditure, and the bank account used to receive incoming funds. A related inquiry was why, if not registered under the Societies Ordinance, the CHRF was not registered as a company under the Companies Ordinance.

The CHRF, however, refused to assist the police with any of their inquiries, which, if it had nothing to hide, is highly suspicious.

Although the CHRF has now disbanded itself, this does not absolve its operatives of legal responsibility for any criminal offenses which arose previously, whether from non-registration or otherwise. It always insisted it did not receive foreign funding, but this, given its assets of HK$1.6 million, will require investigation, as will any possible money laundering dimension. Although the National Security Law is not retroactive (Article 39), if the CHRF has violated national security after June 30, 2020, a prosecution is certainly a possibility.

In a valedictory message, the CHRF said it had "wanted to maintain its original operations", but could not because of the changed political climate. Although the Basic Law specifically protects freedom "of association and procession" (Article 27), the era of street paralysis, public discord and violent confrontation is over, and an organization which promoted turmoil under the guise of legitimate protest is having to face reality. Given that its antics are incompatible with the values of a civilized society, the restoration of decency and sanity has rendered its demise inevitable.