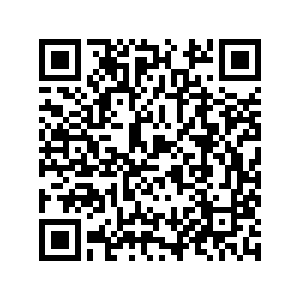 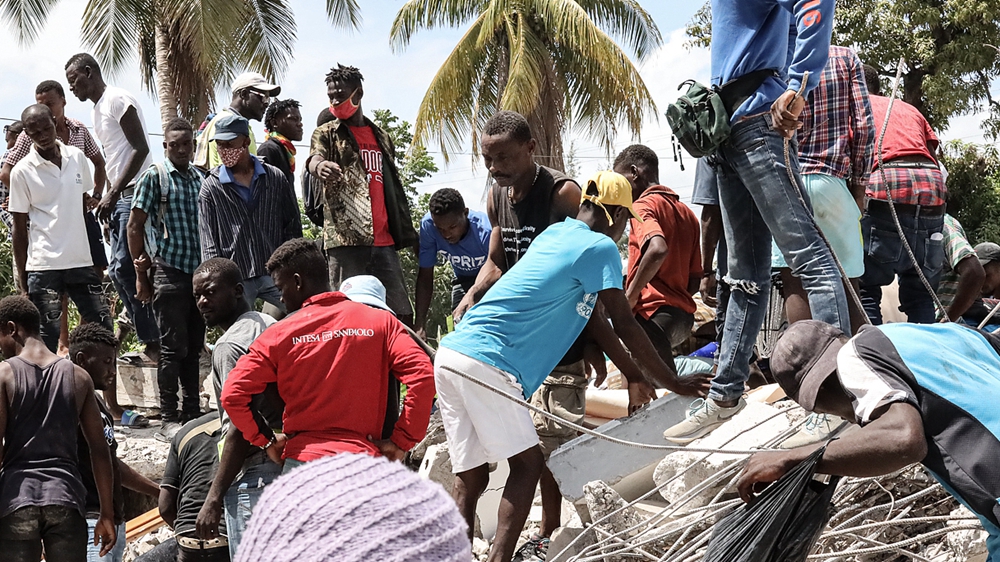 Residents search in the rubble of a collapsed building in Les Cayes, Haiti, August 16, 2021. /CFP

Residents search in the rubble of a collapsed building in Les Cayes, Haiti, August 16, 2021. /CFP

Rescuers in Haiti used heavy equipment and their bare hands on Monday to search for survivors under buildings flattened two days ago by a massive earthquake that killed more than 1,400 people, while an approaching storm threatened more suffering.

Flash floods and mudslides were possible as the storm bore down on the Caribbean nation's southwestern peninsula, which was hit hard by a magnitude-7.2 quake that toppled thousands of buildings early Saturday.

Hospitals have been overwhelmed with the influx of injured patients and workers were at a loss with how they might cope with Tropical Depression Grace.

Haiti's civil protection agency gave a preliminary toll Monday of 1,419 dead and 6,900 injured in the powerful quake that struck about 100 miles (160 kilometers) to the west of the capital Port-au-Prince. 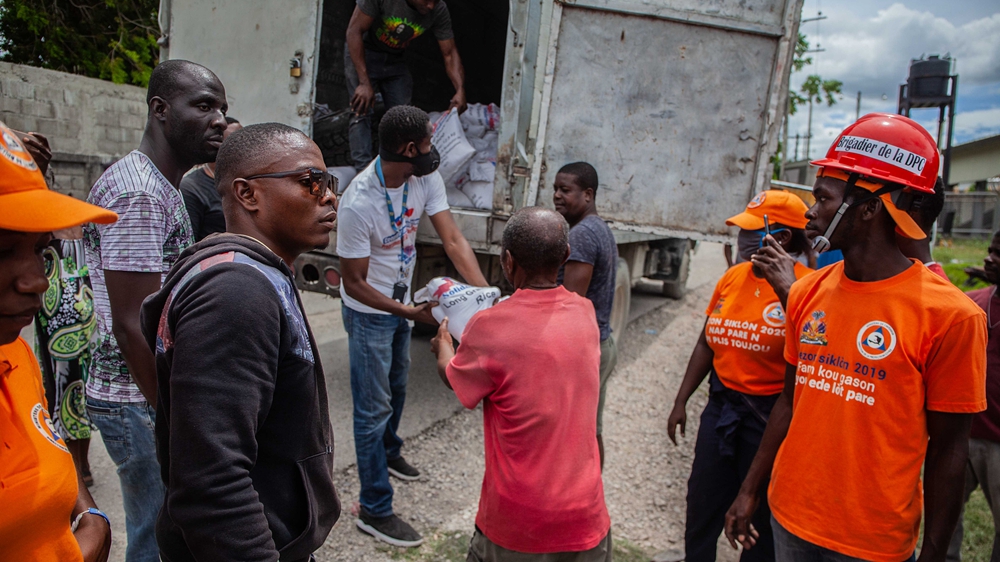 A man receives a bag of food as part of the humanitarian aid provided by Fund for Economic and Social Assistance (FAES) in Les Cayes, Haiti, August 16, 2021. /CFP

A man receives a bag of food as part of the humanitarian aid provided by Fund for Economic and Social Assistance (FAES) in Les Cayes, Haiti, August 16, 2021. /CFP

"We're really not doing well psychologically. We have absolutely no idea how we are going to get through this," said 26-year-old midwife Aline Cadet, who was helping at the hospital in the hard-hit town of Port-Salut.

"There are women here who were pregnant but lost their baby because they fell or were injured," she added.

According to the U.S. National Hurricane Center (NHC), Haiti and the Dominican Republic – which share the Caribbean island of Hispaniola – could expect five to 10 inches of rain from Grace, "with isolated maximum totals of 15 inches" across southern areas through Tuesday.

"This heavy rainfall may lead to flash and urban flooding, and possible mudslides," the NHC warned.

Some aid has come in from abroad, including specialized search crews from the United States as well as 14 tonnes of food, medicine and water from Mexico.

A magnitude-7 quake in January 2010 left much of Port-au-Prince and nearby cities in ruins, killing more than 200,000.

The latest earthquake comes just over a month after President Jovenel Moise was assassinated in his home by a team of gunmen, shaking a country already battling poverty, spiraling gang violence and COVID-19.