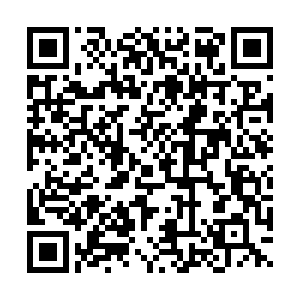 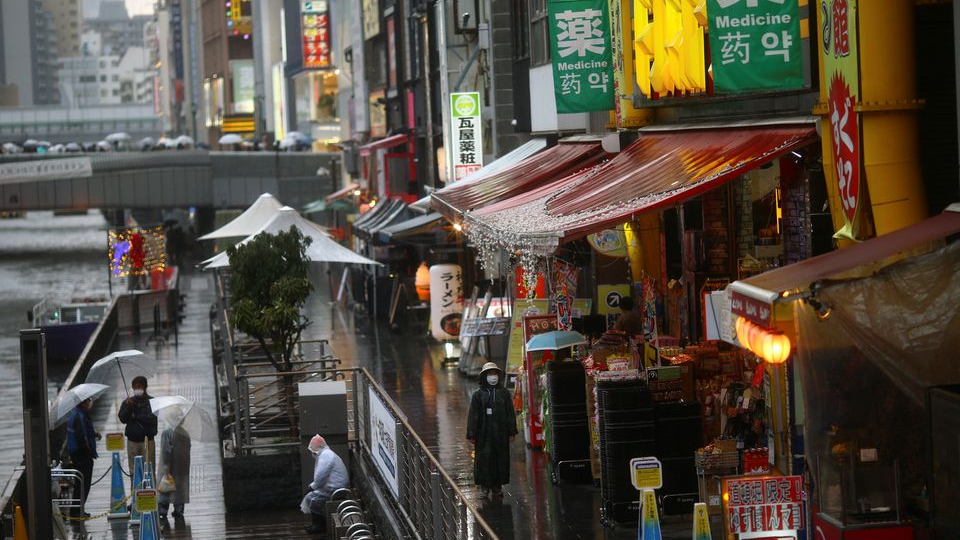 Passersby wearing protective mask following an outbreak of the COVID-19 walk on a street in the Dotonbori entertainment district of Osaka, Japan, March 14, 2020. /Reuters

Passersby wearing protective mask following an outbreak of the COVID-19 walk on a street in the Dotonbori entertainment district of Osaka, Japan, March 14, 2020. /Reuters

Japan's state of emergency restrictions are not curbing movement as effectively as in the past, according to mobility data, hurting the government's fight to slow COVID-19 infections and raising the risk the economic recovery could be delayed.

A surge in Delta variant cases forced the government to extend on Tuesday its fourth state of emergency by around two weeks through September 12 and expand targeted areas to nearly 60 percent of the population.

After repeated stop-and-go curbs, however, voluntary requests to stay home may be falling on deaf ears among the pandemic-fatigued population, with mobility data pointing to a recent spike in movement around train stations in the country.

While increased mobility is supporting consumption in the short-term, it is doing little to slow infections, which analysts worry could delay a full reopening and broader recovery in the world's third largest economy.

Mobility around Tokyo station, the capital city's main transport hub, spiked 233 percent on Monday from a week ago as people returned from their summer holidays, according to data from private firm Agoop Corp. cited in a government portal. In Tokyo's Shinjuku station, mobility rose 17.2 percent over the same period.

In Fukuoka, a city in southwestern Japan also targeted by restrictions, mobility in the main Hakata station was up 29.1 percent on Monday from the week before, while in Osaka's Shinsaibashi station, it was up 31.9 percent.

"It feels like I've lost track of how many times there was a state of emergency," said Katsuhide Nagamatsu, a 54-year-old social insurance consultant in Fukuoka. "Everyone is numb to it now."

Separate government data showed foot traffic at stations in the Tokyo area fell 37 percent from pre-pandemic levels as of August 4, far less than a 70 percent plunge marked at one point in April last year during the first state of emergency.

Under Japan's state of emergency, the government asks retailers and restaurants to close early and citizens to work from home, but the requests are voluntary and authorities lack the legal enforcement power seen in Western countries.

The limits of the current restrictions were evident in a surprise rise in consumption in the second quarter that helped gross domestic product (GDP) grow by more than expected.

"I have very mixed feelings about this GDP result," said Economy Minister Yasutoshi Nishimura, who oversees economic and pandemic policies. "It shows that households' consumption appetite is very strong despite the state of emergency curbs."

Prime Minister Yoshihide Suga dismissed the idea of imposing stricter lockdowns or a blanket, nationwide state of emergency, partly for fear of damaging the economy.

Taking too long to contain the pandemic with mild curbs, however, could put a lasting drag on consumption and delay a sustained economic recovery, analysts say.

Even with the rise in April-June, consumption has yet to fully recover to pre-pandemic levels. The extended curbs have cast doubt on government and central bank projections of a solid economic rebound in the latter half of this year.

The uncertainty has led some analysts to mark down their economic forecasts including Morgan Stanley MUFG Securities, which cut this fiscal year's growth estimate to 3.3 percent from 3.8 percent. The government forecasts 3.7 percent growth in the fiscal year ending March.

The darkening outlook is heightening political calls for another big spending package, even as other advanced nations start to wean their economies off crisis-mode stimulus measures.

Keen to lure votes ahead of upcoming elections, ruling party heavyweights have floated the idea of an extra budget sized around 30 trillion yen ($275 billion).

Many analysts doubt any new such spending package would deliver the boost needed to jump-start growth, with most of the money seen spent on loan and credit guarantees to support cash-strapped firms.

"Some money may go to infrastructure spending and cash payouts. But the impact would be limited unless the fundamental problem – the spread of infections – is fixed," said Masaki Kuwahara, senior economist at Nomura Securities.