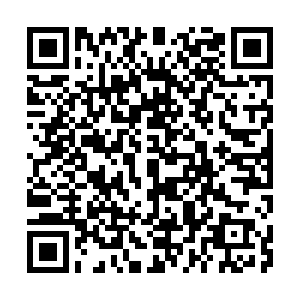 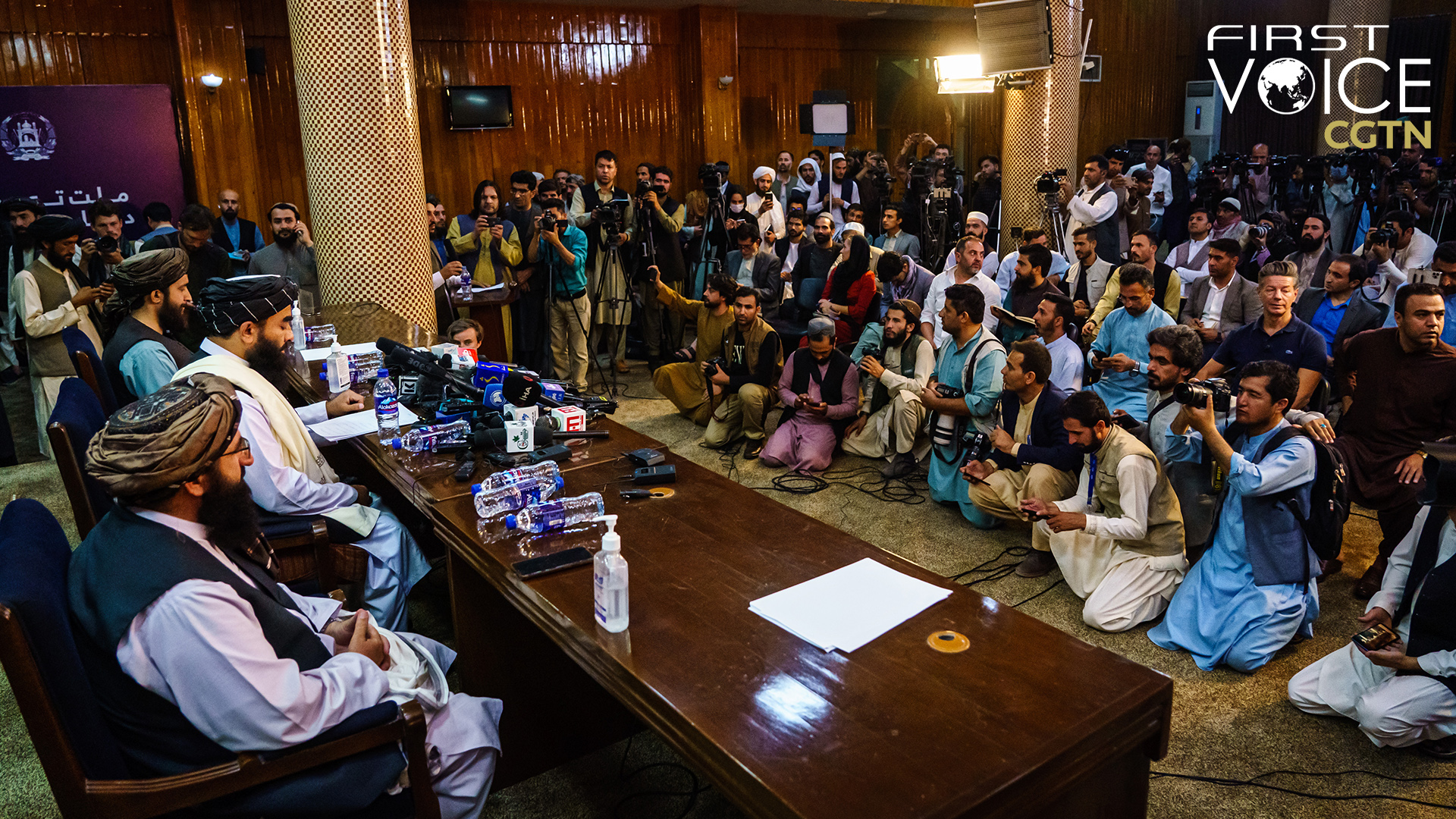 Forming a nation is never easy. And it is even more difficult if it is the Taliban that's trying to do it.

The Taliban of old was said to be "oppressive," "fundamentalist," and behave in ways that contradict many norms we uphold. This time around, albeit in relatively vague terms, the organization has talked about being different, more inclusive and open.

"Give us time," Taliban spokesperson Zabihullah Mujahid said, noting that "serious talks" are underway about structuring a new government.

For any government that seeks to heal Afghanistan and bring development to its people, engagement with other countries will be crucial. And the world is watching closely. Major powers are weighing their decisions upon what the Taliban does in the coming days.

The biggest variable in this equation is trust – the world and its people's trust deficit toward the Taliban. The United States hasn't ruled out recognizing the Taliban as the legitimate governing power, only saying that it is "premature." Many EU countries and U.S. allies are putting human rights at the center of it, urging the Taliban to uphold them within Afghanistan toward all Afghans.

For many countries in the region, a lot hinges on security. China's western border is exposed to instability in the country and the organization's previous ties with terrorist organizations are a matter of concern. For India, analysts from the Eurasia Group pointed out that the organization had a history of sheltering pro-Pakistani militants, a threat to India's security. Harsh V. Pant, head of the strategic studies program at the Observer Research Foundation, said that "this is going to have reverberations across the region, in terms of how it will give fillip to once again extremist ideologies, racial ideologies." 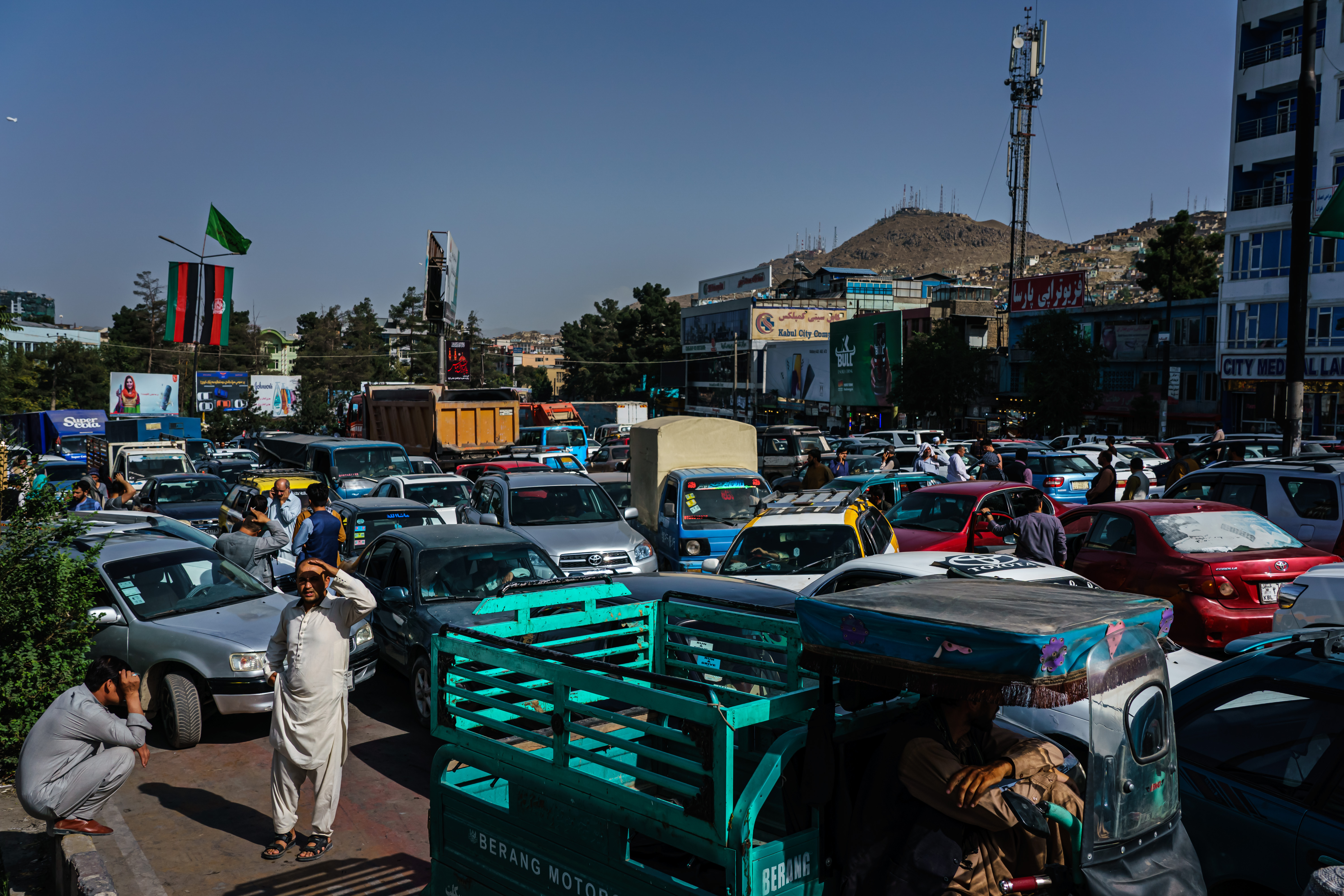 Pedestrians and motorists sit in a traffic gridlock while attempting to flee the city ahead of the Taliban takeover, Kabul, Afghanistan, Aug. 15, 2021. /Getty

Pedestrians and motorists sit in a traffic gridlock while attempting to flee the city ahead of the Taliban takeover, Kabul, Afghanistan, Aug. 15, 2021. /Getty

And for the Afghan people, the doubts lie with the political positions of the government. The Taliban has tried to signal it has become different, but some are not buying it yet. Afghan women's rights activist Fawzia Koofi told CNN that "it's very difficult to predict what will happen" and that "it's easy to issue statements but people need to see that in practice." The organization promised no retribution against those who worked for the previous government, but that is yet to be seen.

These are all part of the inevitable tectonic shift that Afghanistan as a country must face after two decades of foreign occupation. Having the Taliban as the dominant political power in the country at this moment doesn't equate political stability. It is a positive sign that it is open to talks with prominent power-brokers like Abdullah Abdullah and former President Hamid Karzai and that the Islamic government it seeks to construct will be "open, inclusive." Taking different interests and political stances into governance considerations will help secure a balance in the country that keeps the peace.

And how the world will respond to these shifts will be contingent on the Taliban's performance in the near future. How Afghanistan sorts out its political future is its internal business. But by building connections and engaging with the organization on a higher level, other countries will be putting their own credibility on the line. Recognition of the Taliban as a legitimate governing force will be using the credibility of the country to lend the Taliban legitimacy both in Afghanistan and around the world.

And that decision is the most delicate one among all the delicate decisions. And it wouldn't be made until the Taliban convinces the world that it is indeed different.