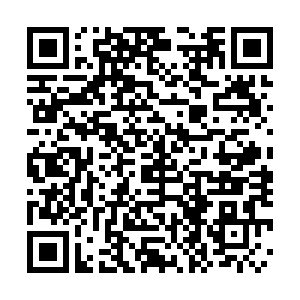 Noting that the traditional friendship between the peoples of China and Arab states has become stronger over time, Xi said in the letter that China and Arab states have in recent years continued to strengthen strategic coordination and synergy of actions, and the joint construction of the Belt and Road has achieved fruitful results.

China remains the largest trading partner of Arab countries. In the face of COVID-19, China and the Arab countries have joined hands to fight the pandemic, setting an example of helping each other and overcoming difficulties together, Xi said.

He said China is ready to work with Arab states to seek cooperation and development, promote peaceful development, achieve mutual benefit and win-win results, jointly build the Belt and Road with high quality, elevate China-Arab strategic partnership to a higher level and jointly build a China-Arab community with a shared future for the new era.

The four-day event is themed "deepening economic and trade cooperation and jointly building the Belt and Road."

Guests say it's a welcome event for China and the Arab states to find ways to work together in the midst of economic challenges in recovering from the pandemic.

Thani Bin Ahmed Al Zeyoudi, Minister of State for United Arab Emirates Foreign Trade, said this year's China-Arab States Expo is an opportunity to deepen economic cooperation between China and the UAE, especially in areas such as the Belt and Road Initiative.

Shao Hong, vice chairman of the National Committee of the Chinese People's Political Consultative Conference, said the Arab states have become important participants, promoters, and builders of the Belt and Road Initiative. China and Arab countries need to strengthen cooperation more than ever.

He added that China is willing to work together with Arab countries to build the Belt and Road Initiative, and vigorously promote connectivity of policies, facilities, trade, finance, and people, and strive to build a community of shared future for China and Arab countries in the new era.

In 2020, the bilateral trade value between China and the Arab states hit nearly $240 billion despite COVID-19.

"China is now the largest trade partner for Arab states," said Qian Keming, Chinese Vice Minister of Commerce. "We are confident we can work with Arab countries to continuously expand bilateral cooperation in emerging fields such as digital economy, new energy and artificial intelligence."

A total of 1,000 domestic and overseas enterprises have registered as exhibitors for offline and virtual events at the fifth China-Arab States Expo.

(With input from Xinhua; CGTN's Dai Kaiyi also contributed to the story.)