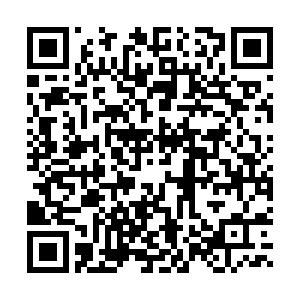 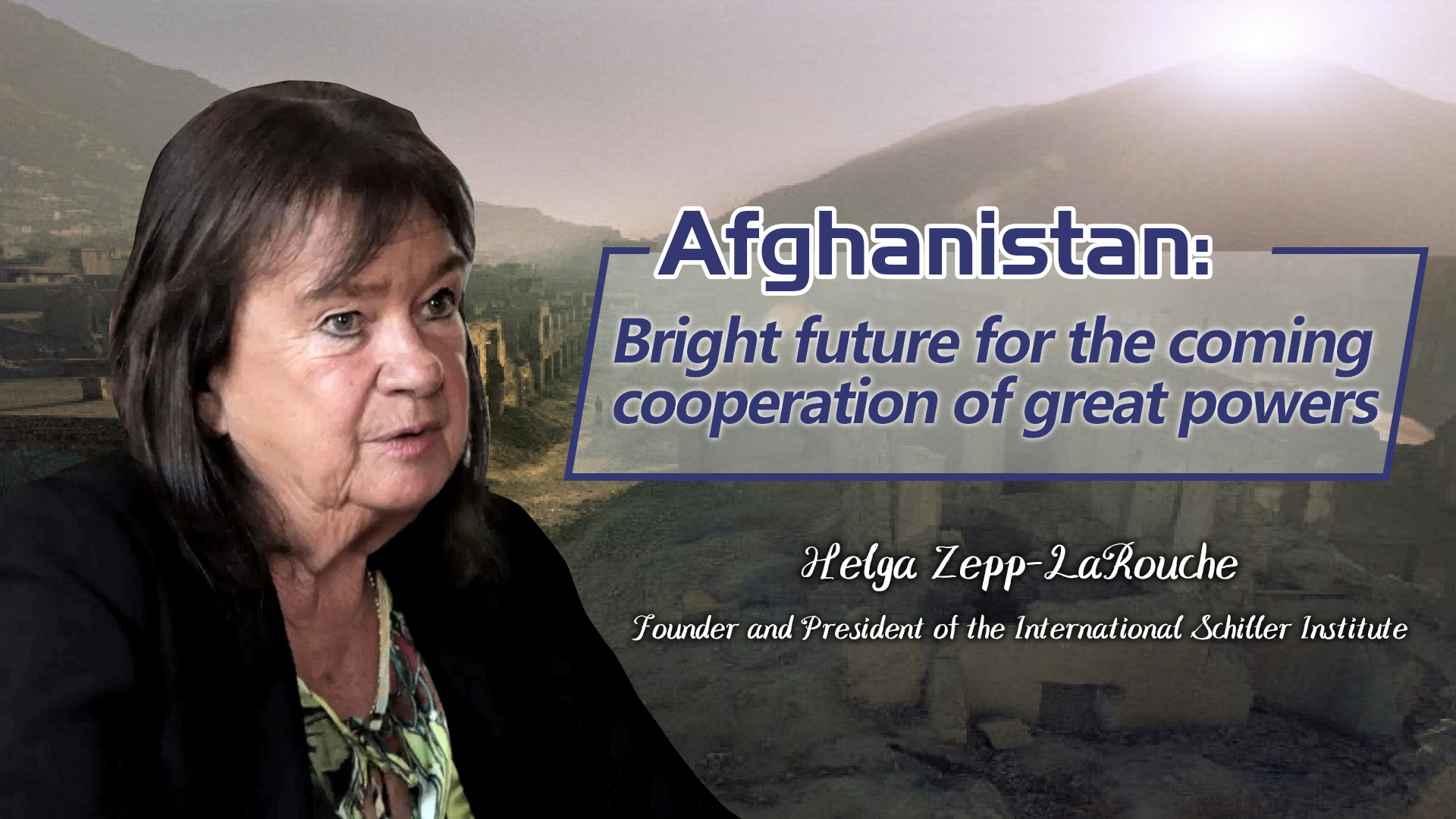 Editor's note: Afghanistan, a country that has suffered decades of war, is trying to rebuild itself from the ruins. Reconstruction will take concerted efforts from within the country as well as from the international community. Helga Zepp-LaRouche, founder and president of the International Schiller Institute, shares her thoughts on the possibilities for future cooperation of great powers in Afghanistan. The opinions expressed in the video are her own and not necessarily the views of CGTN.

I believe that with the troop withdrawal of the United States and NATO, there is such a situation in Afghanistan. It is apparent to everybody that long wars in Asia are not winnable, as Douglas MacArthur told (John F.) Kennedy on April 28, 1961, when the president was in conflict with his advisers on what to do in Vietnam. MacArthur told Kennedy, "Never fight a land war in Asia."

And it should be obvious, even to the most incurable warmongers on the planet, that in Afghanistan, no military solution can succeed. In that sense, there must be a recognition that all such endless wars, like in Vietnam, Afghanistan, Iraq, Libya, Syria and so forth, belong to a paradigm of geopolitical thinking that has utterly failed. That means that the geopolitics of the British Empire, of the Great Game, of the Arc of Crisis – of Bernard Lewis and Zbigniew Brzezinski – must be outlawed forever. And there should be an agreement among all neighbors of Afghanistan that geopolitical manipulation must be ended and replaced by the application of the Five Principles of Peaceful Coexistence.

The people of Afghanistan have been suffering from the theater of such a war for a very long time – 10 years of Brzezinski's war, playing the so-called Islamic card against the Soviet Union in the 1980s; and then recently, 20 years of war of the United States and NATO troops against the Taliban. The horror of fear of bombs, of terrorism, of nightly attacks, must stop!

I think it is time for all the countries who participated in these wars as aggressors to be part of the reconstruction as a way of reconciliation. When Taliban leader Mullah Abdul Ghani Baradar was recently in China discussing with Chinese Foreign Minister Wang Yi, the latter stressed China's commitment for the territorial integrity of Afghanistan and the non-interference in the internal affairs.

Baradar in turn promised that there would be respect for the Chinese interests in return. It is mandatory that all international forces take such an attitude of non-interference in the internal affairs, which is the only way that the different factions can no longer be used for the pursuit of proxy interests by other nations, and that the pride of the Afghanistan people, for which there are centuries of historic documentation, can be given tribute to.

It is equally important that U.S. Secretary of State (Antony) Blinken, during his recent trip to India stated that the U.S. government sees a positive role for China in the economic development of Afghanistan. As well as the Afghan ambassador to China, recently said that Afghanistan is the one place where the United States and China can actually cooperate, since they have common interests such as the suppression of terrorism and the elimination of opium production.

Similarly, Zamir Kabulov, the special presidential envoy for Afghanistan for Russia, sees a coincidence of Russian and U.S. interests concerning Afghanistan. Wang Yi has also stated repeatedly the hope for American participation in these development projects.

There is another dimension to the hope for a bright future for Afghanistan and its neighbors. It is due to the archaeological work especially in the Soviet era that there is now much more evidence that in Bactria and Sogdiana, which is now Tajikistan, Uzbekistan and Afghanistan, there were urban civilizations which earned the area the name the Land of the Thousand Cities.

These civilizations were contemporary with the Achaemenid Empire in Iran, ancient Greece, and republican and imperial Rome. It will be a great enrichment for all of humanity to learn more about this great history and to unearth the memory of this great civilization in order to have a dialogue of the best traditions and contributions of all civilizations.

I think this will be one of the absolute great joint tasks to show the 5,000 years of history of that region, and its contribution to universal history.

In this sense, Afghanistan is at a crossroad. Not only for Eurasian integration, but also at a crossroad for the universal history where we all can leave the age of immature adolescence behind us, and enter an era of adulthood, in which we concentrate on the common aims of mankind.