Download
No more blunders to be made
Junaid S. Ahmad 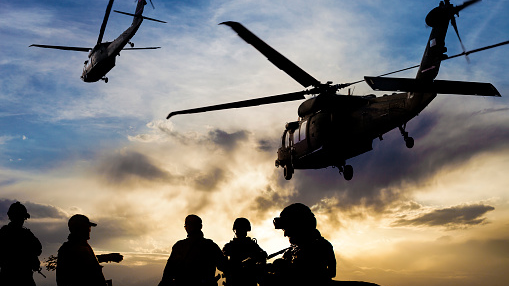 Editor's note: Junaid S. Ahmad is a professor of religion and world politics and is the director of the Center for the Study of Islam and Decoloniality in Islamabad, Pakistan. The article reflects the author's opinions and not necessarily the views of CGTN.

"Vietnam is a unique case – culturally, historically and politically. I hope that the United States will not repeat its Vietnam blunders elsewhere."

One of the great gurus of matters related to colonialism, hegemony and resistance – the late Pakistani intellectual, Eqbal Ahmad, offered some sober advice to Washington planners nearly half a century ago. Sadly, not only was it not heeded, but it no longer makes sense to categorize the compiling and cascading imperial mistakes as merely "blunders."

It is obviously the case that every nation has its unique objective and subjective specificities. These are what ultimately define and situate the country – geo-strategically – in the world system. The Vietnamese were, objectively, just another nation in the Third World. However, the formidable organized resistance mounted against unquestioned planetary American supremacy is Vietnam's striking subjective, particular characteristic at that time.

Despite the enormous human toll on Vietnam, the over-a-decade-long brutal American air and ground war could not defeat the resistance. At least it could not militarily.

However, politically speaking – Washington's message was sent, loud and clear. If a nation of the Third World, or the Global South, did not submit to America's grand design for the world, it would pay a heavy price. Vietnam was utterly destroyed by massive carpet bombing sustained year after year. What type of independence and sovereignty was there to be had when there was barely a dent made to unhinged American hegemony?

U.S. global domination would continue to manifest itself in the coups and proxy wars that America continued to indulge in – successfully in terms of its imperial ambitions – for the decades to come. The "Vietnam Syndrome" did not mean less global interventionism by the United States. It was simply expansionism via other – indirect – means. And that "syndrome" was short-lived. It was overcome by the time of the heavy American military deployment in the Gulf War of 1990-91.

The scenarios of Saigon in 1975 and Kabul in 2021 are remarkably similar, despite the considerable ideological differences of the indigenous political forces involved. The utter humiliation of the U.S. in both cases is all too palpable. Nevertheless, there is a crucial difference: the two events take place in vastly different global contexts. And that has defined the way the Taliban have retaken Afghanistan now.

By 1996, it had taken the nascent Taliban two years to defeat a bunch of warlords before establishing its reign over the country from Kabul. The new movement of "students," or Taliban, were openly and fully backed, in all ways, including militarily, by Pakistan. Not only have the Taliban not been supported anything remotely like that this time by Islamabad or elsewhere, they have also had to confront what on paper is a much more daunting enemy: heavily trained and armed Afghan security and military personnel numbering well over 300,000. And, of course, American airstrikes.

We have seen in front of our eyes how astonishingly quickly this ethnic Pashtun insurgency took over Afghanistan once the officially announced beginning-of-the-end of the Western occupation began. The American puppet government in Saigon lasted a good three years after the U.S. withdrawal there in 1972. Indeed, even the Soviet puppet regime in Kabul lasted a good three years after the Soviets withdrew in 1989. The Ashraf Ghani government, on the other hand, collapsed even before the American deadline for withdrawal. 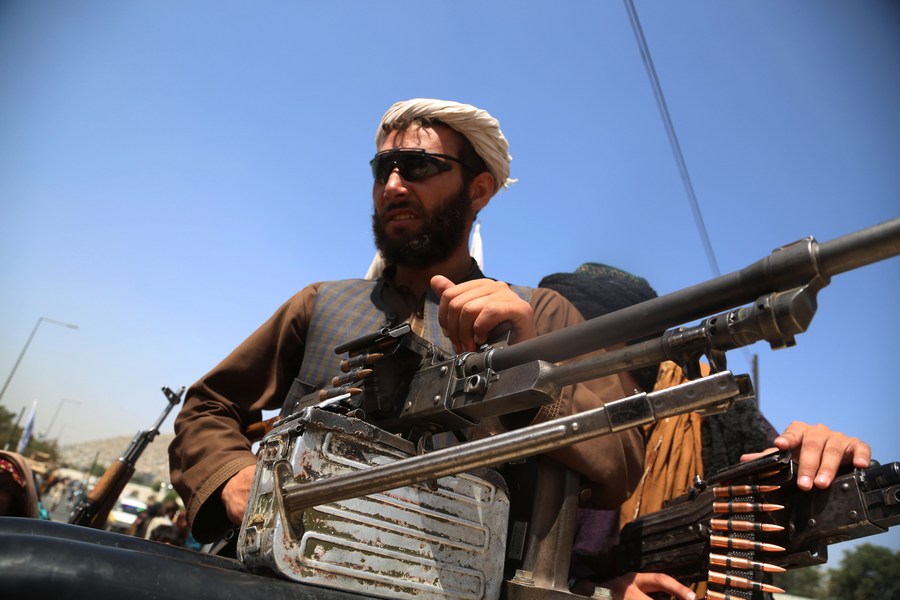 To emphasize this fact again: the Taliban today, unlike that of the 1990s, have accomplished what they have in Afghanistan more or less on their own. It becomes remarkable when comparing their achievement with the lack thereof, for example, of the "moderate rebels" in Syria. Funded to the tune of hundreds of millions of dollars and armed to the teeth by an array of both regional actors as well as Western ones (principally the United States), this not-so-moderate proxy opposition could not bring down the Assad regime.

However critical Russian and Iranian/Hezbollah support was for the Syrian government, it in no way approximates the scale of the two decades of Western occupation of Afghanistan. The country has witnessed 20 years of U.S./NATO airstrikes, ground operations by up to 150,000 foreign forces, an equal if not larger number of mercenaries and private contractors, and the arming and training of the Afghan National Army (ANA) and security personnel – with a tally of around $2 trillion for this entire venture, only to see, in the end, the propped-up puppet fiefdom in Kabul lost power so quickly and so embarrassingly when having to confront any resistance on its own.

The larger political meaning of what has happened now in Afghanistan is what distinguishes it from the fall of Saigon in 1975. The war and military defeat in Vietnam, as Eqbal Ahmad noted, was a colossal American blunder. Beyond its geopolitical significance, the Vietnam War took a tragic human toll of epic proportions.

But the United States could easily survive that military defeat – again, politically speaking. The U.S. maintained its global hegemonic status of the superpower that "calls all the shots." A country dreaming of independence and sovereignty may put up a valiant resistance to the American imperium. But even if such a resistance "wins," as the Viet Cong did, its country would have been flattened to a moonscape. Ultimately, such a Third World nation would be politically and economically compelled to return to its subservient status in the America­­­n-run global order.

And that is what differentiates the Saigon defeat in 1975 from the Kabul one in 2021. Over the past few decades, the U.S. has gone from a steady decline as the hegemonic power – to a precipitous one. The disastrous wars in Iraq and Afghanistan have further validated such an assessment.

Thus, what has now occurred in Afghanistan is not just another imperial "blunder." It is a naked manifestation, with its startling sequence of events and spectacular optics, of the terminal crisis of empire. The past two weeks, culminating in the Taliban's capture of Kabul, represent nothing less than the final stage of the post-war American imperium.

Rather than simply examining the two events in and of themselves, Saigon in 1975 and Kabul in 2021, respectively, we must evaluate the objective structural global position of the United Sates both before and after each military intervention. And therein lies the crux of the matter. The U.S. was utterly dominant both before and after the "blunder" in Vietnam. Even after that "blunder," the world was still divided between the winning West and the remaining rest.

That is no longer the case. The fall of Kabul was symptomatic and a product of the decades-long process of the severe weakening of American power, authority and legitimacy – in short, its hegemony. The world has become definitively multipolar, especially with the phenomenal rise of China. There has been a profound de-centering of the West in the world system that it has attempted to dominate for more than 500 years now.

The retreating American forces in Kabul, therefore, may not only be the symbolic death knell of American exceptionalism and expansionism – narratives and processes that define the nation since its birth, it may also be one of the last pages of the chapter of Eurocentric history.