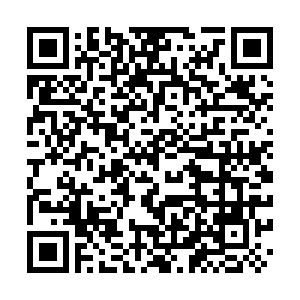 A fossilized egg from an extinct prehistoric giant turtle with an embryo still inside has been discovered in central China's Henan Province.

The discovery was made in 2018 but the results of the research were only just published online in the Proceedings of the Royal Society B: Biological Sciences journal.

The fossil, dating back to about 100 million years ago during the Cretaceous Period, is a complete egg containing embryonic remains. 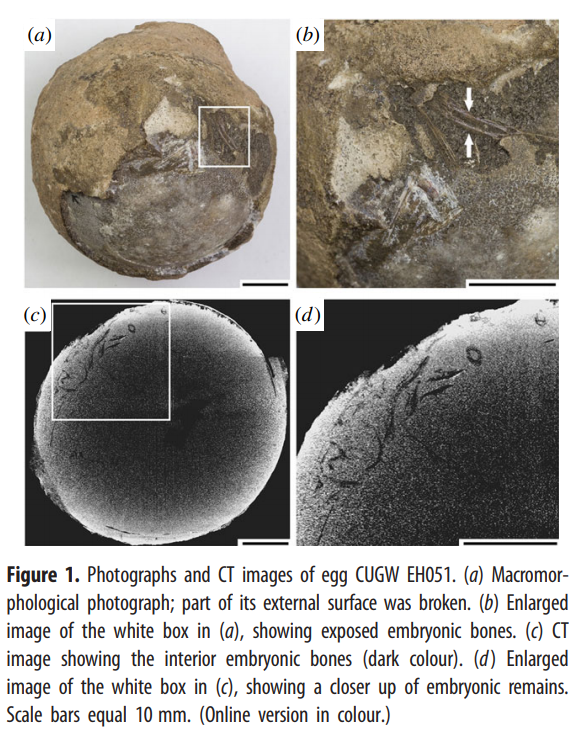 A screenshot of the photographs and CT images of the fossilized egg published in the biological research journal Proceedings of the Royal Society B: Biological Sciences in August, 2021.

A screenshot of the photographs and CT images of the fossilized egg published in the biological research journal Proceedings of the Royal Society B: Biological Sciences in August, 2021.

Based on 3D reconstruction with the help of high-precision micro-CT scanning, researchers confirmed that the huge and unusually thick-shelled egg was from the Nanhsiungchelyidae, an extinct group of large terrestrial turtles.

According to researcher Han Fenglu from the China University of Geosciences in Wuhan, who first discovered the ancient egg during a field trip in Henan in 2018, it is rare to successfully link a turtle egg fossil with a specific genus.

The turtle that laid the egg was likely to be as long as 1.6 meters, according to the estimation.

The egg shell was nearly 2 millimeters thick, making it among the world's largest and thickest-shelled Mesozoic turtle eggs so far discovered.

Researchers are still investigating the reason for the thick shell, but they say it was probably to adapt to an unusually extreme environment at that time.

"We have found a structure that looks suspiciously like bone in the broken part of the eggshell," said Han. "It is likely that a baby turtle was close to breaking out of its shell."

Turtles originated in the late Triassic Period and gradually evolved into reptiles over a period of more than 200 million years.