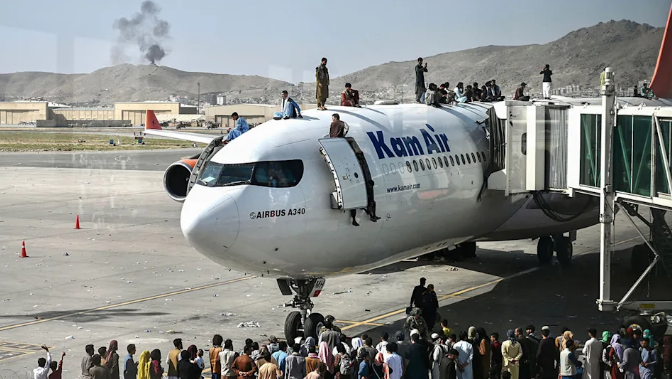 The United States and its allies were still racing against "time and space" on Saturday in the increasingly chaotic and dangerous bid to evacuate people from the now Taliban-controlled Afghanistan, with desperate residents seen running towards Kabul airport, hoping to catch the last flights out of the city.

Six days after the Taliban swept to power, tens of thousands were still trying to leave the country, fearful about the past record of human rights abuses during the 1996-2001 regime. Some are hoping for new lives abroad.

However, nearby Turkey's President Recep Tayyip Erdogan said on Saturday that his country would not be able to cope with an "additional burden of migrants" arriving from Afghanistan. Turkey, which has several hundred troops in Afghanistan, is involved in securing Kabul airport with the United States.

"Turkey, which already has five million refugees, cannot take an additional burden of migrants," he said during a telephone call with German Chancellor Angela Merkel, adding that a new wave of migrants is "inevitable" if measures are not taken in Afghanistan and Iran.

Erdogan had made similar comments to Greek Prime Minister Kyriakos Mitsotakis on Friday.

Be 'open' to the Taliban: Erdogan tells Putin

In another phone call with his Russian counterpart Vladimir Putin, Erdogan called on maintaining dialogue with the Taliban and taking a "gradual" approach to relations with Afghanistan's new rulers.

"We must keep the channels of open dialogue with the Taliban and pursue a gradual engagement instead of an approach based on hard conditions," Erdogan said, according to a statement from his office.

The Turkish leader also welcomed talks between the Taliban and former senior Afghan officials as "promising." 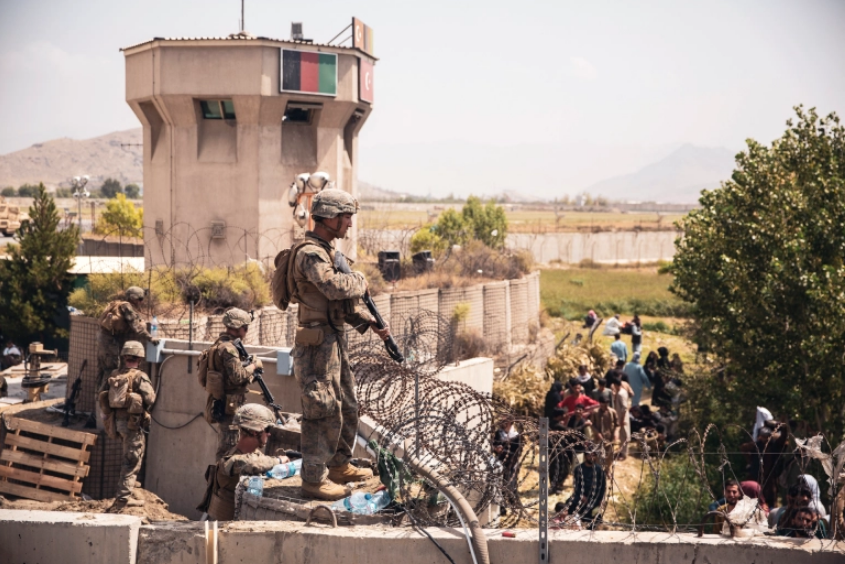 "We welcome the Taliban's moderate messages as positive for the moment, but the process ahead will be shaped not by their words but by their deeds," Erdogan said.

"The presidents agreed to strengthen bilateral cooperation on Afghanistan," the Kremlin said in a statement.

"Please, please, please help me ... where should I go, what should I do?" a man, who said he worked for the U.S. embassy in the mid-2000s, wrote in a WhatsApp group for people to share information on how to get out, according to AFP.

Over the past week, crowds – including children – have ballooned at the U.S.-controlled Hamid Karzai International Airport in the heat and dust of the day, in a desperate scramble to secure a way out of the country.

Pentagon spokesman John Kirby conveyed a sense of urgency as the military aims to complete the evacuations by August 31.

"We know that we're fighting against both time and space," he said.

For European Union Foreign Policy Chief Josep Borrell, it's a losing battle. "They want to evacuate 60,000 people between now and the end of this month. It's mathematically impossible," the EU official said.

The United States also urged its citizens still in Afghanistan to avoid the airport unless told otherwise, citing "potential security threats" near the airport's gates. The Taliban, too, called on those without travel documents to go home.

According to the official number, at least 12 people have been killed in and around the single-runway airfield since last Sunday, the time when the Taliban seized control of Afghanistan.

Former UK Prime Minister Tony Blair, who in 2001 took Britain into war in Afghanistan alongside the U.S., on Saturday condemned their "abandonment" of the country as "dangerous" and "unnecessary."

In his first public comments on the crisis since the Afghan government collapsed last weekend, Blair criticized the U.S. motives for the withdrawal as "imbecilic" and "driven not by grand strategy but by politics."

"The abandonment of Afghanistan and its people is tragic, dangerous, unnecessary, not in their interests and not in ours," Blair wrote in a wide-ranging article published on his institute's website.

"We did it in obedience to an imbecilic political slogan about ending 'the forever wars,' as if our engagement in 2021 was remotely comparable to our commitment 20 or even 10 years ago."

The comments will be widely seen as a direct attack on U.S. President Biden, who used the "forever wars" phrase repeatedly during campaigning last year.