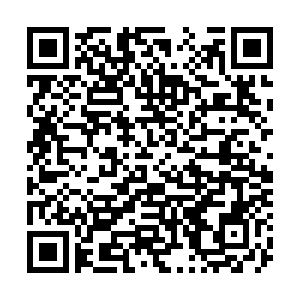 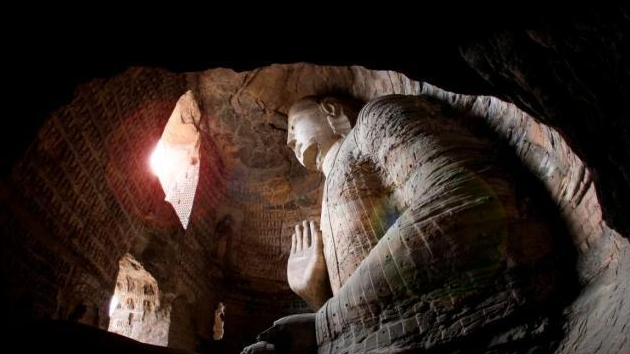 After 40 days of digital information collection, No.19 cave, one of the earliest caves of Yungang Buddha Grottoes, opens to the public on Saturday with heartwarming statues of Sakyamuni and his son.

The two statues were on the west wall of the cave, depicting the moment Sakyamuni meets his son Rahula. The huge statue of the Buddha Sakyamuni has his left hand on top of Rahula's head and has a warm smile on his face.

They are the highlights of the No. 19 cave and seem to be the most heartwarming statues of the whole Yungang Grottoes, one of China's most famous Buddhist temple grottoes located in northern Shanxi Province. 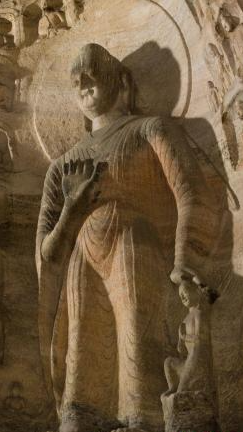 The two statues on the west wall of the No.19 cave depict the moment Sakyamuni meets his son Rahula, in Yungang Buddha Grottoes, north China's Shanxi Province. /Chinanews.

The two statues on the west wall of the No.19 cave depict the moment Sakyamuni meets his son Rahula, in Yungang Buddha Grottoes, north China's Shanxi Province. /Chinanews.

A sitting-Buddha statue that occupies a large area of the No. 19 cave is the main statue. Standing 16.8 meters tall, it is the second-tallest Buddha of the Yungang Grottoes.

Most of the rest area of the cave is covered with the "thousand-Buddha" statue – over 4,000 smaller-sized Buddha statues – the second-largest number of Buddha statues after the No. 15 cave, or the "Ten-thousand Buddha cave."

The works are in the process of being digitized for archival and protection purposes. The project started in 2003 and comprises "the use of 3D scanning and other digital technologies to comprehensively collect information about the grottoes, establish digital archives for further protection and research," Ren Ningbo, a manager at the Yungang Research Institute, explained.

The archival aspect of the project is expected to be completed by 2025. 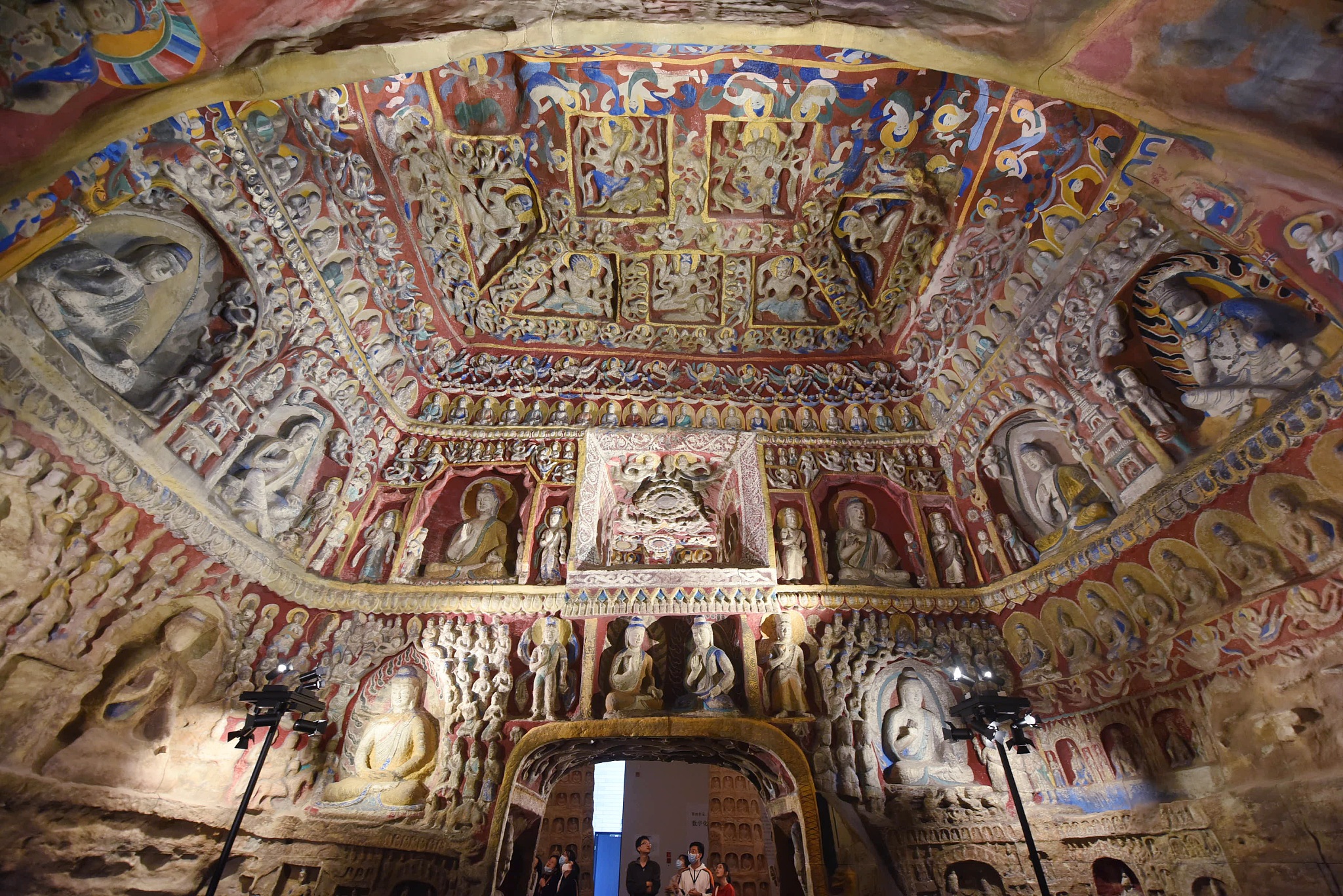 Built during the Northern Wei Dynasty (386-534), the Yungang Grottoes have over 1,500 years of history and are one of China's biggest Buddha Temple Grottoes. The site has 45 major caves and more than 1,100 small niches with over 59,000 statues of varying sizes.

Yungang Grottoes was listed on the World Cultural Heritage List by the United Nations Educational, Scientific and Cultural Organization (UNESCO) in 2001.