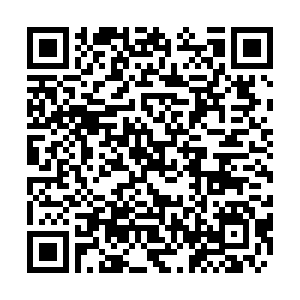 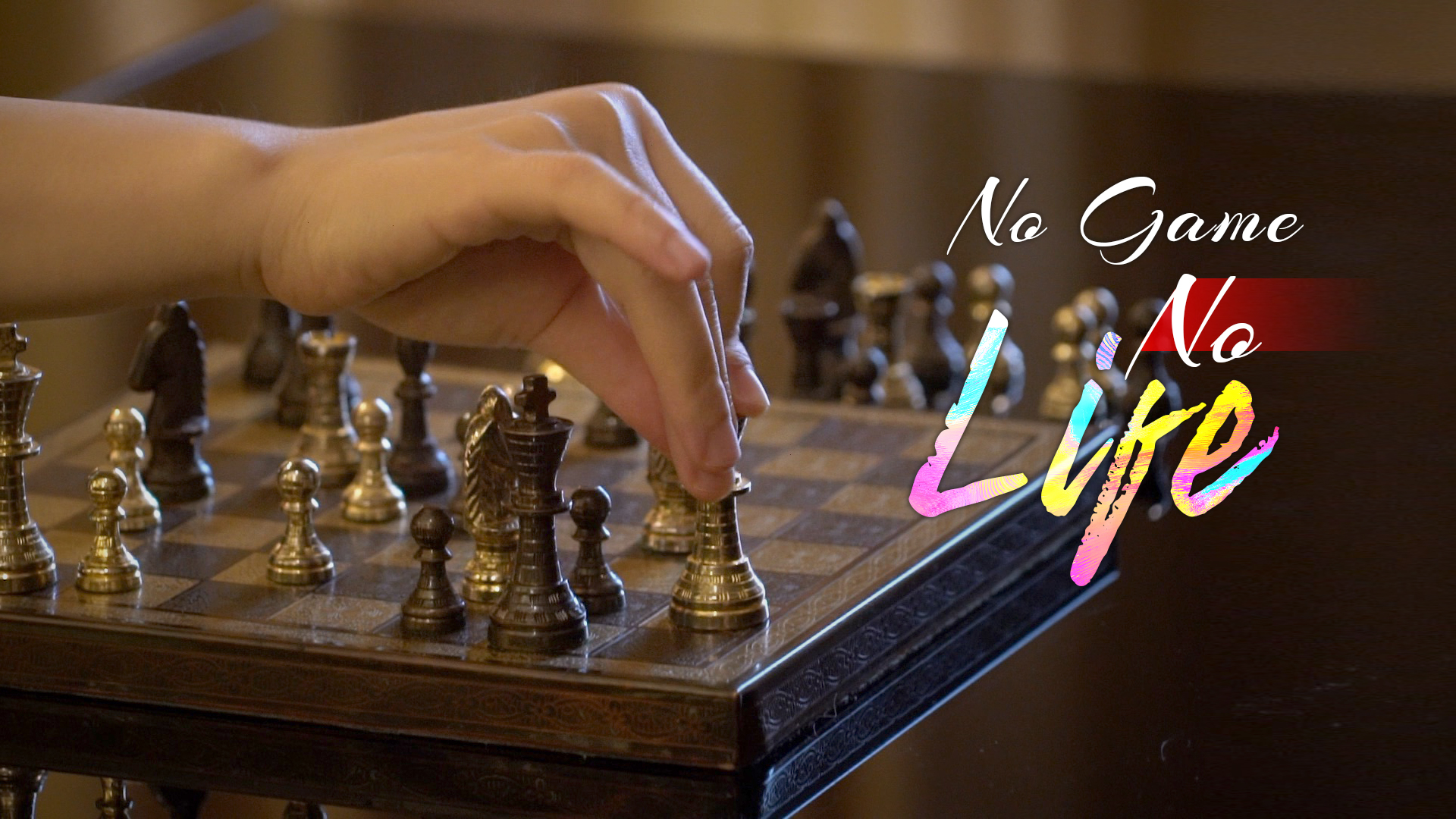 "Life is like a game of chess, where every move you make has an impact on the rest of your game," Kathy Gong Xiaosi said, looking radiant. Sitting in the open area outside her office in downtown Beijing, Gong, once the youngest national chess champion, recounted how her third startup survived a near collapse.

Called Wafa Games, her company uses cutting-edge tech to create fun and dignified gaming experiences. Venturing into the gaming industry requires massive investments and courage to withstand the risk of bankruptcy. But Gong chose to go against the grain.

The 35-year-old woman from the southwestern city of Chengdu founded the company in 2017 with a partner she got to know through playing games. "I'm a gamer, but I found most games boring or even disagreeable since female characters are designed mainly to appeal to male players, with scant clothing and sexualized bodies." For decades, most video games around the world have portrayed female characters as manifestations of male fantasies with hourglass curves and skinny waists. In hot pants or tiny skirts, they prance around to help, support and take care of their male teammates. Either that or they are framed as ditzy love interests needing to be rescued.

Gong developed her deep affection for games during a lonely period while studying in New York, so she decided to fight against this stereotype by creating well-rounded female protagonists, especially for women gamers like her. "I like hardcore games where you use strategic thinking as you do on the chessboard," she said.

Female gamers are on the rise, accounting for nearly half of gamers worldwide. In China and the U.S. – the world's two biggest gaming markets – women made up about 48 percent (according to the China Gamers Report) and 41 percent (according to Statista) of gamers respectively in 2020. The female-to-male proportion is even higher when it comes to the mobile gaming market, at 63 percent female and 37 percent male. Women players are fond of a variety of games from adventure to action to strategy, plot-heavy and story-driven, but it can be difficult for them to find elements they relate to. 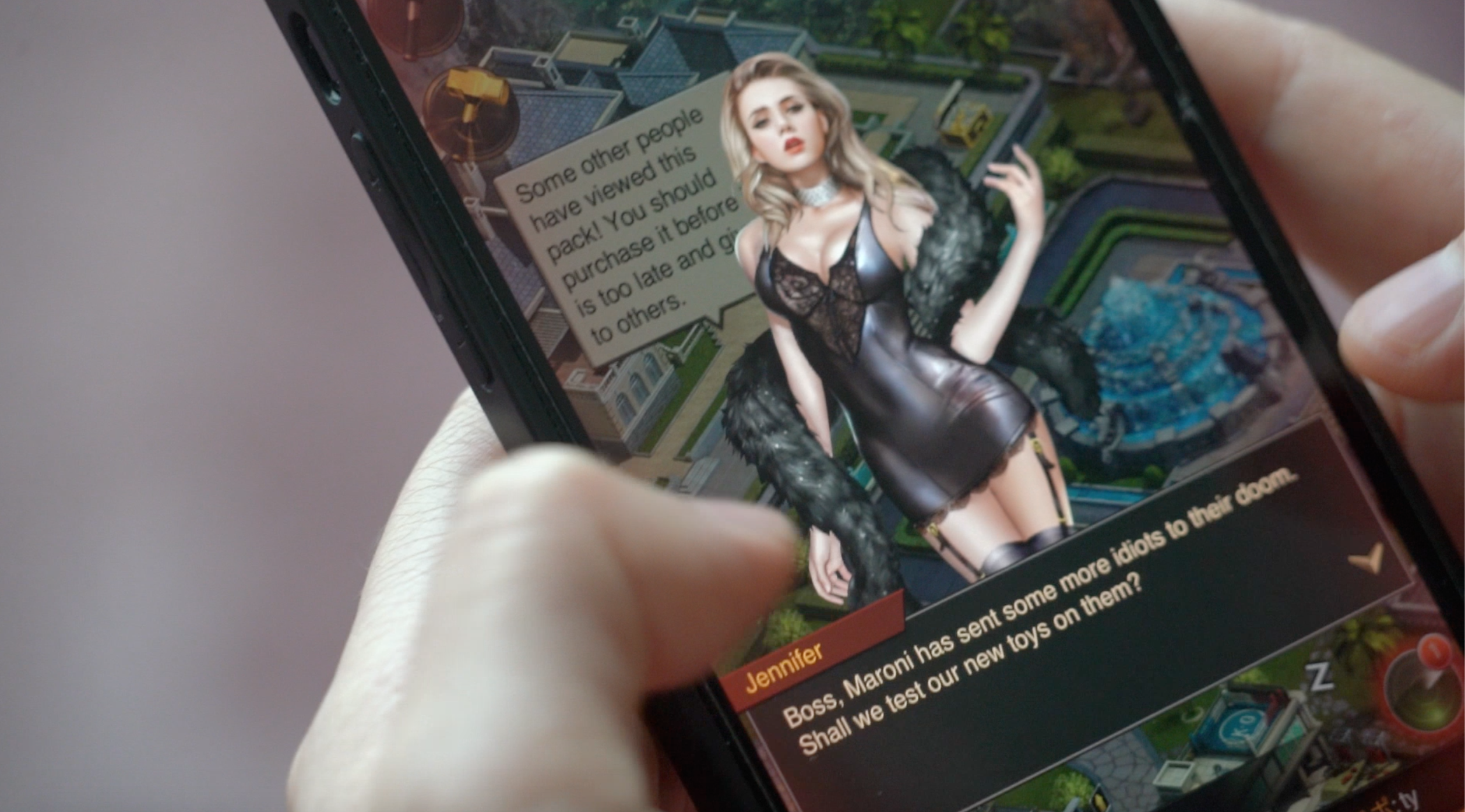 Gong Xiaosi randomly shows a female character in a game, at her condo in Beijing, August 5, 2021. Yang Shengjie/CGTN

Gong Xiaosi randomly shows a female character in a game, at her condo in Beijing, August 5, 2021. Yang Shengjie/CGTN

A gamer, a woman, an entrepreneur

The gaming industry is hyper-casual, which makes it difficult to anticipate customer demand and predict what's going to be popular next year. Getting VC funding for a gaming startup is tough. Moreover, a team with well-rounded expertise, cohesion and gender conscience is usually an outlier.

For such a startup led by a woman, things get even more complicated. Gong noted that fewer than one in 1,000 female entrepreneurs in the industry have ever gotten early-stage investment. She had to go the extra mile to get things done.

Most of the time when she met with investors, they'd ask, "How do you lead a game company as a woman?" She was repeatedly told to make people forget as much as possible that she's a woman.

Like in most other sectors, women in power are still subordinate to their male counterparts. On the executive board of the top 14 global gaming companies, only 16 percent are women, according to a Forbes study in 2020. The proportion is equally dire out of the C-Suite: Women make up merely 24 percent of employees engaged in game development. In addition, they frequently face discrimination, and receive lower pay than their male counterparts.

Most games are created by men, for men. Female representation in both the real world and the make-believe universe is far from fair.

The way to trailblaze in this boys-only club is rough and checkered. "Like playing chess, one move is all it takes for your game to fall apart."

In 2019, Wafa Games had a serious problem with cash flow. She sent emails in a frenzy to possible investors, looking for a way out. "Every day when I walked home, tears just streamed down my face. I ran every day, for 10 kilometers. After that I felt I was reborn. It's just like playing chess: How can you surrender when you are not yet checkmated?" 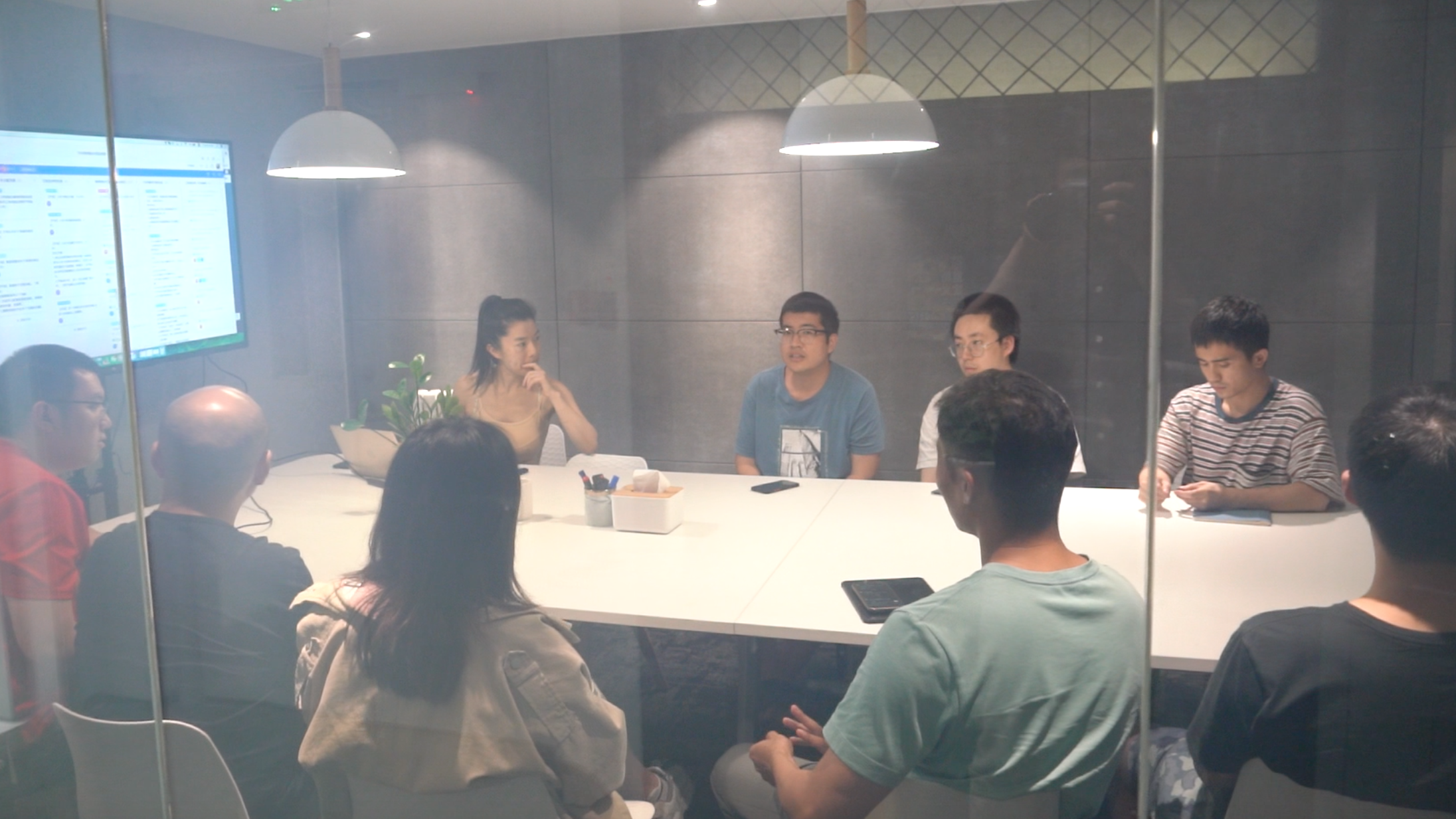 Gong Xiaosi and her team at a meeting, in a conference room of Wafa Games, in Beijing, July 15, 2021. Yang Shengjie/CGTN

Gong Xiaosi and her team at a meeting, in a conference room of Wafa Games, in Beijing, July 15, 2021. Yang Shengjie/CGTN

When Gong was little, her father gave up his stable job at an ordnance factory in Huaying Mountains, and her mother, a doctor, quit to help with her father's endeavor. They moved to the nearby city of Chengdu and started a business amidst the tide of reform and opening-up. It was exciting but daunting.

The family lived in a rental home, too small to house a wardrobe. And it was hard to find a proper school for Gong since many teachers thought "a rural kid" would be a drag on the class. "I felt inferior in that big city."

"Back then, my mother took me to dancing class, but I wasn't into it," Gong recalled. "One day I saw in an opposite classroom a teacher instructing children how to play chess. That piqued my interest. It was amazing to move the pieces on the glittering chessboard."

Since then, she has been obsessed with chess. "My father told me every move had a price. At around 9 or 10, I was traveling around the country to participate in chess competitions. He made me do the math by adding up the costs of train tickets, hotels and registration fee, and then calculate how much each move would cost."

Training and practicing day and night paid off. She became the youngest national champion in China's history at the age of 8 and repeated the feat five years later. With such an impressive accomplishment, she was sent to compete in a dozen international tournaments on behalf of China. 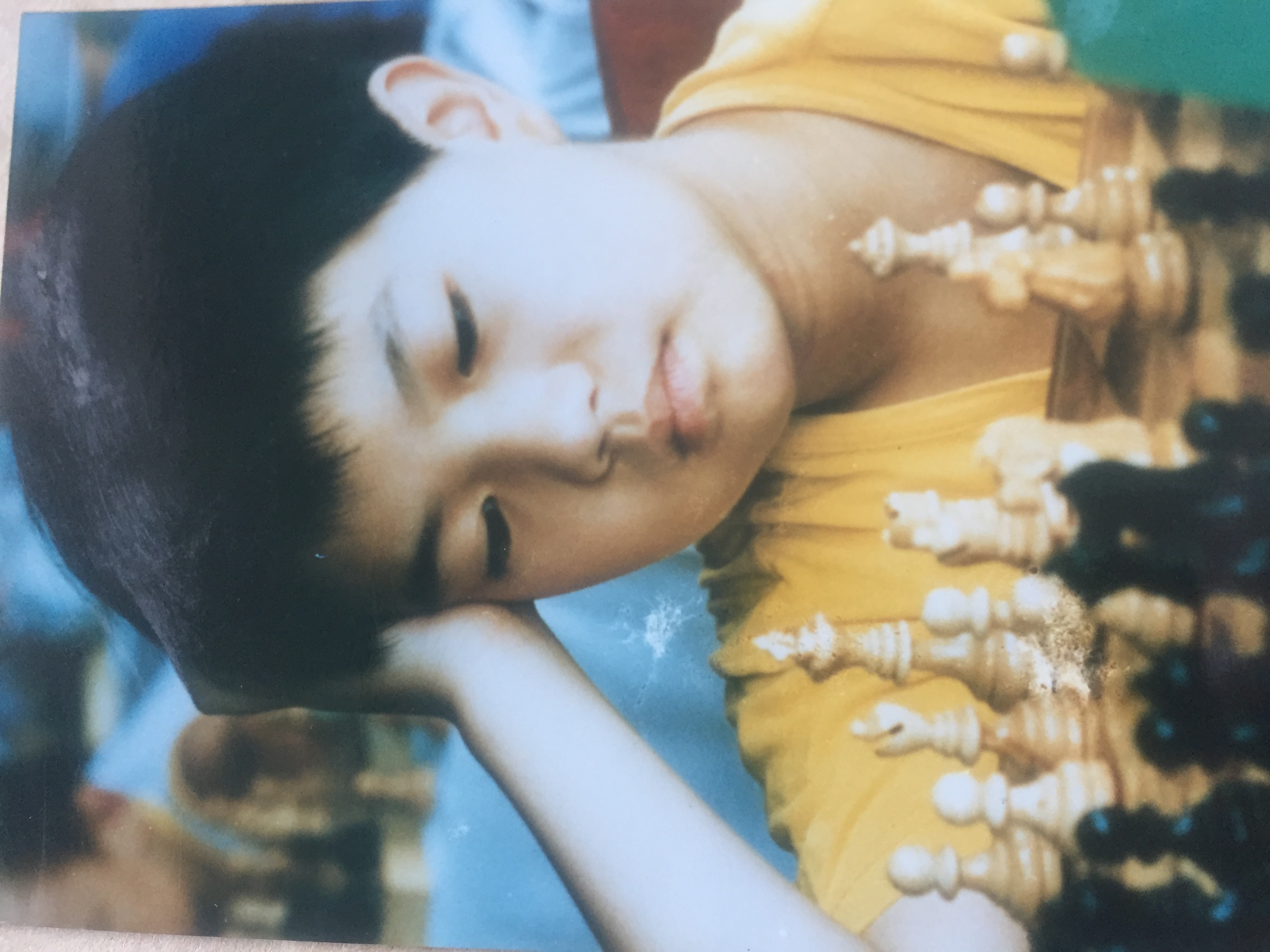 A young championship helped Gong deal with her autism, won her a full scholarship to Columbia University, and most importantly, gave her the ability to manage emotions – a crucial element in entrepreneurship. "Victory is important. Failure is just as important. They both help improve my skills, temper my will, and make me stronger."

Before Wafa Games, Gong founded two startups. The first was called PPoint, an instant messenger for cross-border business negotiation software, which, however, broke by the ninth month before the product came out. She then started a second firm – ai.Law – a robotics company providing affordable legal services in divorce and immigration. For instance, it cost only 1 yuan ($0.15) for one consultation session in a divorce case. To Gong's surprise, 67 percent of the APP's 6 million users were women, many of whom were seeking a divorce from an abusive relationship.

During those early years of entrepreneurship, every day was a thrilling yet indulgent excursion. Hardships couldn't derail her. "You may run out of money, half of your employees quit, and your product even has no potential, but as long as your will does not collapse, there is hope." 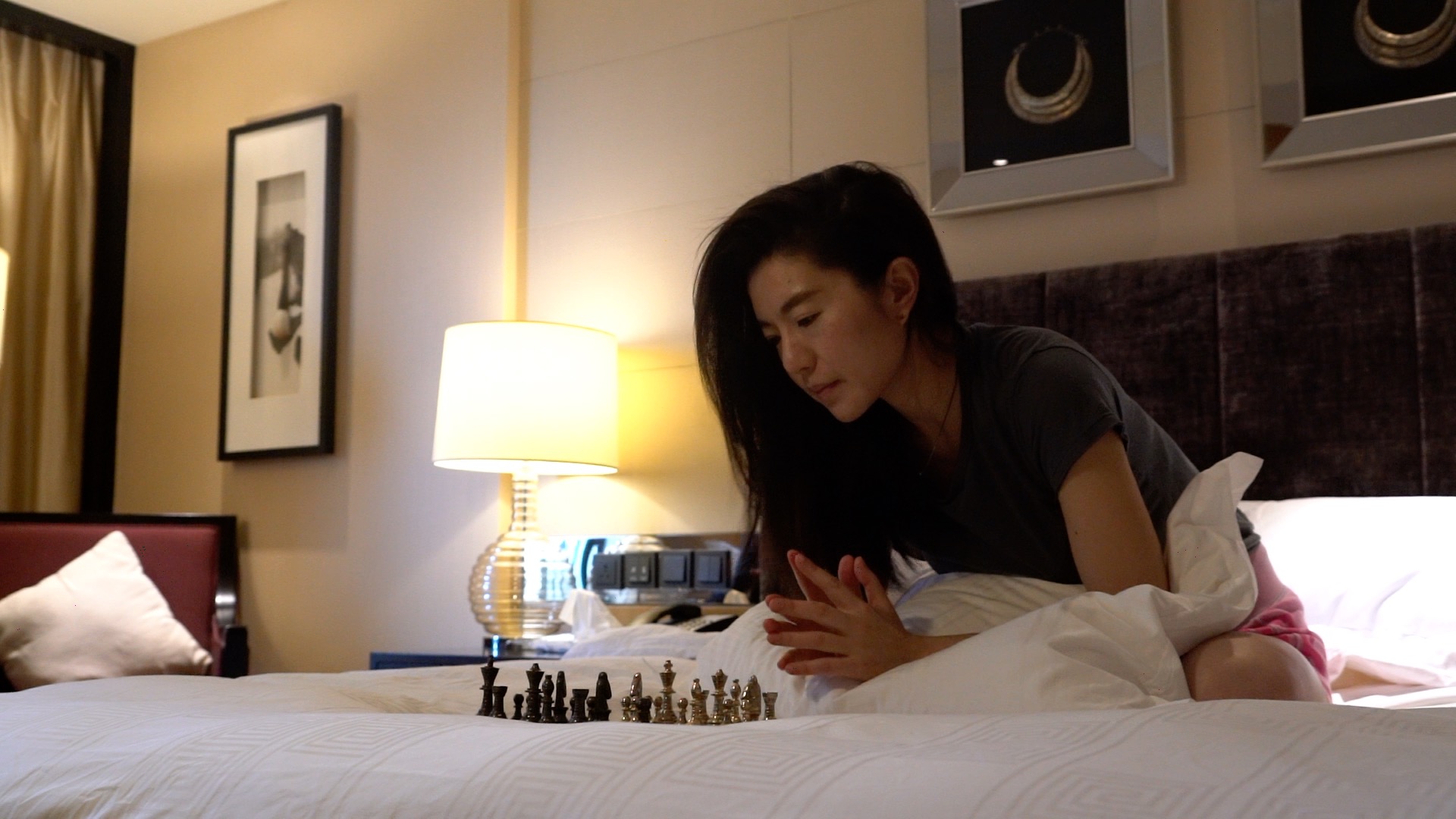 Gong has the habit of playing a game of chess before sleep every night. Photo taken at her condo in Beijing, August 15, 2021. Yang Shengjie/CGTN

Gong has the habit of playing a game of chess before sleep every night. Photo taken at her condo in Beijing, August 15, 2021. Yang Shengjie/CGTN

Gong took away important lessons on gender disparities from the user profiles during her experience with ai.Law. She addresses some of them in her latest startup, such as reshaping female characters into warriors. "In the Middle Ages, there were female generals commanding soldiers on the battlefield. They were brave, resolute, audacious," Gong exclaimed.

She and her team explored powerful women in history to put in their game. "We have a female character called Shajar al-Durr, reputed to be the first female Muslim Sultan during the time of the Crusades, which were pretty much a medieval world war. Born a slave, she ascended to the throne, becoming the first woman to rule Egypt since Cleopatra," Gong said excitedly when explaining the characters in their game "Swords of Glory."

In the Middle Ages, a proliferation of women held ruling positions or worked as political elites. Another female protagonist was Eleanor of Aquitaine, one of the most powerful and wealthy women in medieval Europe. She was married to the king of France and then the king of England when divorce was taboo. Historians today are still obsessed with exploring the legend of her life. 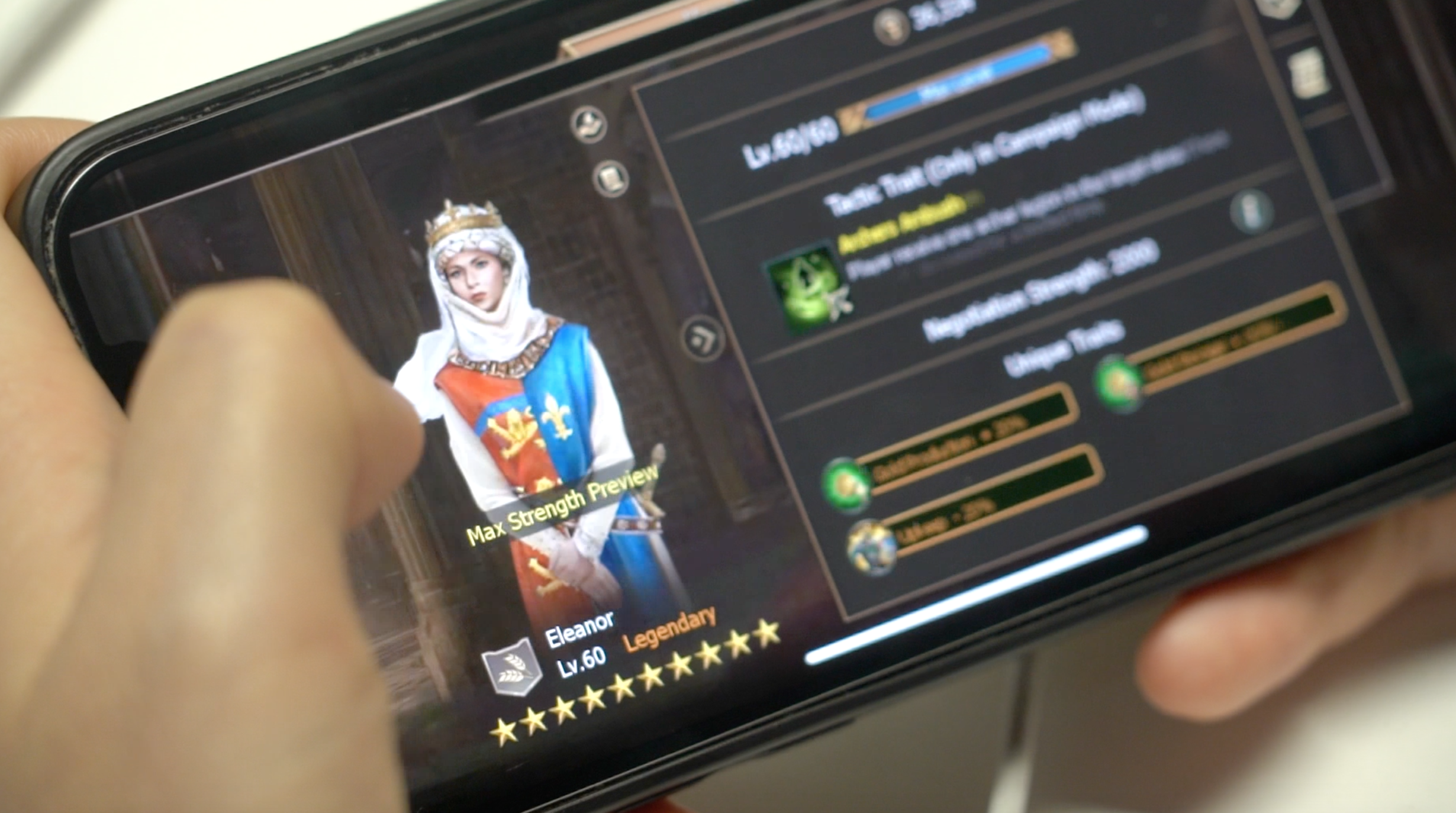 The character "Eleanor of Aquitaine" in the game "Swords of Glory." Yang Shengjie/CGTN

The character "Eleanor of Aquitaine" in the game "Swords of Glory." Yang Shengjie/CGTN

While promoting gender diversity through game design, Gong calls for unity among young people from all backgrounds, not just between men and women. Now that 80 percent of millennials and Gen Zers play video games, she thinks it's important to have the younger generations use games for more than play. "In our game, for example, we have many Muslim players and Christian players. In the real world they might start a fight when they meet, but in the game world they might be brothers."

Now Wafa Games has over 1 million gamers worldwide, 40 percent of whom are women. For her breakthroughs in game AI and related algorithms as well as her effort to promote digital dignity, Gong was named one of the 35 innovators under the age of 35 by MIT Technology Review. 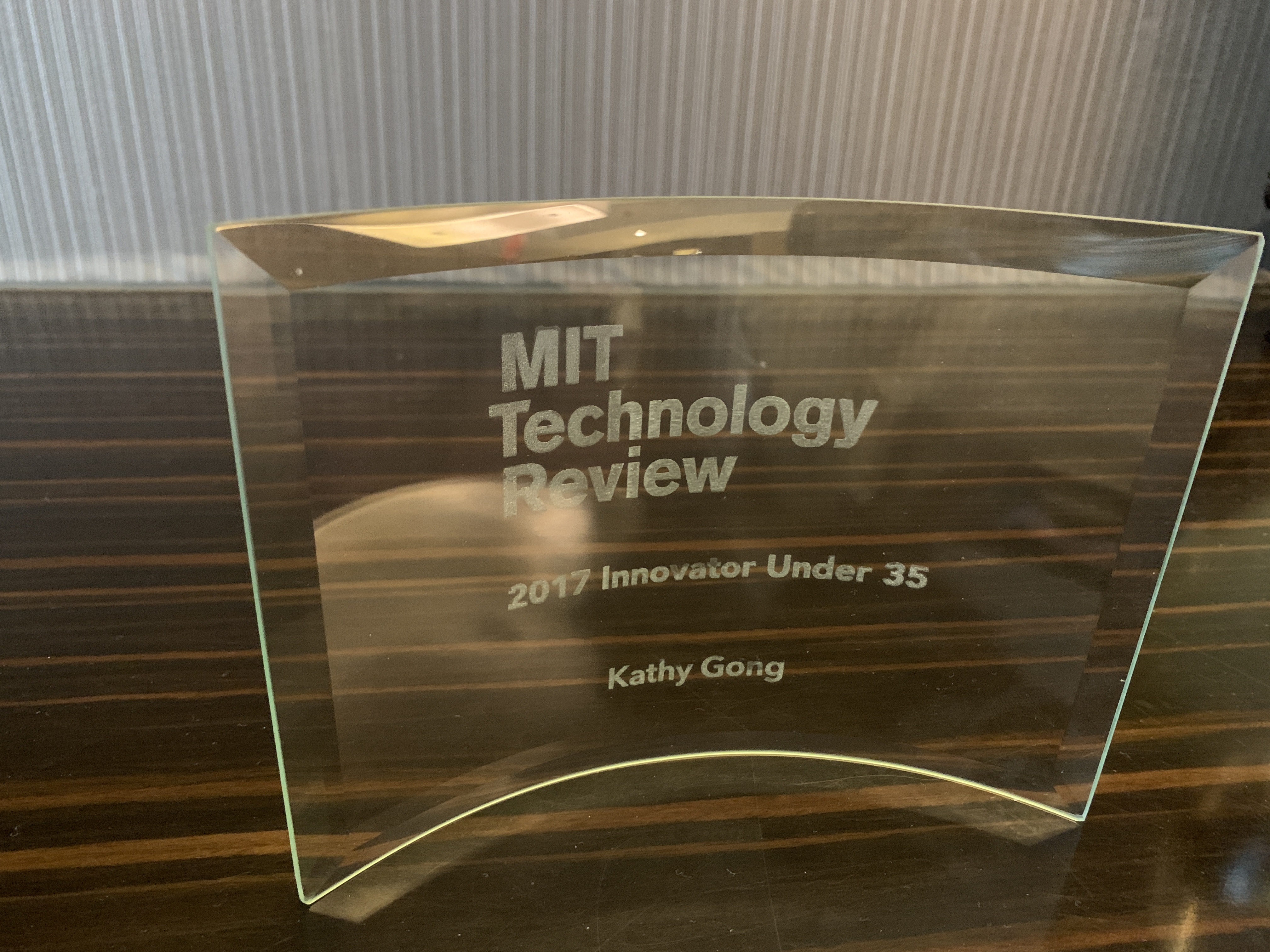 Gong was named one of the 35 innovators under the age of 35 by MIT Technology Review in 2017. Yang Shengjie/CGTN

Gong was named one of the 35 innovators under the age of 35 by MIT Technology Review in 2017. Yang Shengjie/CGTN

For Gong, games should be more than fun – they should also be meaningful, and stimulate the intellect and senses.

"Many deem games to be a time killer that rots one's mind, but that depends on the content of the game. Chess is a game, a game that trains your intelligence, tactics, and strategic thinking. Good games provide people with a platform that eliminates barriers formed by discrimination and prejudice."

In the gaming industry, there's progress in female representation, in terms of characters, gamers and women engaged in this sector, but such gains are very fragile. There's still a long way to go for gaming to become a gender-equal, discrimination-free world. Unsurprisingly, Gong is working toward this goal, as she hopes that women not only see inspirational versions of themselves in games, but one day make their own worlds where they are the protagonists.