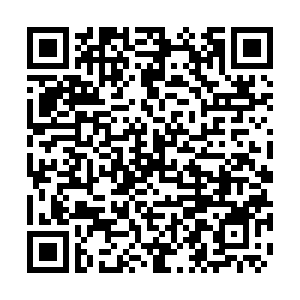 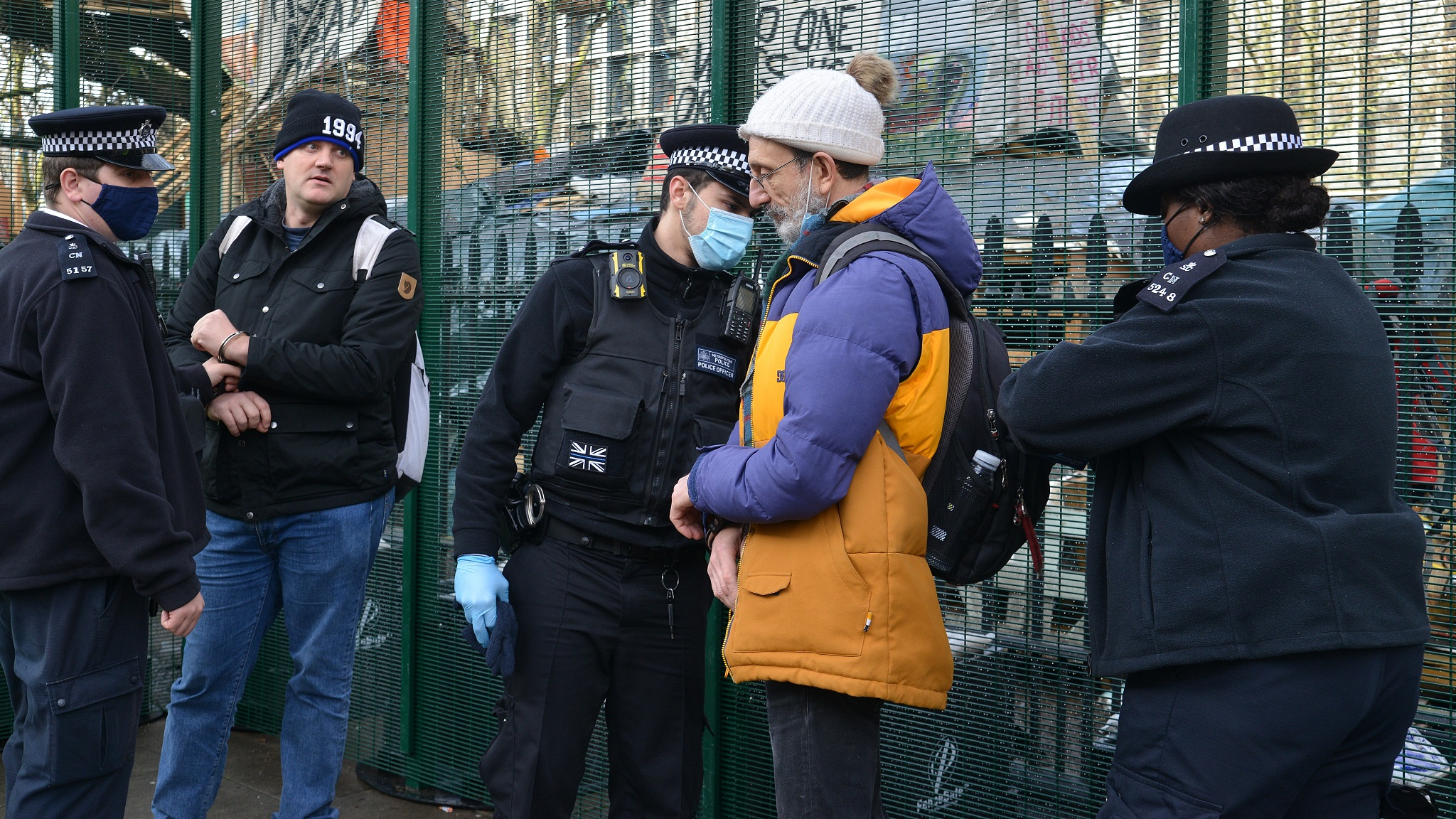 High Speed 2 project (HS2) protestors are arrested and handcuffed by police during a demonstration, January 28, 2021. /CFP

High Speed 2 project (HS2) protestors are arrested and handcuffed by police during a demonstration, January 28, 2021. /CFP

For the past decade Britain's Conservative government has been pushing the highly ambitious and controversial "HS2" (High Speed 2) project, a high-speed rail network that will link the country's two largest cities, London and Birmingham, in its initial phase. The UK's first network, High Speed One, linking London to continental Europe via the Channel Tunnel, had opened in 2003. The first phase of the new system is expected to be operational by 2029.

However, Downing Street has struggled to keep HS2's ballooning costs under control, far exceeding estimations, which for phase one now amounts to up to £40 billion (about $47 billion). As a result, government sources have now anonymously reported to a series of British newspapers that due to the escalating price tag, Westminster has decided to effectively abandon the eastern flank of the system which if sustained would drive up the costs of the project to £100 billion (about $117 billion). The revelation was harshly criticized by the opposition Labour Party, which accused it of failing the country on infrastructure.

Why is British infrastructure so expensive? Although its status as a developed country is one consideration, the main flaw lies in the country's neoliberal economic system, implemented in the Margaret Thatcher era in the 1980s, which advocated the privatization and sale of many public utilities and infrastructure assets, such as railways, energy, water and communications, to private firms who run them at a for-profit initiative, as opposed to a "for the common good" basis, which creates monopolies who push up costs whilst investing the bare minimum. UK railways for one are notorious for poor service, yet astronomical ticket fares. This makes state-led investment problematic and disorientated.

The UK government recognized this situation and as a result in 2019 were in talks with China Railway Corp as a contractor for HS2. Whilst the government publicly acknowledged such talks had occurred, no deal was ever reached. Not long after, the United States strong-armed the UK into taking a tougher line on Beijing and forced Boris Johnson to U-turn on his inclusion of Huawei into the country's 5G networks, which gave way to a new "consensus" in foreign policy making that Chinese firms ought to be kept out of British national infrastructure. 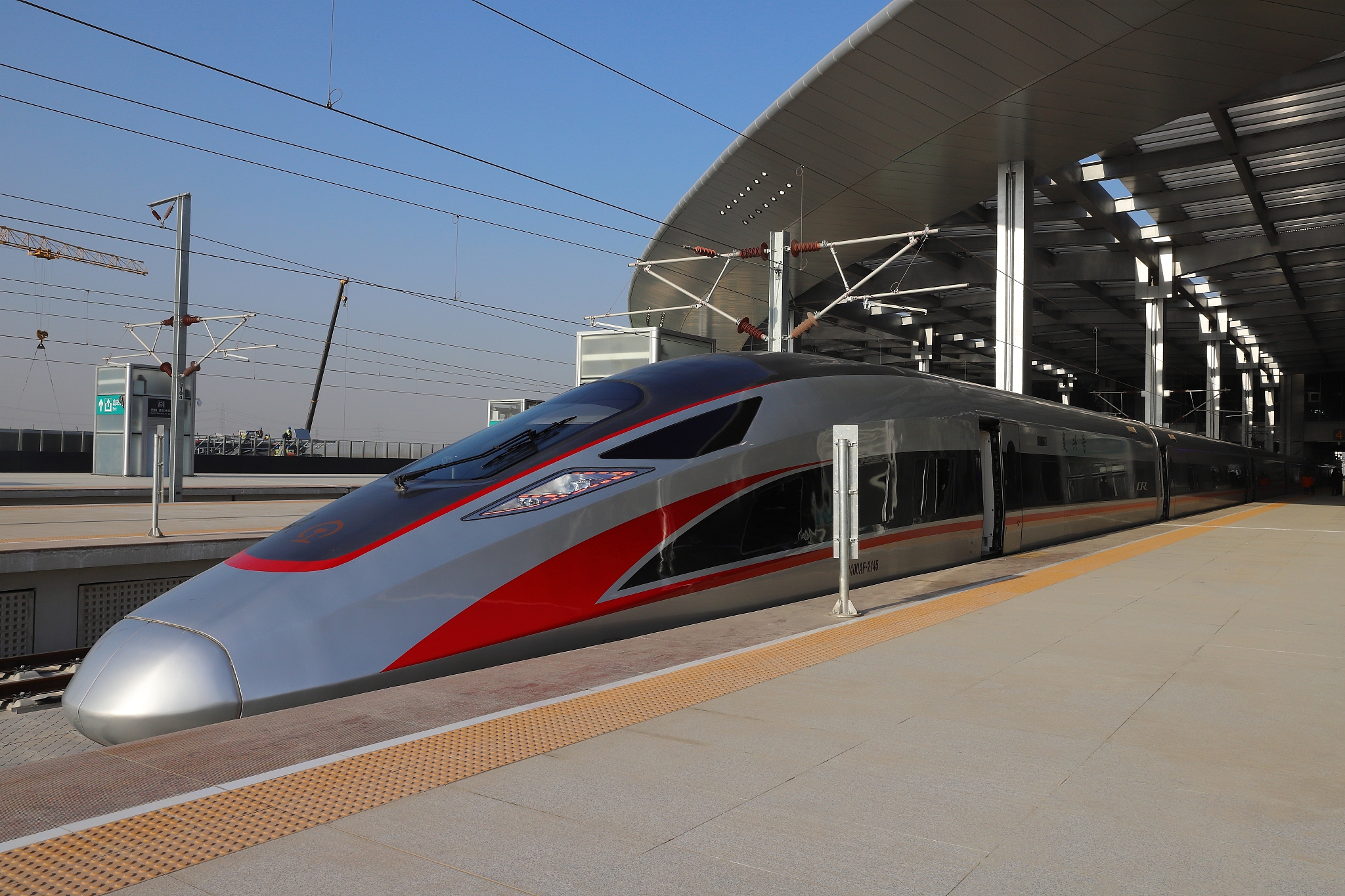 It is no surprise given this and the economic context, that the UK is now paying a disproportionate cost for very little return on the HS2 project. This is a reminder working with China on such projects ultimately remains in the national interest, and that excluding them in the basis of geopolitics is a self-defeating decision. China after all, is the world's leader in high-speed rail. Despite being one of the largest countries in the world and not having the established historical wealth of the United Kingdom, as of June 2021 China has accumulated over 38,000 km of high-speed railway lines and counting, of which the majority was constructed in the past decade.

In accumulating such a rapidly expanding network, the speed and pace of its construction has been known as "China Speed" which is as fast as is affordable. As one example to look out for, the China-Laos High Speed Railway, which will link the Laotian capital Vientiane with Yunnan Province, is to be completed in the final quarter of this year.

It spans 414 km, navigating extremely difficult terrain and cutting through mountains, in contrast to the 249 km of HS2 which simply links two relatively close cities. Despite this, its total cost is only $6.5 billion. Had the UK gone through with selecting China Railway Corp, it would have saved both time and money immensely, which would have thwarted the unpopularity of the HS2 project which is now becoming a political liability.

Despite this, the United Kingdom has also backed Joe Biden's B3W or "Build Back Better" project as an apparent "rival" to China's Belt and Road Initiative. However, the HS2 debacle acts as a firm example as to why this is not serious and why G7 cannot readily "compete" with projects overseas. The United Kingdom cannot even readily invest in its own infrastructure back home, yet is talking about doing so to beat Beijing, when it cannot match it for price, efficiency nor speed.

This leads us to conclude that Britain is far better off having China as a partner, as opposed to a geopolitical rival. When the United States is asking Britain to exclude China from its own infrastructure projects, it is acting in its own national interests and not those of the United Kingdom. America has never offered Britain any alternative or compensation for such projects either. HS2 is now branded a "white elephant" for its obscene costs and its small scope. Yet with China this could have been a different story.