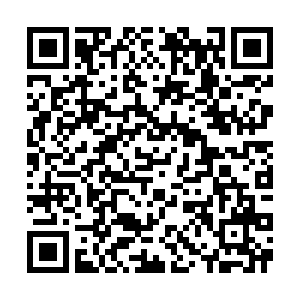 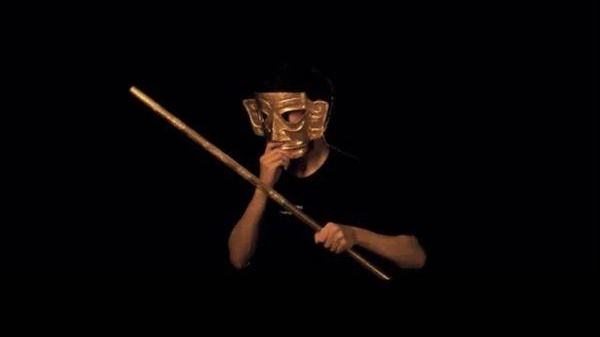 Vlogger Caiqian with his works: a replica of the gold mask and the golden rod of Sanxingdui. /Sina

Vlogger Caiqian with his works: a replica of the gold mask and the golden rod of Sanxingdui. /Sina

Chinese vlogger Caiqian who "recovered" the Sanxingdui gold mask recently went viral again with his new work – the "restoration" of the golden rod of Sanxingdui. The replica took 900 grams of gold and four months of labor to make.

His video showcasing the rod has been viewed more than 1.29 million times on Weibo, and the official Weibo account of the Sanxingdui Museum has also given him a thumbs up, recognizing him for his "restoration."

Caiqian became well-known on Chinese social media after he "restored" a gold mask that was excavated from the No.5 sacrificial pit at the Sanxingdui Ruins site in southwest China's Sichuan Province on March 20, 2021.

Compared with the gold mask, which took him only 15 days to complete, the rod took him four months because of its intricate design.

The original golden rod of Sanxingdui is 143 centimeters long, 2.3 cm in diameter and weighs 463 grams, and is made of gold-plated wood that boasts a gold leaf design wrapped around the length of its body. Used as a sacrificial tool in the ancient Shu state about 3,000 years ago, the rod was a symbol of the power of the ancient Shu kingdom.

The leaf design is an exquisite 46-centimeter-long decorative pattern of arrows, birds, fish and people and was the most challenging part of Caiqian's "restoration."

Gold being a precious metal, Caiqian only had one chance to get the design right. So, he practiced on thin copper plate for nearly a month before carving the design into the 900 grams of gold that plates the wooden rod.

"When I first saw this craft, my first feeling was not admiration for the ancient Shu people's craftsmanship but deep fear and despair, like a climber meeting an impassable peak," Caiqian said.

"As I saw more Sanxingdui artifacts, I came to understand that these lines aren't just decoration, they're religious, it has to be perfect.”

Though the process was arduous, the results were indeed very satisfactory. Online, many netizens praised his craftmanship. Some even called for the "restoration" of more cultural relics, such as the bronze God Tree and the terracotta warriors, in his next video.