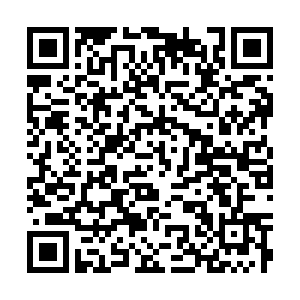 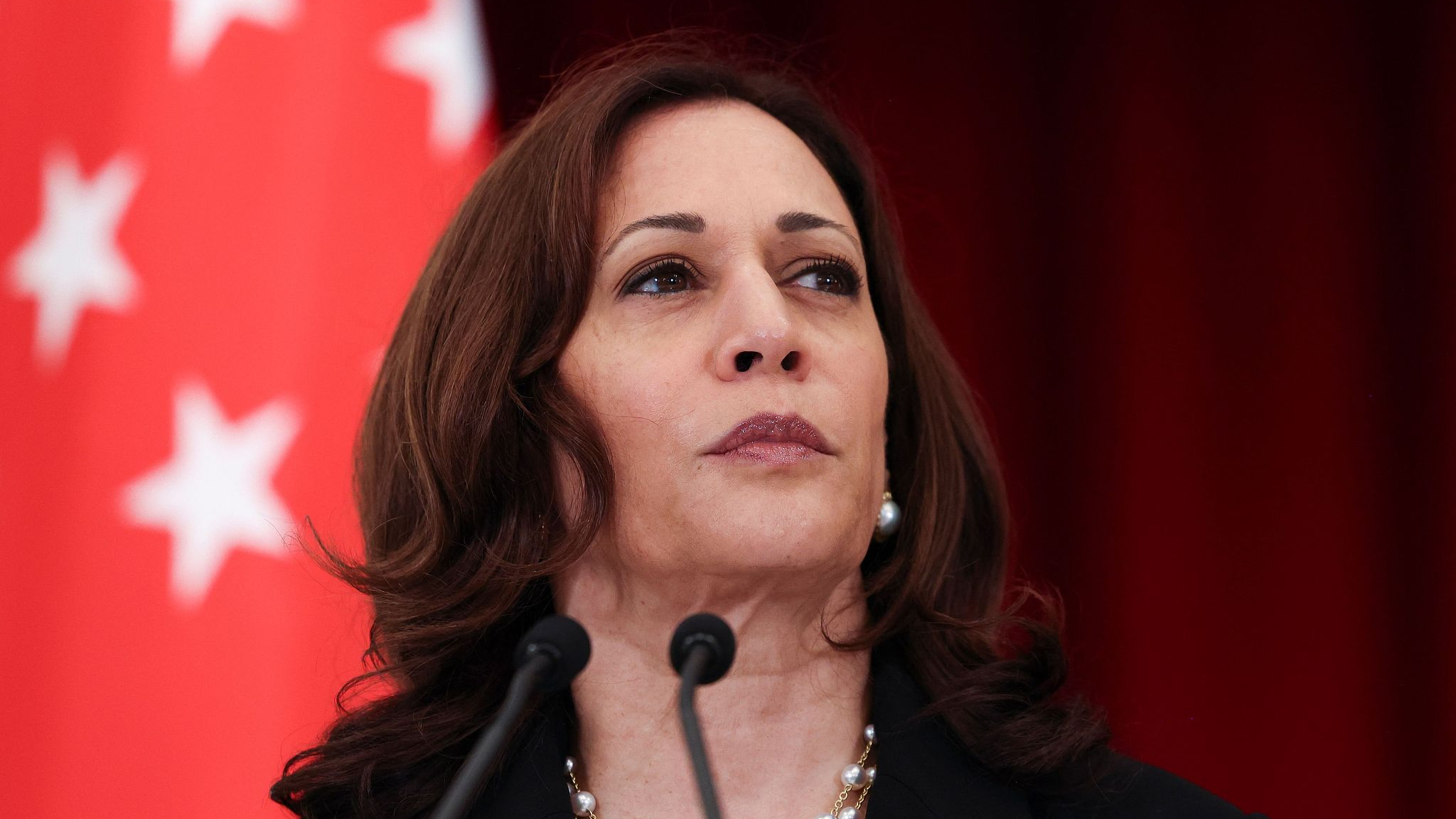 Editor's note: Ji Xianbai is an assistant professor at the School of International Studies at Renmin University of China. He is the author of the forthcoming book "Mega-regionalism and Great Power Geo-economic Competition." The article reflects the author's opinions and not necessarily the views of CGTN.

History may not repeat itself, but it rhymes, as the saying goes. Just as the disorderly withdrawal of the United States from the Afghan capital Kabul invoked the images of the messy airlifting of the evacuees from the embassy roof in Saigon in 1975, Kamala Harris is making history by becoming the first incumbent U.S. vice president to visit Vietnam.

Harris' trip to Vietnam comes after her visit to Singapore where she met with Singaporean leaders, including Prime Minister Lee Hsien Loong, visited Changi Naval Base where the American warship USS Tulsa is based and delivered a speech outlining U.S. foreign policy toward the region.

Harris's trip to Singapore and Southeast Asia more generally was followed with great interest by regional countries and foreign policy analysts. This is because this year marks the 55th anniversary of the establishment of the formal state-to-state relations between Singapore and the U.S. as well as for the reason that this is the latest in a string of high-level diplomatic engagements between the U.S. and Southeast Asia.

Less than a month ago, U.S. Secretary of Defense Lloyd Austin flew to Vietnam, the Philippines and Singapore, reaffirming respective bilateral security ties. U.S. Secretary of State Antony Blinken participated (albeit virtually) in a host of the Association of Southeast Asian Nations (ASEAN)-centered multilateral events. Now, the U.S. Vice President is in Southeast Asia.

While the frequency of U.S. senior officials' visits to Southeast Asia is straightforwardly obvious, it is not proportionally clear as to why there is a sudden surge in U.S. interest in Southeast Asia.

Some would quickly point to Afghanistan as the context. Given the Afghan debacle that has raised tough questions over the dependability of U.S. security guarantees and commitments, the Biden administration has to mollify the growing strategic anxiety shared by U.S. allies and partners in Southeast Asia. But no country in Southeast Asia relies on the U.S. military presence and assets for survival in the same way as the Ghani government did.

The real target of the U.S. enhanced diplomatic posture in Southeast Asia is perhaps China. Washington might be courting Southeast Asia (and disengaging from the Middle East and Central Asia), as it gears up for a heightened great power competition if not confrontation vis-a-vis China, and to a lesser extent, Russia.

By deepening relationships with countries like the Philippines, Vietnam and Singapore, the tactics of the Biden administration seem, as some analysts have alluded to, to build an "encirclement" against China in its neighborhood, thereby shaping a regional order in Northeast Asia and Southeast Asia to its advantage.

Such maneuvering, however, is unlikely to work. It is also questionable whether Southeast Asia is indeed assuming a prominent position within the broader foreign policy calculus of the U.S. despite the recent visits and meetings. 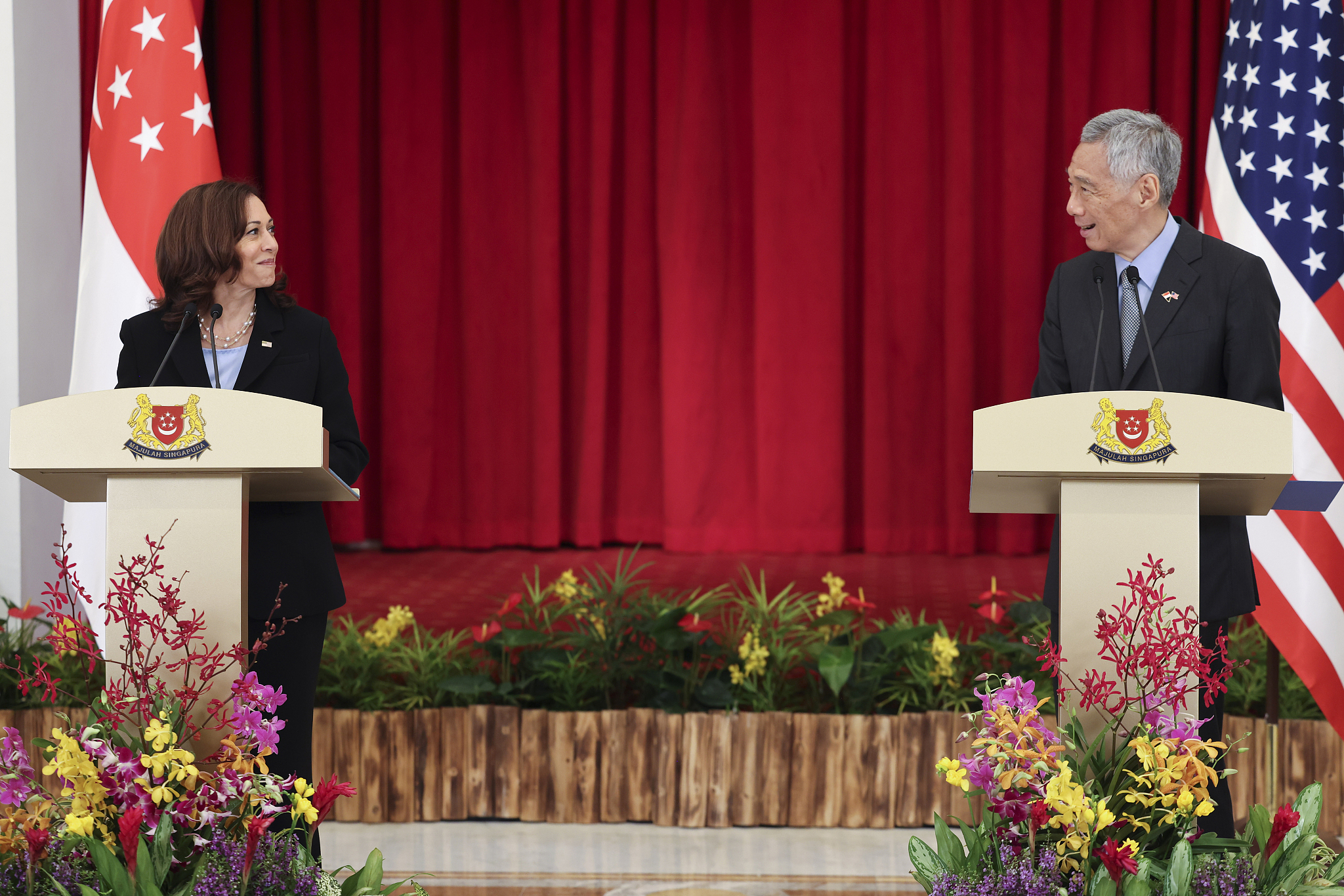 At the global level, the European Union (EU) and the United Kingdom are still America’s most important partners under U.S. President Joe Biden. Even in Asia, Southeast Asia may not be as crucial to Washington as some might have hoped, or as Harris proclaimed. The pattern of interactions between Biden and Asian leaders is revealing in this regard.

In March, Biden had an online summit with leaders of the Quad. The first in-person meeting of Biden with a foreign leader was between the U.S. president and Japanese Prime Minister Yoshihide Suga in April. A month later, the Biden-Moon summit was held in Washington with an eye of pushing forward U.S.-Japan-South Korea trilateral cooperation.

As such, one would argue that from the perspective of Washington, ASEAN ranks lower in terms of geopolitical importance than major countries from other groupings like NATO, the EU, G7 and the Quad. Therefore, it is difficult for Harris to convince regional countries to  form a so-called united front against China when the Biden administration itself is not genuinely taking Southeast Asia seriously.

During Harris' visits, she highlighted the thickness of the economic ties between Southeast Asia and the U.S. and reminded audiences more than once how critical the enduring U.S. security commitment is for regional prosperity and stability.

Yet, she failed to acknowledge explicitly the centrality of ASEAN in regional affairs. The mindset of the Biden administration is still one of treating Southeast Asia as an arena rather than an actor with intrinsic interests and localized sensitivities.

All in all, the sincerity of the U.S. improving ties with Southeast Asia might be evident, but a United States pre-occupied great power competition with China will seek to advance the interest of itself first and secondarily that of regional countries in Southeast Asia.

As the U.S. diplomats come and go, Southeast Asian countries should not be blind to such stark reality of U.S. foreign policy conditioned by Washington's anarchic view of world politics and the lingering "America First" rhetoric.