Download
Chart of the day: More and more children hospitalized with COVID-19 in U.S.
CGTN 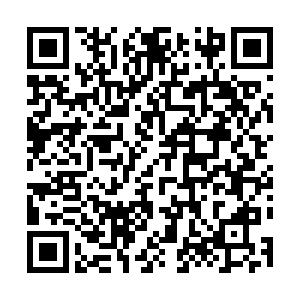 The number of children hospitalized with COVID-19 in the United States has skyrocketed to record-high numbers in the last few weeks as the Delta variant rapidly spreads among the unvaccinated portion of the U.S. population.

"We are now again filling up our hospital isolation unit beds with children who are sick and have to be hospitalized," said Dr Roberta DeBiasi, head of pediatric infectious diseases at Children's National Hospital in Washington, D.C., in a recent interview. 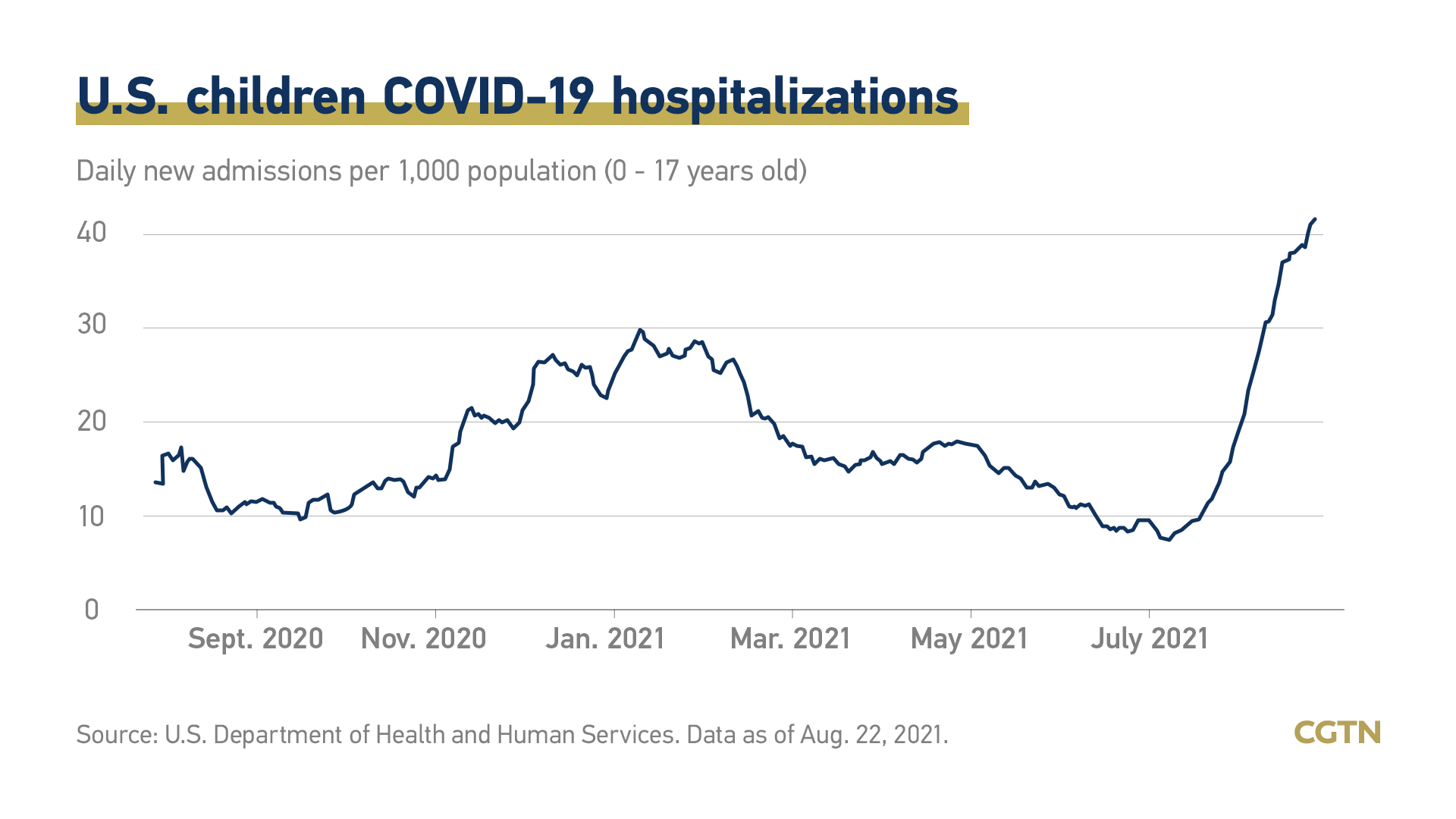 Children's hospitals are bracing for even more cases as schools reopen.

More than 180,000 new COVID-19 cases were reported among kids last week, reaching levels of the previous winter surge of 2020-2021, according to a report from the American Academy of Pediatrics (AAP) and the Children's Hospital Association.

"This is not last year's COVID. This one is worse, and our children are the ones that are going to be affected by it the most," Sally Goza, former president of the AAP, told CNN. 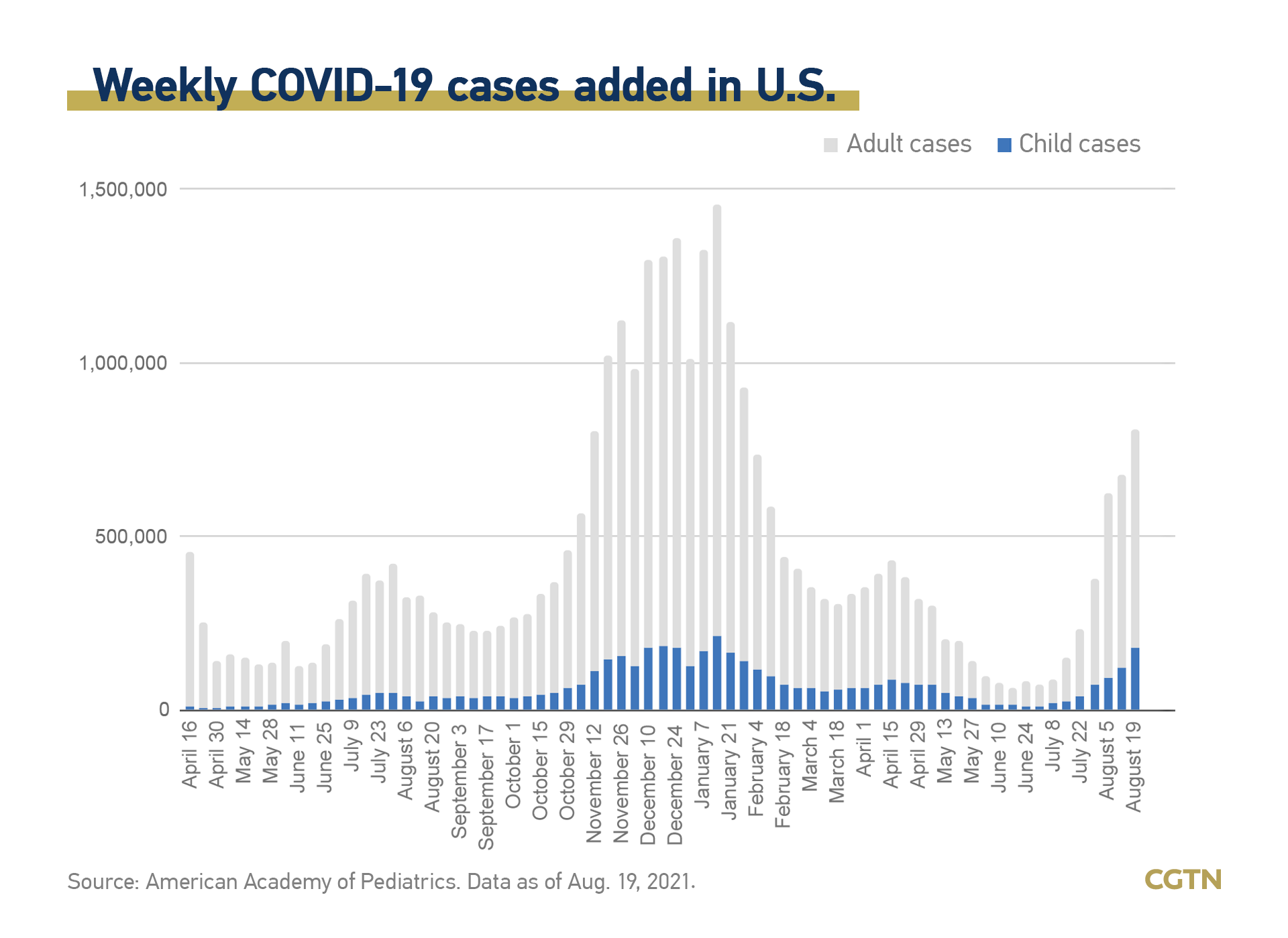 While the U.S. Food and Drug Administration has granted full approval to the Pfizer/BioNTech COVID-19 vaccine for people age 16 and older, kids under 12 are still not eligible to receive the vaccine, leaving them more vulnerable to infection.

"There's a reasonable chance" that Pfizer or Moderna could get FDA clearance for children under 12 before the upcoming holiday season, according to Dr Anthony Fauci, the nation's top infectious disease expert.

However, the current vaccination rates for those between 12 and 17, who are eligible for the shots, remain relatively low, according to data compiled by the AAP. 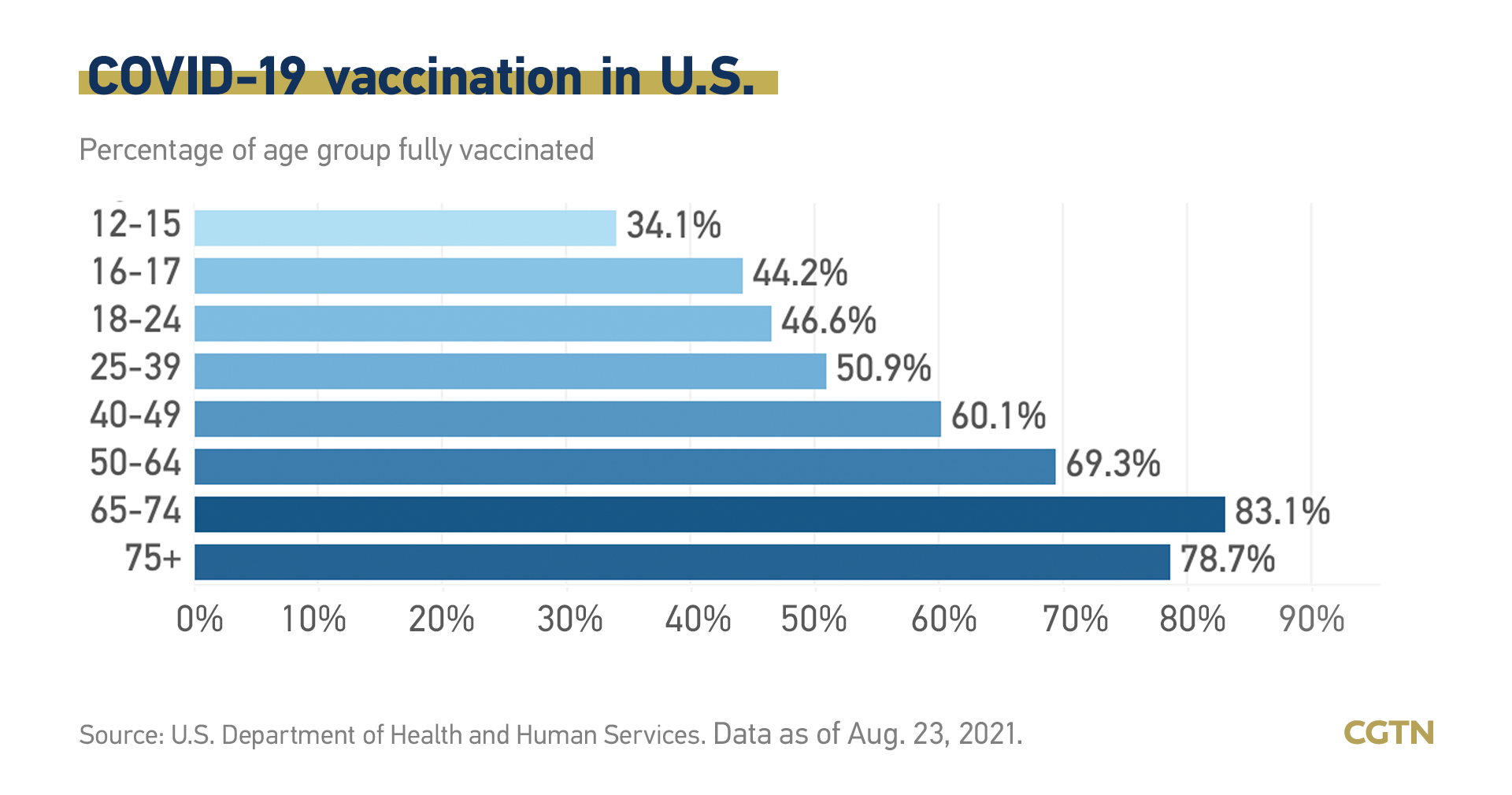 Meanwhile, the debate over masks in schools is still ongoing and even escalating, causing turmoil among parents and politicians.

Some Republican governors have banned mask mandates even as U.S. President Joe Biden threatens legal action against them, while several school districts in Florida have passed tough mask mandates despite Governor DeSantis standing firm on the ban of mask mandates in schools.

See how students feel about masks in the U.S. 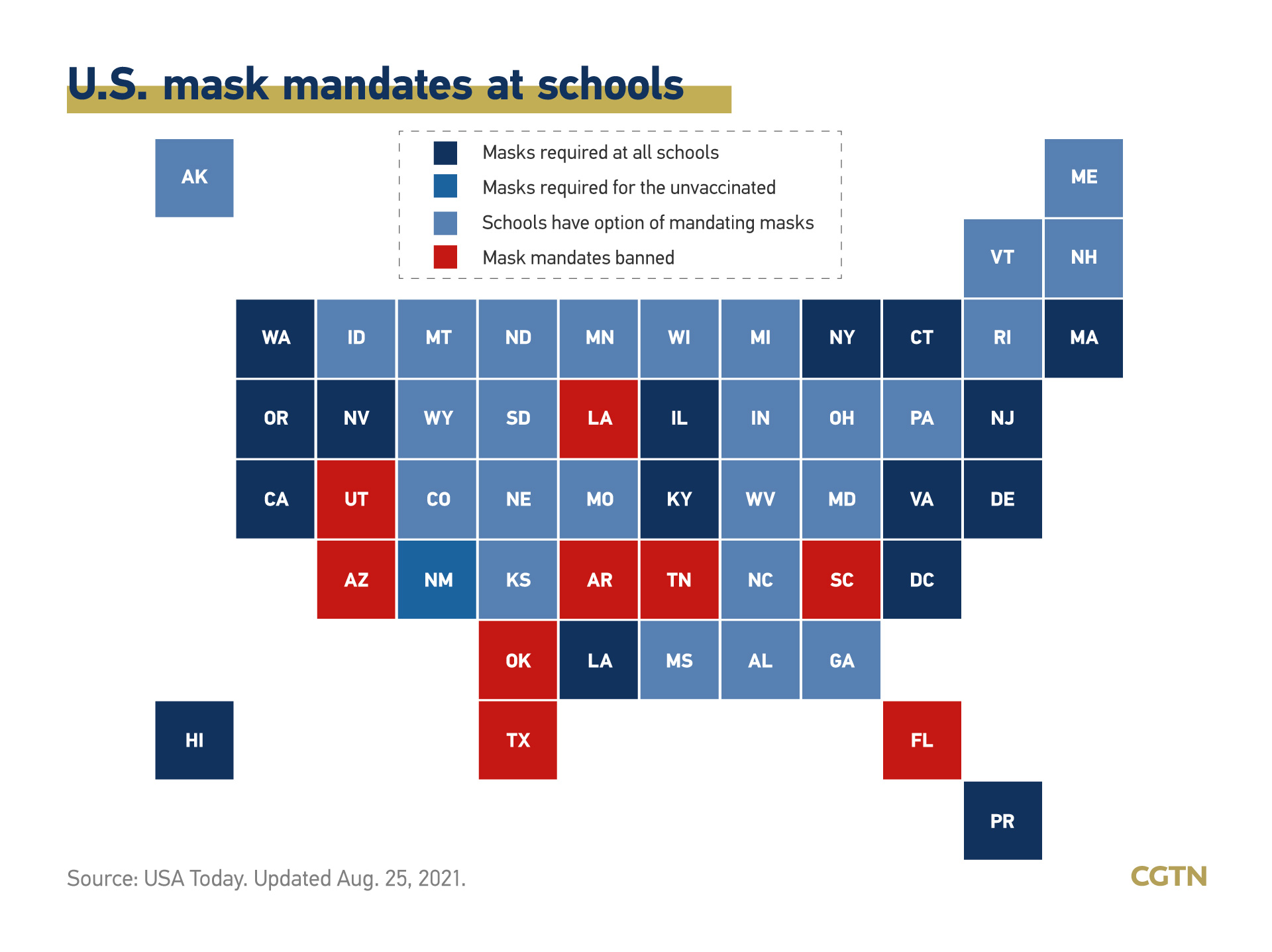 Fauci does not expect to bring the crisis under control in the United States until spring of next year – and it requires more people, including the vaccine skeptics, to get shots.