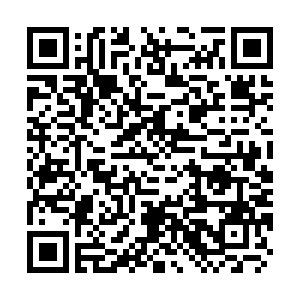 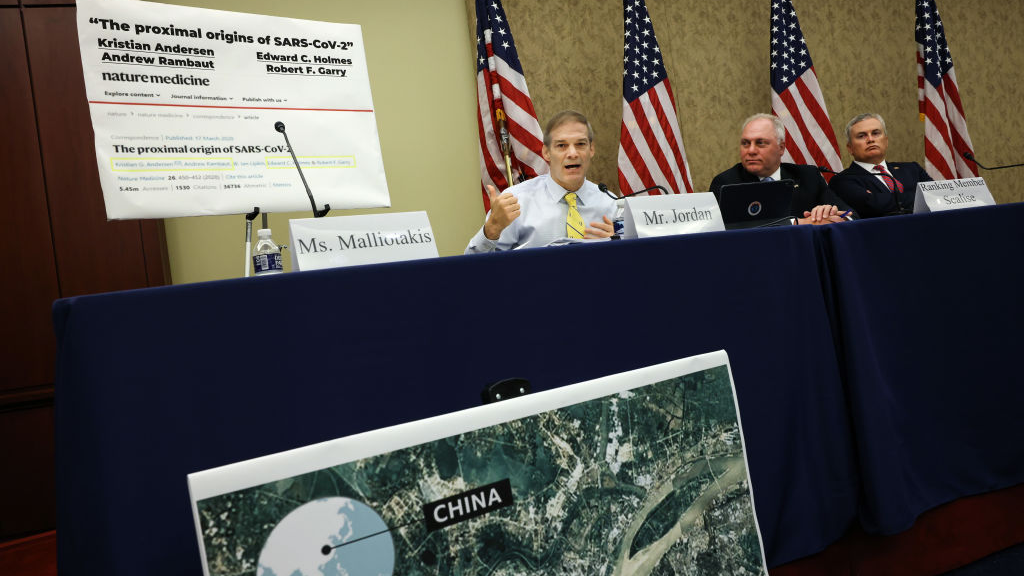 The proverbial saying "A leopard cannot change its spots" is probably applicable to U.S. government's anti-China hysteria. The cunningness with which U.S. President Joe Biden ordered the 90-day investigation into the origins of the coronavirus by U.S. intelligence officials in May was not at all science but clearly expressed his attempts to smear China as part of a larger strategic ambition to contain China on the world stage.

It is observed that from George W. Bush to Biden - all are trying to belittle China's achievements as part of the U.S. bipartisan foreign policy in order to preserve its own status as a superpower in the world after the collapse of the Soviet Union. But the bitter truth for the U.S. is that despite America's collective efforts to contain China's peaceful rise, "the Chinese nation has stood up, grown rich, and become strong" to quote from President Xi Jinping. Undoubtedly, today's China has earned its right on global affairs - be it political or economic or military or environmental or health issues.

Like his predecessor President Donald Trump's slogan "Make America Great Again", Biden's "Build Back Better" slogan is nothing but a reckless attempt to cover up America's domestic woes by making China a scapegoat. While Trump, who had suggested injecting bleach might help fight COVID-19, openly shouted "the China virus," "the Wuhan virus" and "Kung Flu", Biden's revival of the Wuhan lab leak theory is "a political game, an attempt to shift the blame on others". As the Guardian pointed out on August 22 with unflattering headline, "The Wuhan lab leak theory is more about politics than science."

Both Trump and Biden have miserably failed to show their leadership roles in handling the COVID-19 pandemic that had resulted in a public health, economic and political disaster in the country. The ordinary American public has been enduring pain and loss due to their presidents' catastrophic policy blunder as they put their own political interests above people's life and health. The international community once again saw how the U.S. presidential leadership has made attempts to escape blame for the worst public health crisis by shifting its own responsibilities on the state governments as well as making China and Chinese people the scapegoat for the spread of COVID-19 by amplifying the "Wuhan lab-leak lie".

But this old trick of blame-shifting cannot deceive the international community at all as they are now opposing the politicizing coronavirus origins tracing and raising their doubts about U.S. biological laboratories all over the world. Right after the outbreak of COVID-19 in central China's Wuhan in December 2019, the U.S. administration's silver-toned politicians and mainstream newspapers were creating endless anti-China stories to "convict" China by politicizing the virus origins probe.

The world has seen how the Trump administration outrageously terminated his country's relationship with the world health body in July last year alleging that the WHO has become China's coronavirus accomplice.

The Biden administration has been politicizing the origins tracing by putting enormous pressure on the WHO to carry out the second phase of the virus origin probe in laboratories across China. Moreover, U.S. Republican lawmaker Michael McCaul, in his report on the origins of coronavirus on August 2, falsely claimed that the coronavirus leaked from Wuhan Institute of Virology before September 2019. It is now clear that both parties in the U.S. are finger-pointing at China in order to divert American people's attention from their government's poor performance in addressing the health crisis.

Since the onset of the epidemic, China successfully contained the COVID-19 outbreak by putting in place multi-level control and prevention mechanisms while assisting over 150 countries and international organizations with medical supplies with an aim of building a global community of health for all. It is a matter of pride that China's COVID-19 coping strategy is now being followed around the globe, especially by the developing countries, many of which are still fighting against the new variants of coronavirus.

China has twice invited WHO experts to carry out joint research on origin-tracing of the virus. The joint WHO-China study report on coronavirus origins-tracing, released in March, has reached a clear conclusion that the lab leak hypothesis was "extremely impossible."

It should be noted here that a group of 24 scientists from around the world published a report titled "Science, not speculation, is essential to determine how SARS-CoV-2 reached humans" in The Lancet journal on July 5, stating that there is no scientifically validated evidence to support the theory that the coronavirus was leaked from a lab in Wuhan. 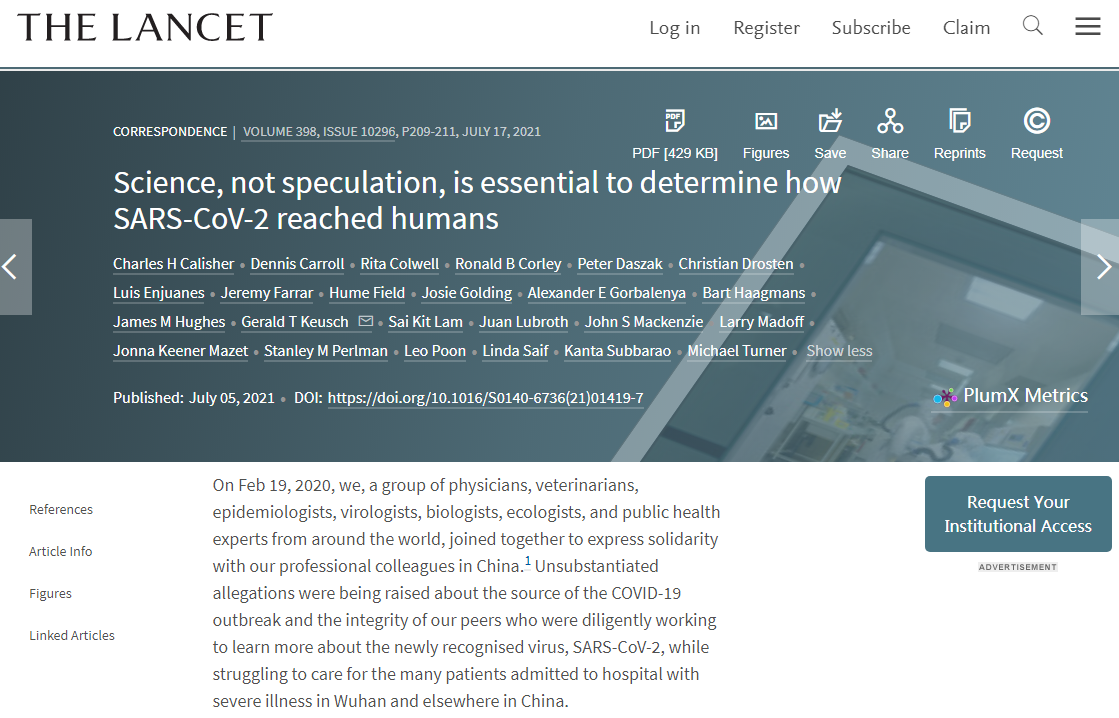 A group of 24 scientists from around the world published a report titled "Science, not speculation, is essential to determine how SARS-CoV-2 reached humans", in The Lancet journal, July 5, 2021. /Screenshot via theLancet.com

A group of 24 scientists from around the world published a report titled "Science, not speculation, is essential to determine how SARS-CoV-2 reached humans", in The Lancet journal, July 5, 2021. /Screenshot via theLancet.com

Why does the U.S. neglect the joint WHO-China study report on coronavirus origins-tracing? Who is politicizing the source of the virus?

The joint WHO-China study report clearly suggested that the future origin-tracing work should be carried out in multiple countries and regions. Former director of the U.S. Centers for Disease Control and Prevention (CDC) Robert Redfield had publicly acknowledged in an interview with CNN last year that many Americans earlier thought to have died from flu tested positive for COVID-19 in their serum samples.

Furthermore, a study published on June 15 by the U.S. National Institutes of Health suggested that the novel coronavirus popped up in the U.S. as early as December 2019 with transmission in many states. As such the second phase of the coronavirus origins tracing probe should be conducted in U.S. biological laboratories including the Fort Detrick biological laboratory in Maryland. Since America boasts of its transparent government, it must tell the world the reasons behind the closure of Fort Detrick.

Since the U.S. intelligence report submitted to the White House on August 24 did not provide any "definitive conclusion" on coronavirus origins, it can be said that the so-called "lab leak" theory echoed by the U.S. is a pure fabrication only to slander and attack China. The international community should say no to political manipulation of origin-tracing campaigned by the U.S. and its allies.