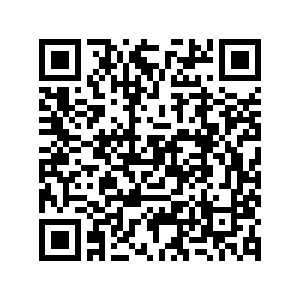 When President Xi Jinping inspects a province or region there is often a prime motivating reason why that particular province or region at that particular time. So, why did President Xi select Hebei Province now, during this early time of transition, at this inflexion point, between China fulfilling its first centenary goal of becoming a "moderately prosperous society," and commencing its second centenary goal of becoming a "fully modernized socialist nation" at the 100th anniversary of the People's Republic of China in 2049?

Thus the deep message that President Xi is sending now reflects his priorities for reaching this overarching goal. Let's start with Hebei Province itself, which provides multiple reasons for its selection. With about 75 million people and a GDP of over 550 billion US dollars, it ranks sixth and twelfth, respectively, among Chinese provinces, thus a good microcosm of China as a whole country.

Hebei is an integral part of the Beijing-Tianjin-Hebei coordinated development region, with Hebei's Xiong'an New Area, as a developmental hub for the region and a model for 21th century urban areas nationally and even globally. It has not escaped our attention that Hebei was where Xi Jinping, as a young man, took up his first governmental leadership roles, starting in 1982 as deputy party secretary of agrarian Zhengding County and promoted in 1983 to secretary, becoming the top official of the county. President Xi, in essence, may be reflecting backward to energize envisioning forward. Inspecting Hebei, President Xi began by visiting Saihanba Forest Farm, exemplifying his focus on environmental conservation and his vision of ecological civilization.

Covering an area of about 930 square kilometers, Saihanba had become a vast wasteland in the 1950s, stirring up sandstorms that threatened Beijing, the sorry and inevitable result of rampant deforestation and environmental ignorance. But it was the pluck and persistence of three generations of tree-planting forest-rangers who reversed desertification and converted the once barren landscape into the world's largest man-made forest. Forests now cover over 80% of the region compared with only about 11% at the outset. Saihanba is called "the Green Lung of North China," reducing air pollution and sandstorms in Beijing.

In 2017, Saihanba was awarded the UN's highest environmental honor, "Champions of the Earth," in the category of "Inspiration and Action". Xi called for the whole country to carry forward the Saihanba spirit by promoting the green economy and high-quality development. Xi said, "Build our country well, develop our green economy well, and develop our ecological civilization well." China's afforestation plan is part of the country's efforts to fulfill its commitment to peak carbon dioxide emissions by 2030 and to achieve carbon neutrality by 2060 - because forests and grasslands are important carbon sinks that absorb and store carbon dioxide from the atmosphere.

In Chengde city, President Xi covered several other themes. He visited the Chengde Mountain Resort, the Puning Temple, the Chengde Museum, and a village and a community-based service center for elderly home care. He stressed the preservation and development of cultural heritage, as well as religious affairs, ethnic unity, rural vitalization, and elderly care services.While other topics may make headlines, long term, what President Xi conveyed by inspecting Hebei, his deep message, is that in China's drive toward full modernization, green development is among its highest priorities.