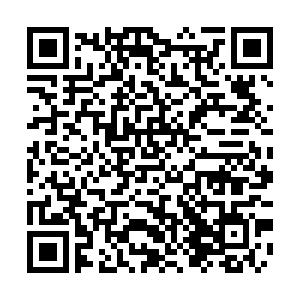 An August report by the U.S. House Foreign Affairs Committee on COVID-19 origins has now been proved to be full of mistakes. However, the report's errors have already been incorrectly used as evidence for a so-called lab leak accident in China's Wuhan Institute of Virology (WIV) in 2019.

The 84-page report, titled "The Origins of COVID-19: An Investigation of the Wuhan Institute of Virology," claimed that the WIV proposed a budget of over $606 million for a central air conditioning renovation project on September 16, 2019.

"Such a significant renovation so soon after the facility began operation appears unusual," said the report, which was later widely cited by major Western media outlets such as the Washington Post and the Wall Street Journal to echo the lab leak theory.

However, by tracing the source it referred to for the surprisingly high budget, one can find the number should be 3.9268764 million yuan (about $605,000) for air conditioning in the original procurement document in Chinese.

That means the alleged $606-million budged was 1,000 times exaggerated. 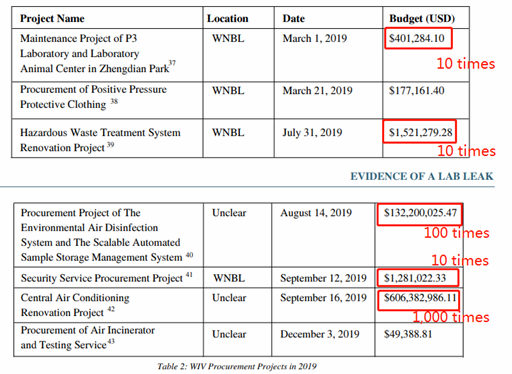 Screenshot via the report titled "The Origins of COVID-19: An Investigation of the Wuhan Institute of Virology."

Screenshot via the report titled "The Origins of COVID-19: An Investigation of the Wuhan Institute of Virology."

Four other key mistakes were found.

Such simple calculation errors were called a "preponderance of evidence" in the report that suggests the virus was leaked from the WIV.

The errors were disclosed by a reporter from the Xinhua News Agency, who sent emails to relevant authors and editors as well as the lead Republican of the report.

The Washington Post and the Wall Street Journal have made corrections.

Screenshot via the Wall Street Journal.

Screenshot via the Wall Street Journal.

"Such mistakes in the U.S. report show how credible the upcoming 90-day virus origins intelligence report ordered by the Biden administration could be," the Global Times commented on Wednesday citing observers.