Download
Kabul airport, where people can neither get in nor get out
By Li Chao 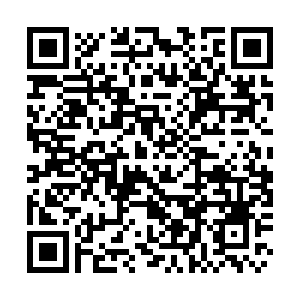 CMG's reporter was on the scene near Kabul airport. /CMG

CMG's reporter was on the scene near Kabul airport. /CMG

On the evening of August 26, a loud noise jolted me and my cameraman away from the work of organizing the video clips and translating the subtitles. The glass in the office shook almost simultaneously.

Years of experience told us something must have blown up. The cameraman and I looked at each other, hurried to tidy up the equipment that had not yet been charged, and messages from the main station's work group kept ringing.

I looked at the clock on the wall before leaving. It was 6:22 p.m. local time in Kabul.

Friends in the media at the scene told us that the explosion occurred near the airport. Sources were continuing to update me on casualties, ranging from several to more than a dozen, and I kept urging security guard and driver Ajmal to drive a little faster.

Most of the people on the street looked in the direction of the airport, the sound of the explosion came again, and it seemed to be more violent than the last time. 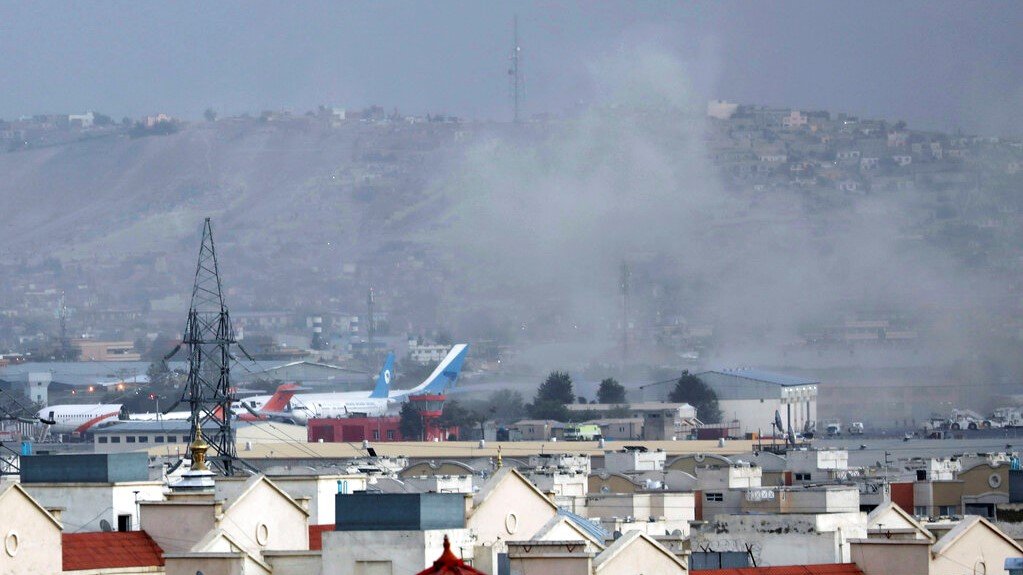 Smoke from an explosion at Kabul airport. /CMG

Smoke from an explosion at Kabul airport. /CMG

I told the driver to stop at the nearest hospital to the airport since it was almost impossible to go on. There were many people gathered at the entrance, and many more came from the direction of the airport, most of them covered in blood.

Blood was still seeping through the folded kerchiefs of an elder, two young men were taking care of each other as their legs were injured, and a middle-aged man was pushing a wheelbarrow toward the hospital.

Inside the wheelbarrow, which was used for transporting cement and gravel at a road construction site next to the hospital, a middle-aged man was crouching on his side, moaning in pain 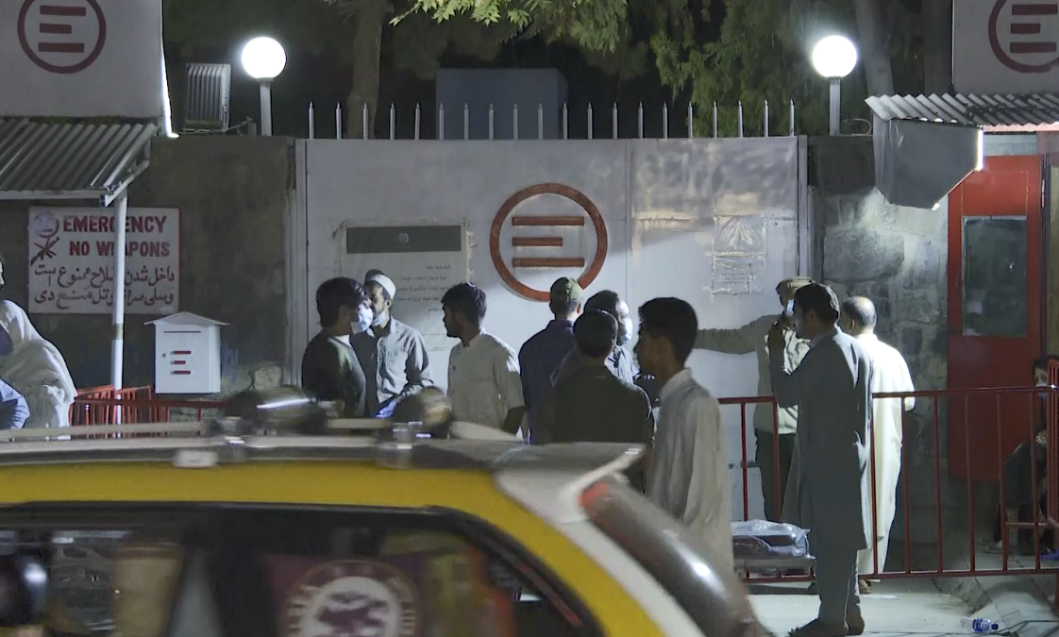 The door of the hospital was only opened when the wounded arrive. /CMG

The door of the hospital was only opened when the wounded arrive. /CMG

Medical staff were too busy to take care of the injured. Within minutes, dozen of cars, ambulances and private vehicles, stopped and left in the open space outside the hospital. The door to the hospital was still closed to keep out terrorists.

A few armed guards were keeping the order. They didn't look like the Taliban, and there was panic and fear in their eyes as well. 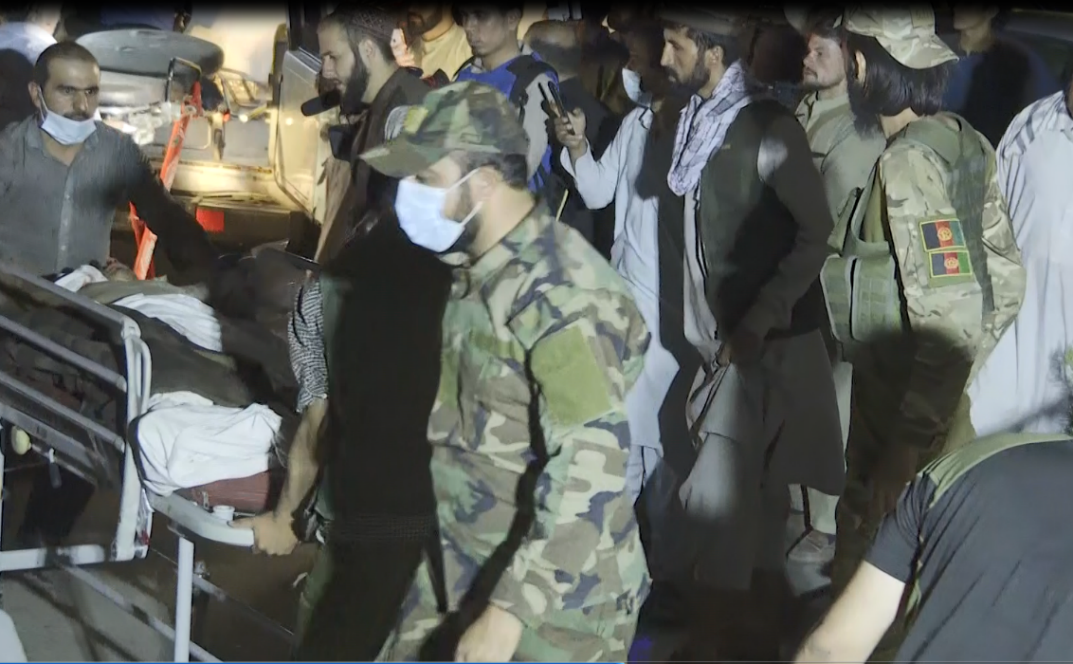 The guard at the entrance of the hospital was helping to carry the injured. /CMG

The guard at the entrance of the hospital was helping to carry the injured. /CMG

Outside the hospital, people were picking up bullhorns and shouting some names.

While we were interviewing a witness at the scene, a few friends came across the street.

After the second blast, they told me, the U.S. military had tightened security at the airport, the Taliban had increased security on the perimeter, and they were driving away all the media figures. 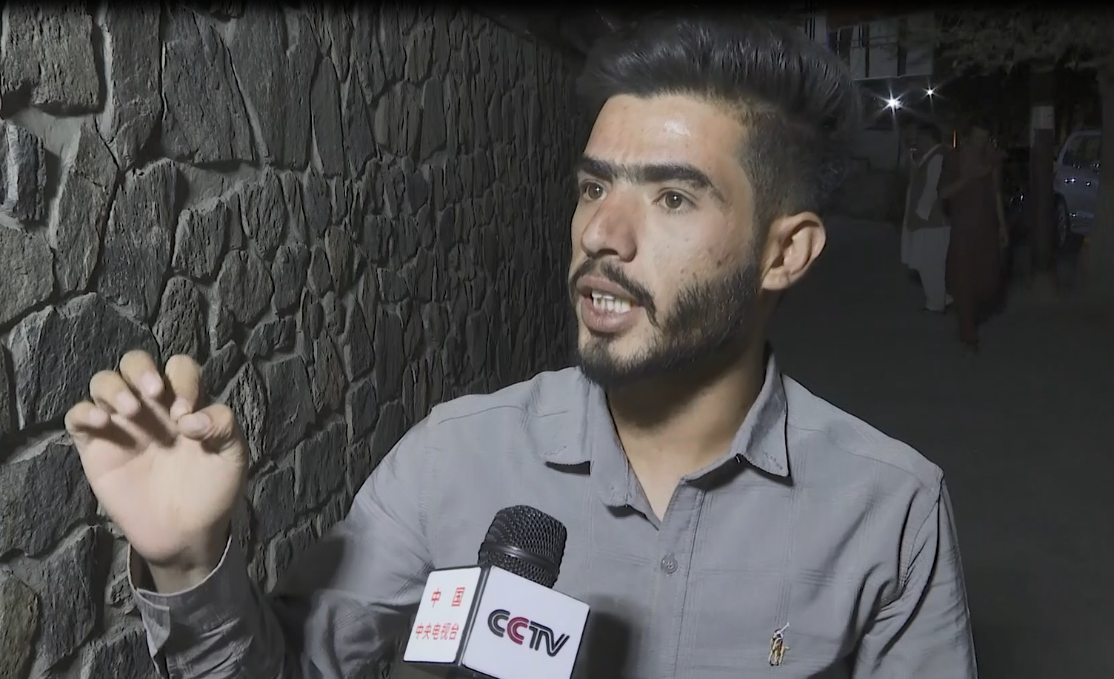 CMG reporter interviewed the witnesses of the explosion. /CMG

CMG reporter interviewed the witnesses of the explosion. /CMG

I got a video from a friend of mine of a ditch outside the wall of Kabul International Airport, which I visited twice in a row after the Taliban entered the city. For the past 10 days or so, Afghans have been sitting in knee-deep dirty water, praying for the help of the U.S. troops inside the fence to get them out of Afghanistan, and now they're lying in a bloody river, and never able to leave.

Late at night, we returned to the office since we couldn't get any closer. A succession of loud bangs were heard in the distance as we arrived. A spokesman for the Taliban said on social media that it was the Americans who were destroying their weapons and equipment.

They seem determined to leave, but can they really just walk away?