Download
The current state of the Afghan economy
Djoomart Otorbaev 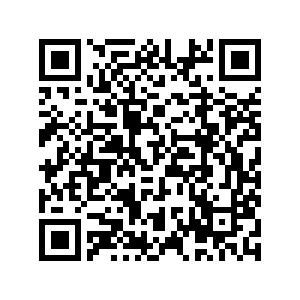 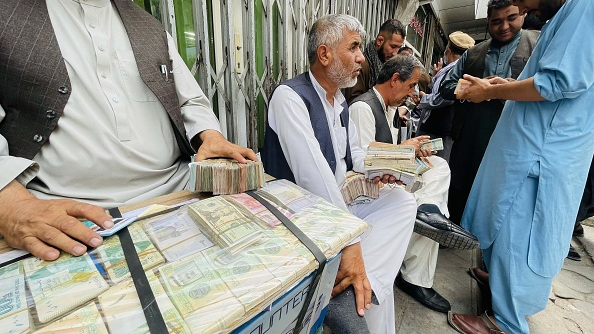 Afghan currency exchange dealers are seen as dealers have been hit hard following the fall in value of the Afghani currency, leading to a rise in food prices in Kabul, Afghanistan, July 16, 2021. /Getty

Afghan currency exchange dealers are seen as dealers have been hit hard following the fall in value of the Afghani currency, leading to a rise in food prices in Kabul, Afghanistan, July 16, 2021. /Getty

The Taliban's most urgent goals are to maintain public order and create an inclusive government that can take responsibility for Afghanistan devastated by 20 years of war. Among their other critical goals is the development of the country's economy.

Given the uncertainty and absence of government, the international community has taken a wait-and-see attitude. What is the current status of the economy of Afghanistan? What is the likelihood that the country will fall apart? What will become of the Afghan people?

The Taliban got an economy of less than $20 billion. According to the World Bank (WB), the annual growth of the Afghan economy from 2003 to 2012 averaged 9.4 percent under the influence of international aid and active development of the service sector. Then, from 2015 to 2020, the average annual growth slowed down to 2.5 percent. In 2020, Afghanistan's GDP fell by five percent mainly due to the COVID-19 pandemic, as the Asian Development Bank (ADB) estimated in April. Currently, the country's GDP per capita is only $520, lower than that in Sudan or Niger. The private sector is tiny, and agriculture roughly employs 75 percent of the population.

A significant problem for the country is its enormous costs of maintaining security, which accounts for 28 percent of its GDP, compared with an average of only three percent in other low-income countries, as the WB estimated.

Besides, Afghanistan's reliance on external aid is disproportionately large. Although the proportion of the international assistance in its GDP dropped from about 100 percent in 2009 to 42.9 percent in 2020, it still remains dangerously high.

A few days ago, the Biden administration announced that the U.S. is preventing the Taliban from gaining access to Afghanistan's 22-ton gold reserve held at the Federal Reserve Bank of New York, valued approximately at $1.25 billion, based on prices of the London Bullion Market Association. .

This decision, sources said, was made by U.S. Treasury Secretary Janet Yellen while the State Department and the White House were also actively involved in carrying out the decision.

What's more, the Afghan central bank, Da Afghanistan Bank (DAB), is believed to store foreign exchange, gold, and other treasures in its vaults. But the primary keepers of most of the country's assets are still foreign banks. The most recent financial report shows DAB's total assets to be about $10 billion, including $1.3 billion in gold reserves and $362 million in foreign currency cash reserves.

According to various estimates cited by the Council on Foreign Relations in Washington, the Taliban annually earns from $300 million to $1.6 billion from informal economic activities, such as the cultivation of opium poppy, drug trafficking, extortions from commercial activities in controlled territories, and illegal transfers from abroad. For example, about 90 percent of the world's heroin comes from the Helmand River Valley, the Taliban's stronghold in southern Afghanistan. According to the UN, the Taliban have earned about $460 million from unofficial mining. 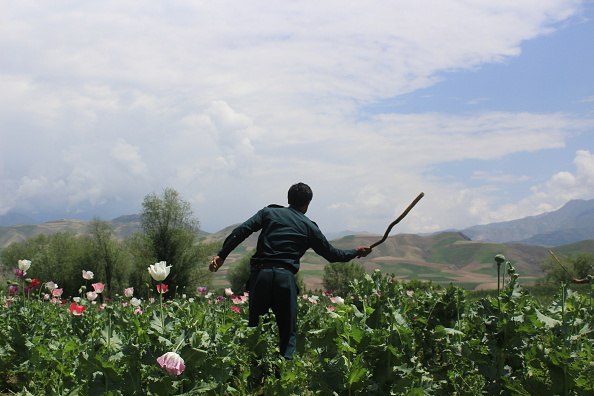 Official statistics show that the country's total exports in 2019 amounted to $870 million, including commodities - $719 million. At the same time, imports to Afghanistan were an order of magnitude lower - about $8.6 billion, of which almost $2.5 billion fell on consumer goods. The most significant imports are peat, petroleum products, and vegetable oils. The country's main trading partners were Iran, China, and Pakistan.

In the future, economic development, investment attraction, and job creation will be the government's priorities, given that the social-economic and financial situation in the country is critical. According to the ADB, more than 47 percent of the country's citizens lived below the poverty line in 2020. For every 1,000 babies born in Afghanistan in 2019, 60 die before their fifth birthday. The WB data show that the unemployment rate was growing over the past ten years and in 2020 amounted to 11.2 percent.

The head of the European Parliament's Development Committee, Tomas Tobe, said on August 19, "As a result of the drought, the COVID-19 pandemic and the fighting in Afghanistan, almost half of the population of this country - 18 million people - need urgent humanitarian assistance, almost 4 million have become internally displaced persons."

A food crisis is brewing in Afghanistan, where 14 million people could face hunger, said the UN World Food Program Executive Director, David Beasley, who called on the world community to "act fast." Beasley also said that in order to prevent a humanitarian catastrophe, it is necessary to provide at least $200 million in urgent assistance to help the country by next month.

Against this background, the UN coordinator for humanitarian affairs in Afghanistan, Ramiz Alakbarov, on August 19, told the news agency RIA Novosti that the Taliban had called on the UN to keep providing humanitarian aid to fellow citizens.

The social-economic situation in Afghanistan is a catastrophe. There is a high likelihood of a humanitarian disaster due to food shortages, as well as the wide spread of infectious diseases, causing dangerous epidemics. Despite the absence of a legitimate government in the country, the international community urgently needs to assist the Afghan people, which should start with the convening of the UN Security Council to discuss the situation in Afghanistan.