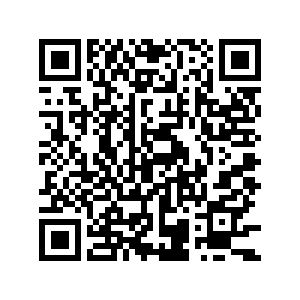 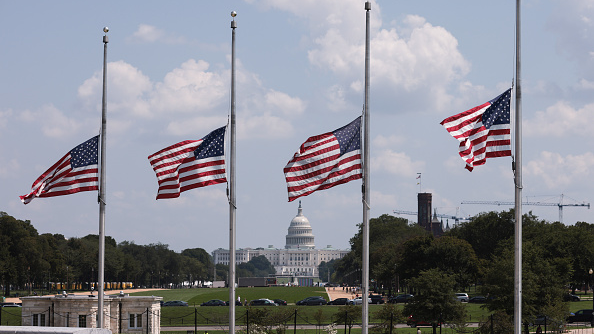 Flags encircling the Washington Monument fly at half staff a day after the death of U.S. service members in an attack in Kabul, Afghanistan, August 27, 2021. /Getty

Flags encircling the Washington Monument fly at half staff a day after the death of U.S. service members in an attack in Kabul, Afghanistan, August 27, 2021. /Getty

Anyone who believes that the United States will learn something from the debacle that continues to unfold in Afghanistan needs to open their eyes to reality.

The horrible – but expected – terror attacks in Kabul on Thursday have changed the political conversation in the U.S. Before the attacks that killed at least 13 U.S. service members and dozens of Afghan civilians, the question was whether the White House had the right plan in place to evacuate thousands of Americans and Afghans who had assisted U.S. military, journalists and others over the past 20 years.

Now, the conversation focuses on retribution. President Joe Biden used familiar rhetoric when addressing the nation in the hours after the attacks, saying that he would wait for the right time and the right situation to exact revenge on the ISIS-K members responsible for what happened.

Republicans want their own form of retribution. They appear eager to turn the terror attacks into a narrative that the president is a weak leader who must be removed from office.

The bitter truth that America's political elites will not accept is that the Afghan people view the American military as an occupying force. The people did not want U.S. troops on their home soil, and they also wanted nothing to do with democracy. Granted, they will not celebrate death by terror, but they also will not shed tears when American soldiers and civilians return home.

Daron Acemoglu and James Robinson, economics professors in the Massachusetts Institute of Technology and the University of Chicago respectively, make a persuasive argument in their book The Narrow Corridor that trying to inject democracy into a nation with no history of it nor the institutions to support it is a dangerous endeavor. They add that Western nations advocate that democracy is simply the best political system and therefore must be embraced around the world. In doing so, these nations ignore the fact that domestic compromise and cooperation is of more significance than external actors in building a country.

Do you think America's political elites want to hear that? Of course not. They cling to the stubborn belief that people around the world are begging to live in a democratic society. And they also remain ready to send U.S. military forces anywhere in the world to fight the "good fight" for democracy.

This is a ridiculous story with no end: The world wants democracy, so the U.S. sends troops and drops bombs on any land that disagrees. Soon enough, the people in that country will come to their senses and allow democracy to flourish! 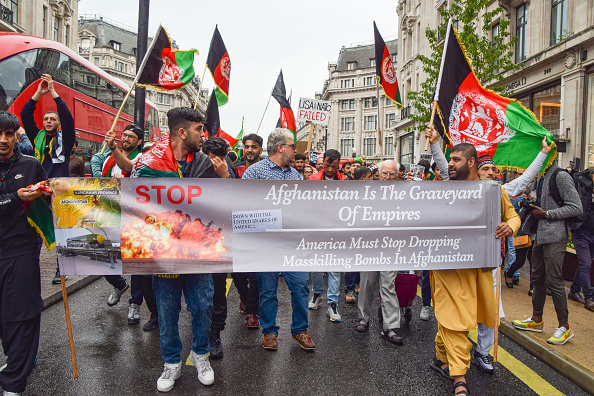 Protesters hold a banner calling on the U.S. to stop dropping bombs on Afghanistan during a demonstration in Regent Street in London, August 21, 2021. /Getty

Protesters hold a banner calling on the U.S. to stop dropping bombs on Afghanistan during a demonstration in Regent Street in London, August 21, 2021. /Getty

The corollary to this is that once democracy is accepted, so, too, will capitalism.

When reflecting on this, I keep coming back to Stefan Halper's 2010 book The Beijing Consensus. Halper argued that people in the developing world were increasingly content with a tradeoff that most Americans would find impossible to accept: Improving economic conditions while surrendering many individual liberties.

Halper described it as a new "capitalist bargain," in which people would accept opportunities to put more money in their pockets and "let the state rule as an authoritarian regime." Moreover, Halper believed China was positioned to become one of the world's most powerful countries in the 21st century because it was sharing its economic successes with governments and peoples around the world where there was no history of democracy.

The images of the dead and injured in Kabul are unforgettable. They have replaced earlier heartbreaking images of Afghan citizens literally clinging to or chasing U.S. planes as they roared down runways. The tragedy of "the best country in the world" being unable to coordinate what was basically a humanitarian mission ought not to be quickly forgotten.

Learning from all of this, the U.S. political elites should stop engaging in unnecessary international ventures that end up with too many deaths and billions of dollars spent on a military mistake.

However, that will not happen because too many American elites earn money by building planes and bombs, and using that hardware all over the world. America needs war, which is no different from addicts who need their drugs.

The next time someone tells you that America must learn from what has happened in Afghanistan, remind them that until and unless the U.S. changes its war mentality, nothing will change.

Lust is a vile sin.