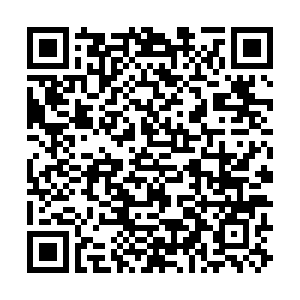 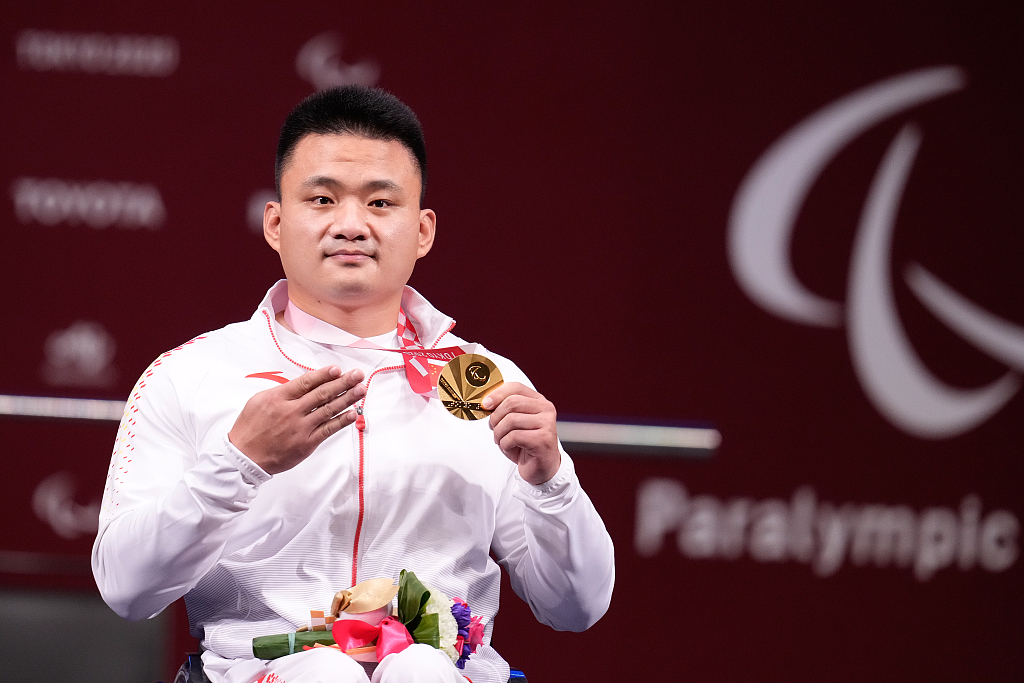 Chinese Paralympic powerlifter Liu Lei was coughing on the phone talking to Xinhua News Agency on Saturday. "I have not been 100 percent healthy in the past few years. I was gonna retire after Rio, but I carried on until today with the support of my family. I think I can set a good example for my son with my own actions," Liu told Xinhua.

Less than 24 hours before that interview, Liu lifted 198 kg in the men's 65 kg powerlifting event at the Tokyo Paralympics to win the gold on Friday. It's already the fourth Paralympic gold of his career.

Liu revealed that 198 kg is his worst performance in nearly 15 years. "We had no systematic training at all in the past two months due to COVID-19. Almost all athletes could only do 80 to 90 percent of their best," he said to Xinhua.

Liu said he was going for a medal before the competition began but did not expect to win the gold. "It's not perfect, but it's the best result." 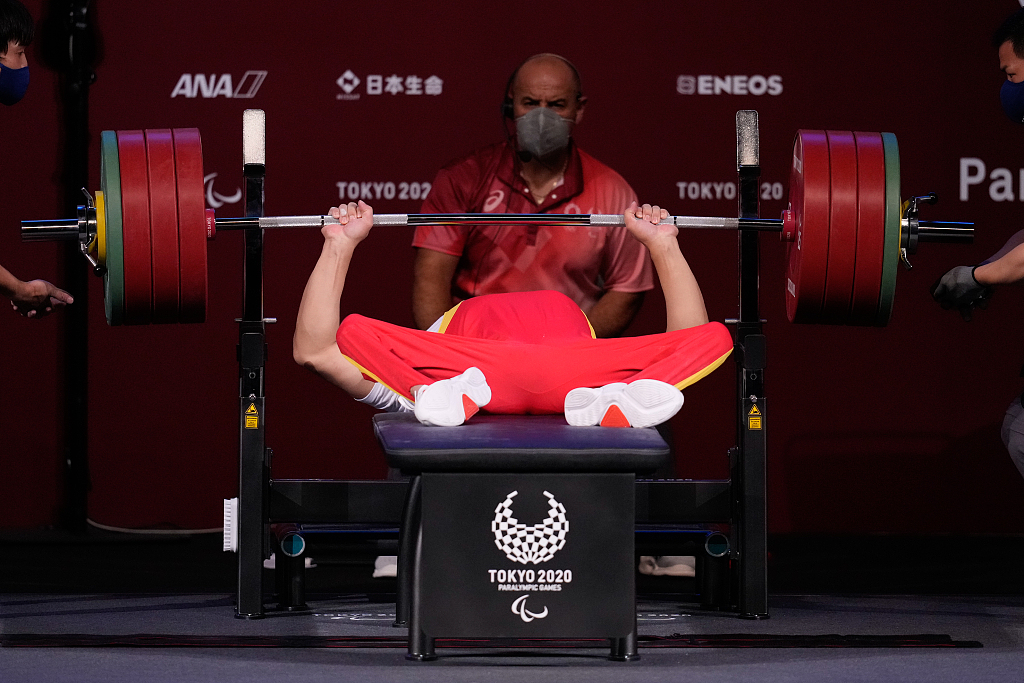 Liu recalled that he saw Amir Jafari Arangeh of Iran browsing through photos of his son during the match on Friday. When he reached the last one, a photo of a gold medal, Jafari stared at it for over 10 seconds. Liu said he knew Jafari was his biggest opponent at that moment.

In the end, Jafari took the silver medal.

Liu became very talkative when his son was mentioned. "I asked my son before I came to Tokyo: How do you think your old man is gonna perform? He said 'You will be the first.' I thought he did not know what that means so I asked him again. 'What medal will the first, second and third get?' My son answered 'Gold, silver and bronze.'"

That's when Liu realized that his son knew exactly what first means in sports. "Since then, every time I began to doubt myself, I would tell myself: My son believes in me."

Liu did not cry when he won gold in the previous Paralympics but he could help it in Tokyo. "It has been a very difficult trip." 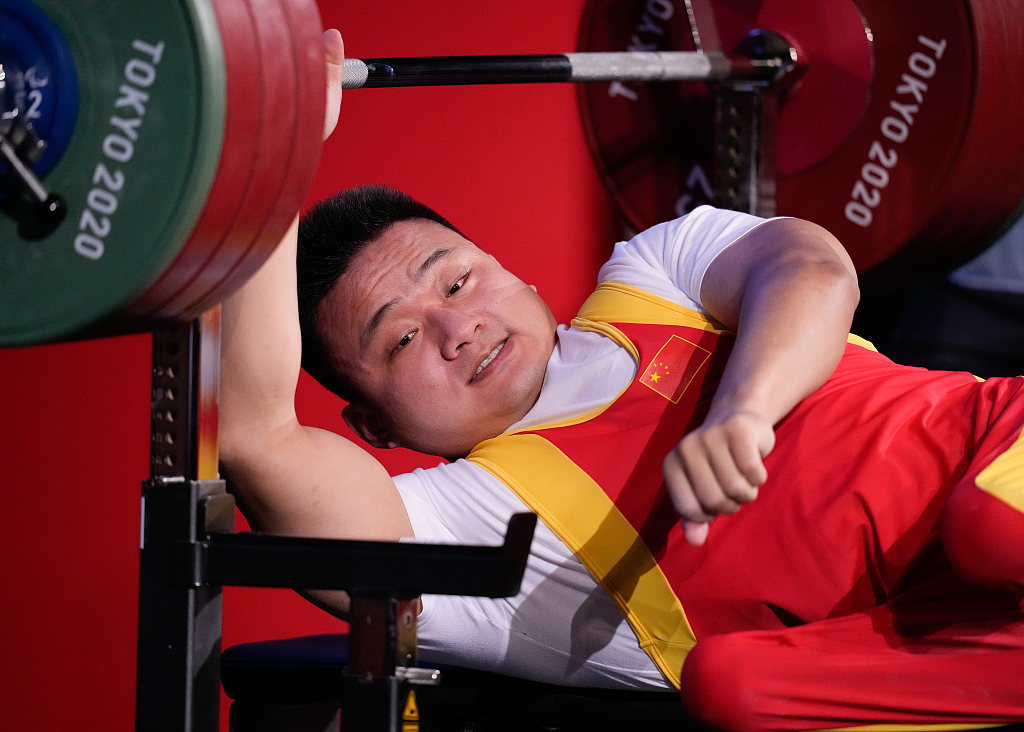 Liu said participating in sporting competitions has made him more confident and able to look at the world in a more positive way. He may not continue to compete, but he wants to contribute to helping people with impairments after retiring. "I graduated from Beijing Sport University in 2019 and I have learnt a lot of theories in four years. I also collected over 20 years of experience as an athlete. I don't want to waste them." Liu said he wants to help more people realize their goals.

Liu had a very interesting idea of holding a retiring ceremony. He thought about telling his barbell "Bye bye old buddy" or putting all his gold medals in a sealed box. "Or I will just do it in a normal way, find a good occasion and write my retirement report."