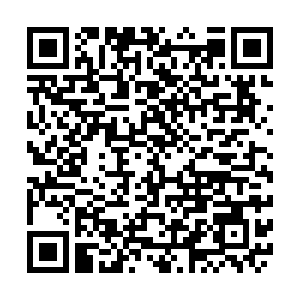 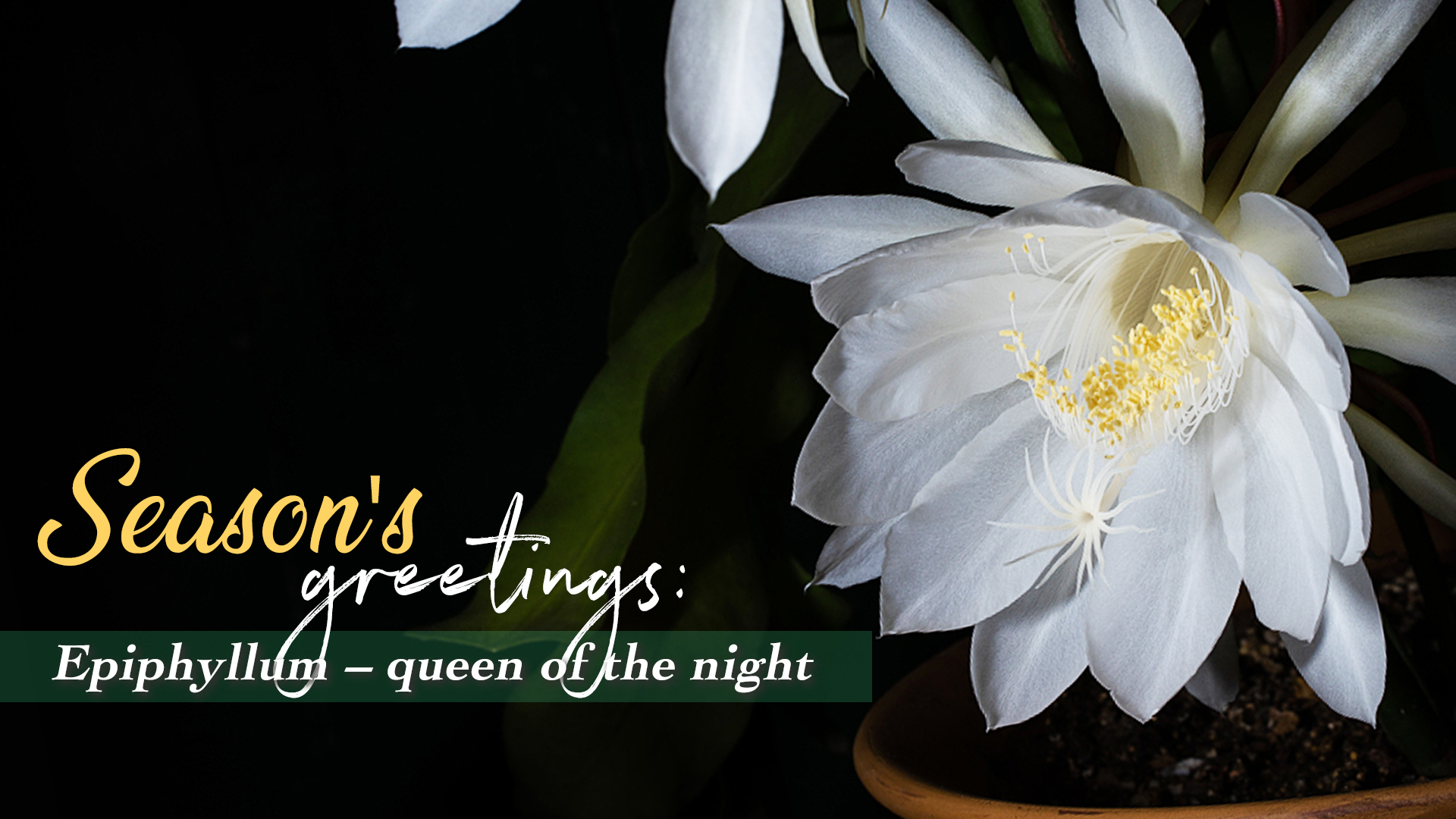 Epiphyllum, described as the queen of the night, belongs to the Cactus family. Its large funnel-shaped flowers are very aromatic. Since epiphyllum only blooms at night, people have given this flower a lot of beautiful stories.

The symbolic character of the epiphyllum is its short flowering time, therefore, people commonly used the blooming epiphyllum as a metaphor for how good things don't last.

On the other hand, because of this rarity, it's also a sign of luckiness for those who see its bloom. In China, home-grown epiphyllum blooms are often seen as a sign of good things to come.

There is also a sad and graceful love story about epiphyllum. 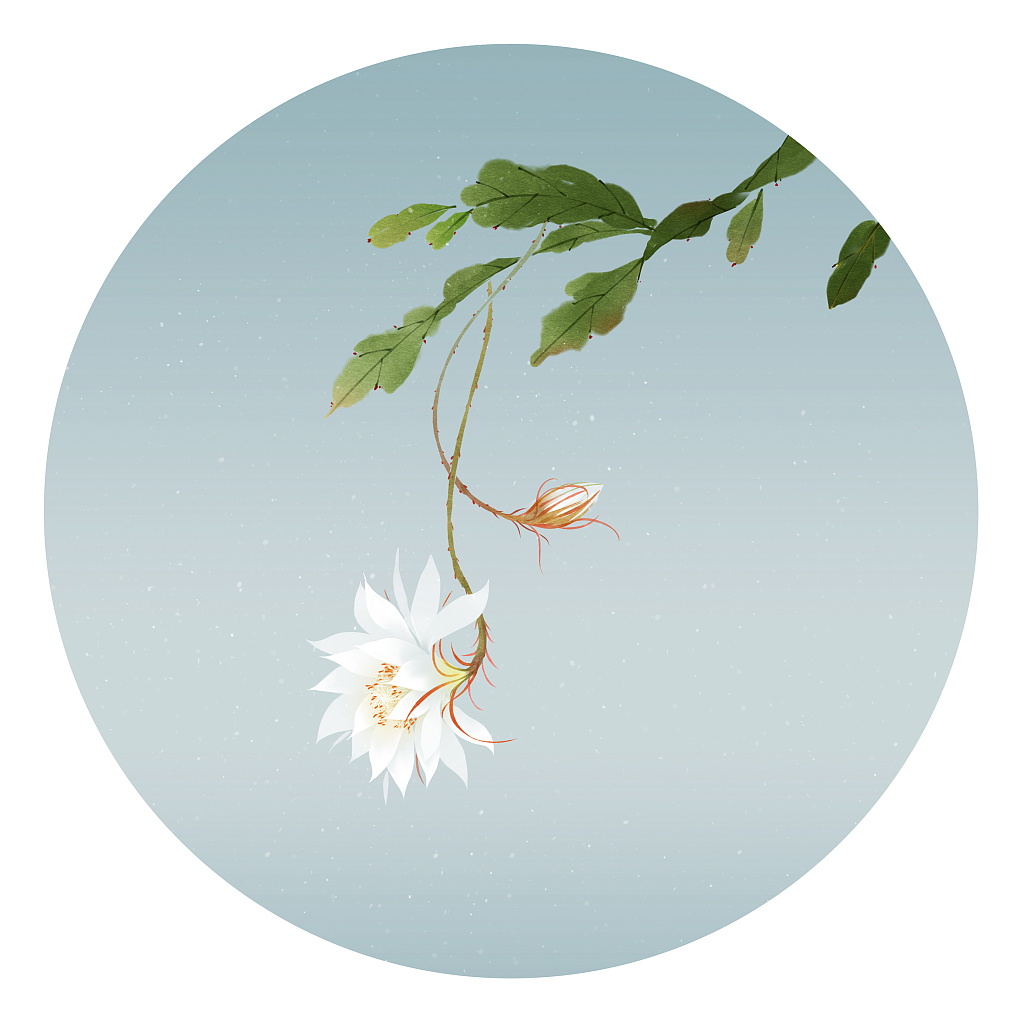 Epiphyllum – queen of the night. /CFP

Epiphyllum – queen of the night. /CFP

According to legend, epiphyllum was once a flower goddess, she bloomed every day and fell in love with a young man who watered her. But love between man and goddess has violated the law of heaven. This soon became known to the Jade Emperor, who was furious and decided to break them up.

She knew that Weituo only goes down the mountain once a day at night after the evening meal to fetch water, so epiphyllum saved enough energy to only bloom at that particular time.

As legend has it, science has a truer explanation for the flowering habits of the epiphyllum. In fact, the bloom of epiphyllum doesn't have to be at night, it just needs to be placed in the dark.

The habit of epiphyllum is related to the environment of its origin. Epiphyllum originates in the tropical desert. The climate there is hot and dry, but it gets much cooler at night. Flowering at night can avoid the strong sun exposure, and the short flowering time can greatly reduce the loss of water, conducive to its survival.