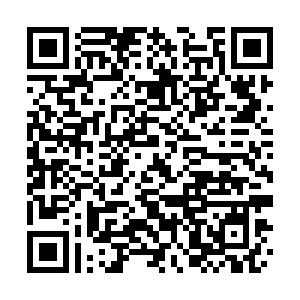 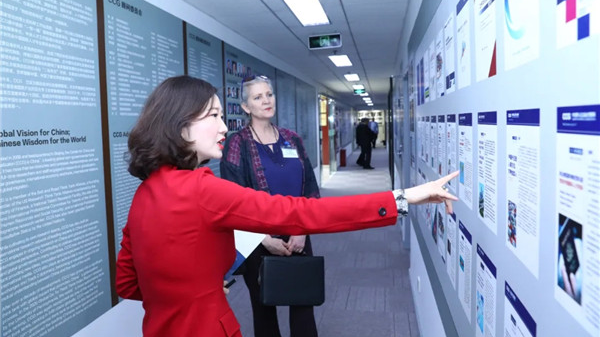 Dr. Mabel Lu Miao, the Co-founder, Vice President and Secretary General of Center for China and Globalization (CCG), shares stories with a foreign guest in the halls of CCG office. /en.CCG.org.cn

Dr. Mabel Lu Miao, the Co-founder, Vice President and Secretary General of Center for China and Globalization (CCG), shares stories with a foreign guest in the halls of CCG office. /en.CCG.org.cn

Yale historian and the author of The Search for Modern China Jonathan Spence once said, "One aspect of a country's greatness is surely its capacity to attract and retain the attention of others."

In recent years, China's voice has indeed become stronger in the international arena. However, narratives about China have often become distorted in the current complex geopolitical environment.

China's international image, on the one hand, has been sometimes colored by Western stereotypes and reporting, which has undermined the credibility of China's international discourse. Since the outbreak of the COVID-19 in particular, despite China's achievements in combating the pandemic, a survey done by the Pew Research Center revealed that views of China turned sharply negative in 14 countries last year.

At the same time, Chinese voices could do more to inform the narrative surrounding the country's rise proactively. How to create a national image that is "trustworthy, lovable and respectable"? How can China "be open and confident, but also be modest and humble" when communicating with others in the world? These questions deserve some serious thought.

I talk about China to the World, the Center for China and Globalization's new book, discusses how to tell a real and comprehensive story about China on global stages such as the Munich Security Conference, the Paris Peace Forum and the Davos World Economic Forum.

As a non-governmental think tank, CCG has delved into telling China's story for over a decade and gradually formed a new narrative that contains three parts (stance, methodology and attitude) when "speaking about China" to the World.

To begin with, China's new narrative stance seeks to convey the country's embrace of globalization to the World based on common values and universal issues that China shares with other nations.

The best narrative aims to create an emotional resonance between the storyteller and the audience. Telling one's own stories without listening is far from enough. A country should understand the historical and cultural context and real demands that others face. 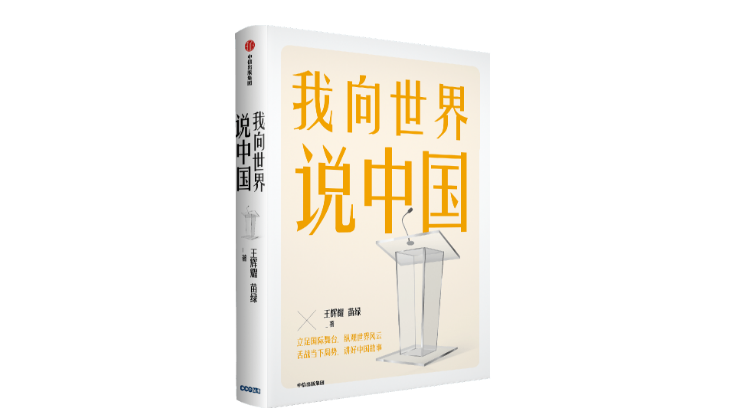 "I talk about China to the World" is the Center for China and Globalization's new book on how to tell a real and comprehensive story about China on global stages. /en.CCG.org.cn

"I talk about China to the World" is the Center for China and Globalization's new book on how to tell a real and comprehensive story about China on global stages. /en.CCG.org.cn

Given major gaps in understanding between countries, China ought to listen and then relate what we want to say to topics and themes that resonate with the audience. We should tell China's story with reference to shared global values, the country's contribution to globalization, and its story of development and the issues it faces.

As for the new narrative methodology, one way is to speak using figures and facts to tell more about China's contribution to globalization. The other is to initiate an eclectic non-governmental narrative discourse sharing stories across the realms of policy, diplomacy, commerce, and individual experience, set in the context of Chinese culture and the logic of China's development.

Action speaks louder than words. We should engage in international mainstream forums and media and make Chinese views be heard to a wider audience. It is crucial to accept invitations from international mainstream media. We shouldn't refuse to engage just because the other side might be unfriendly or hold views difficult for us to accept. We should establish extensive exchanges and dialogue in the Chinese and foreign political, commercial and research circles to promote Track II diplomacy.

In the age of public diplomacy, everyone has a say. If one wants to be understood by a wider, younger generation, thanks to social media, one can make his or her voice heard. The public can also tell Chinese stories through different platforms. Scholars with strong expertise can often explain Chinese ideas and solutions more clearly and concisely. The two can complement each other.

Telling effective stories in the international area requires a proactive approach to shaping the topics of debate. This means keeping up with international and domestic hot issues and enhancing the influence of think tanks through multi-channel dissemination. Tell the story well, and more people in more countries will be interested in understanding the real issues.

Speaking of the narrative "attitude," one should be humble and confident, inclusive and position-driven with mutual respect when "telling China's story" on the world stage. Humility does not mean self-abasement. To be tolerant isn't to lack a firm stance.

In international exchanges, conveying our ideas does not require an acerbic tone to convince others or refute arguments. Stories about China need concrete ideas and details. Effective communication is to disseminate our own ideas out into the world. The more rich and detailed the stories, the more audiences will be curious and want to listen more.

We should highlight positive issues with an emphasis on multilateral cooperation. Once these become central to public discourse, the discussion about China will be more about China's contributions and mutually beneficial cooperation between China and other countries in addressing global challenges. Perceptions of China will improve as the world gets to know the country better.