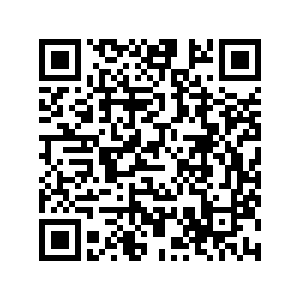 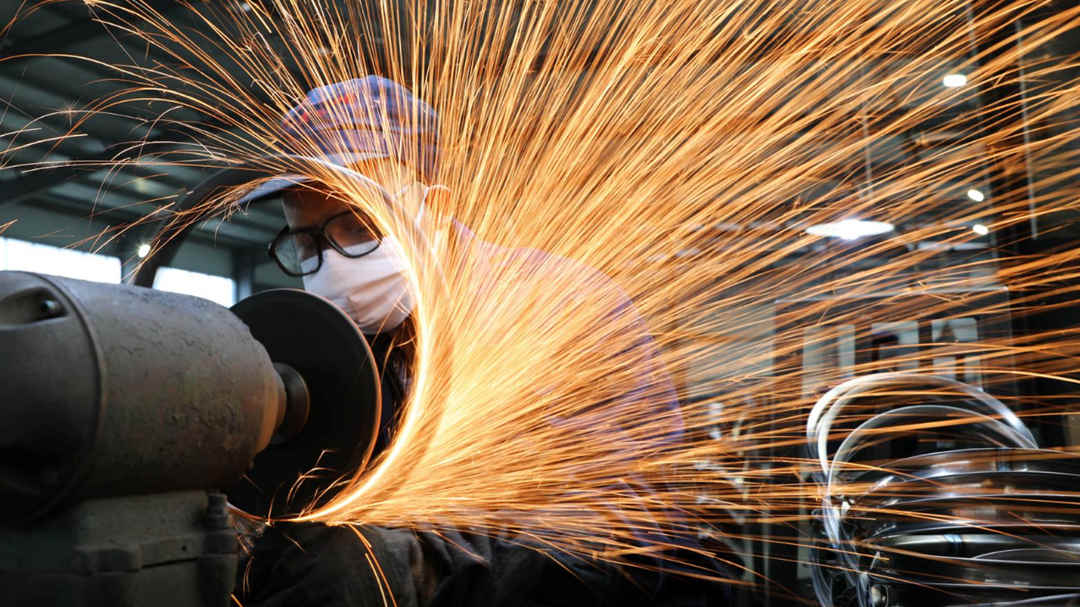 China's official Purchasing Managers' Index (PMI), a key gauge of manufacturing activities, continued to expand, but slowed down to 50.1 in August from 50.4 in July, said the National Bureau of Statistics (NBS) on Tuesday.

A reading above 50 indicates expansion in activities, while a reading below that mark reflects contraction. The manufacturing PMI has remained above 50 for 18 straight months.

The figure of 50.1 was slightly weaker than the market consensus of 50.2, as was expected by both Reuters and Bloomberg. But it was marginally higher than Nomura's forecast of 50. 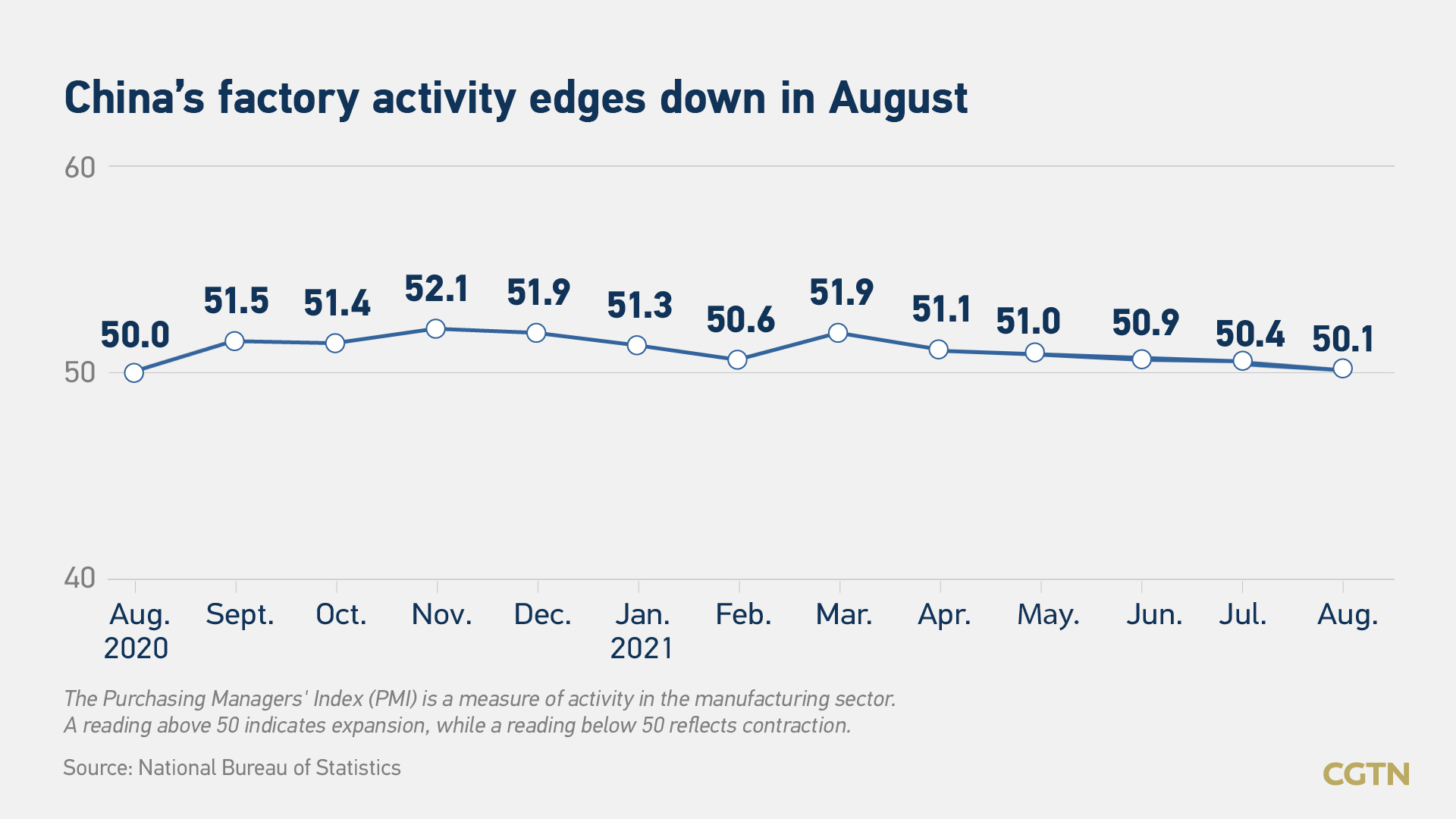 By firm size, the PMI for large enterprises surveyed was 50.3 percent, down from 51.7 last month, while small and medium-sized enterprises climbed up to 48.2 percent and 51.2 percent, 0.4 and 1.2 percentage points higher than last month, respectively.

"Manufacturing companies were positive about the outlook as the impact of Delta variant outbreaks and floods are fading," said Zhao Qinghe, a senior statistician with the NBS.

However, an economist from Nomura predicted the manufacturing PMI will stay low in September.

"The official manufacturing PMI could remain at around 50.0 in September, as the success in containing the latest wave of COVID-19 and the post-storm recovery might be offset by Beijing's property-related tightening measures," said Lu Ting, chief China economist at Nomura.

China's official non-manufacturing PMI, which includes services and construction activities, plunged to 47.5 in August from 53.3 in July. The reading has fallen below 50 for the first time since March 2020, according to the NBS.

The figure was below the median forecast of 51.9 by Bloomberg's survey of analysts.

It was "weighed on by the services sector, due to the spread of Delta variant," said Lu.

The services sector slumped into sharp contraction for the first time since February 2020, the peak of the COVID-19 pandemic. The PMI for services stood at 45.2 percent, 7.3 percentage points lower than last month.

"This wave of [coronavirus] outbreaks in many provinces has dealt a significant blow to the services sector that is still on the way to recovery," said Zhao.

Business activities of transportation, accommodation, catering, culture, sports and entertainment have all decreased below 50 due to coronavirus restrictions being re-imposed.

Zhao pointed out that companies were optimistic about the recovery of the services sector in the near future, as this round of COVID-19 outbreaks has been effectively controlled and the Mid-Autumn Festival and the National Day holidays are approaching.

"We expected the services PMI to rebound in September," said Lu.

Construction activities accelerated this month, with PMI increasing to 60.5 percent, 3 percentage points higher than last month. The number of new contracts signed and the employment in the industry have increased.

"The official non-manufacturing PMI may make a material rebound to around 52 in September from 47.5 in August, thanks to the lifting of restrictions as China appears to have contained the latest wave of COVID-19," said Lu.

The official composite PMI, which includes both manufacturing and services activity, dropped to 48.9 percent in August from July's 52.4 percent.

The Caixin China General Manufacturing PMI, which gives an independent snapshot of the manufacturing sector in China, fell to 49.2 in August from 50.3 the previous month, according to a Caixin-sponsored survey released Wednesday.

The reading was in line with the trend that the official data had indicated.

"Both supply and demand in the manufacturing sector shrank as the COVID-19 outbreaks disrupted production," he said.