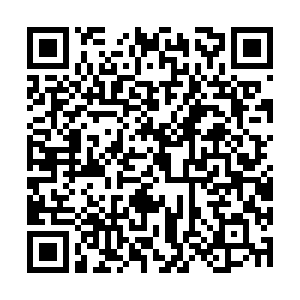 The Chinese mainland film market took in 413 million yuan (about $63.91 million) this week (August 23 to 29), up about 96 million yuan from last week. The top three grossing films of the week were "Free Guy," "Raging Fire," and "Luca," which amassed 155 million yuan, 115 million yuan, and 35 million yuan, respectively.

This week, Hollywood's sci-fi blockbuster "Free Guy" is getting a shot in the arm as the summer season box office draws to a close. The newly released movie "Free Guy" earned 155 million yuan over the weekend, beating out the Chinese action thriller "Raging Fire," which had topped the list for four weeks in a row.

Although two weeks behind its North American release, "Free Guy" was released on the Chinese mainland with little impact from overseas online piracy. What's more, the film has received very good word-of-mouth since its release, with a rating of 7.8 on Douban, a Chinese Rotten Tomatoes-like film rating website, comparable to Rotten Tomatoes' 82 percent freshness rating.

"Free Guy" continued its strong run on the Chinese mainland, grossing about 155 million yuan in its opening weekend, making it the best-performing Hollywood blockbuster of the summer.

"Raging Fire," the last movie from the late Hong Kong director Benny Cha, lost its top spot this week but surpassed the 1-billion-yuan mark overall this week to become the top Chinese action film of 2021. It is the ninth film this year to have crossed the mark on the Chinese mainland. Starring Donnie Yen and Nicholas Tse, it performed outstandingly at the box office due to a good word of mouth. For 28 consecutive days since its release on July 30, it remained the daily box office champion.

In addition to "Free Guy," there have been two Hollywood films in Chinese mainland theaters during the last two weeks. Disney and Pixar's "Luca," which was released on August 20, has a good reputation, with a 7.4 ratings on Douban, but it missed the chance because it was released online in North America as early as June, with a cumulative box office of just over 70 million yuan until now.

Also, the sci-fi and adventure film "Chaos Walking," starring Spider-man actor Tom Holland, was released on August 27, but its mediocre story line limited its appeal on the Chinese mainland, earning only a 5.2-rating on Douban and 5.23 million yuan in its first weekend.

(Cover image made by Feng Yuan)