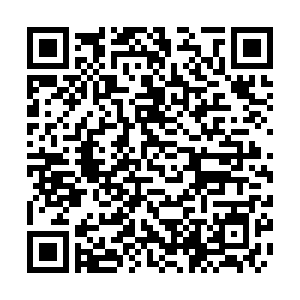 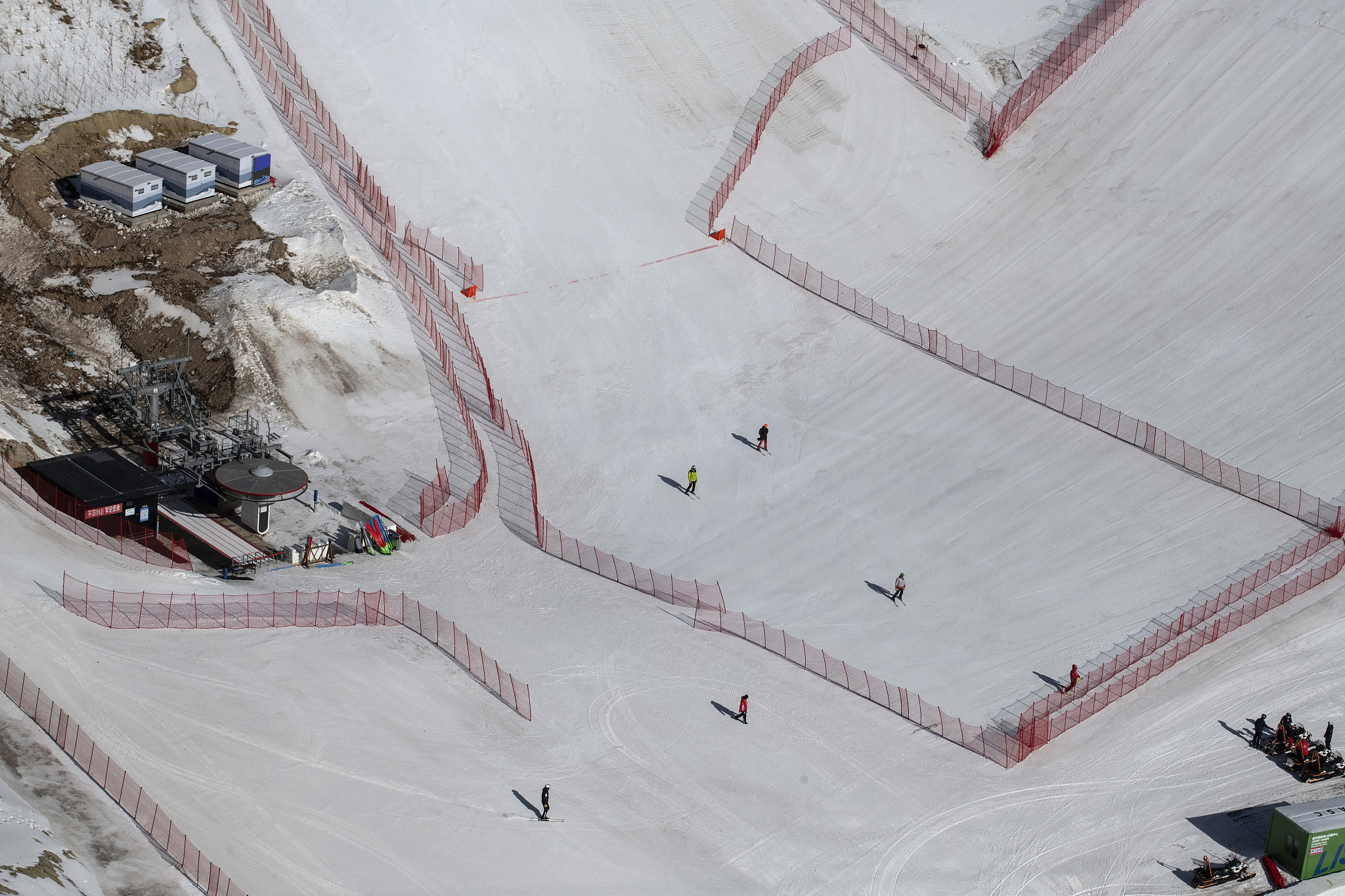 An aerial view of the National Alpine Ski Center in the competition zone of Yanqing District, Beijing, China, February 5, 2021. /CFP

An aerial view of the National Alpine Ski Center in the competition zone of Yanqing District, Beijing, China, February 5, 2021. /CFP

In 2018, researchers and students from the wind tunnel lab at Beijing Jiaotong University joined the construction efforts of the Winter Olympic venues.

The National Alpine Ski Center, one of Beijing 2022's most technically challenging venues, was built more than 1,200 meters above sea level on Xiaohaituo Mountain in the Yanqing competition zone.

At the foot of the Alpine ski center, a sliding track for bobsleigh, luge and skeleton at the 2022 Games winds down the mountain, ready for the world's best pilots to display their courage and skills in disciplines often dubbed "Formula 1 on ice."

The 1.9-km sliding center, the first of its kind in China, features 16 angled curves to resemble a mythical Chinese dragon.

"The Yanqing competition zone has complex terrain and strong wind," said Li Bo, a professor at Beijing Jiaotong University. "Wind resistance is key to the construction of buildings and temporary facilities."

Li and his team from the wind tunnel lab studied the wind field data in the Yanqing competition zone and used tunnel tests to assist in the design of the Olympic venues.

According to Qiu Jianbing, the design leader of the sliding center, the facility at the Yanqing competition zone is located on the mountain's southern slope. The design team developed a system combining the terrain, awning and sunshade to reduce the impact of solar radiation.

They analyzed the sun's height in spring, autumn and winter, and used computer models to simulate and determine the awning and sunshade coverage on the track. Now, harsh sunlight will not be an issue for athletes' training and competition. 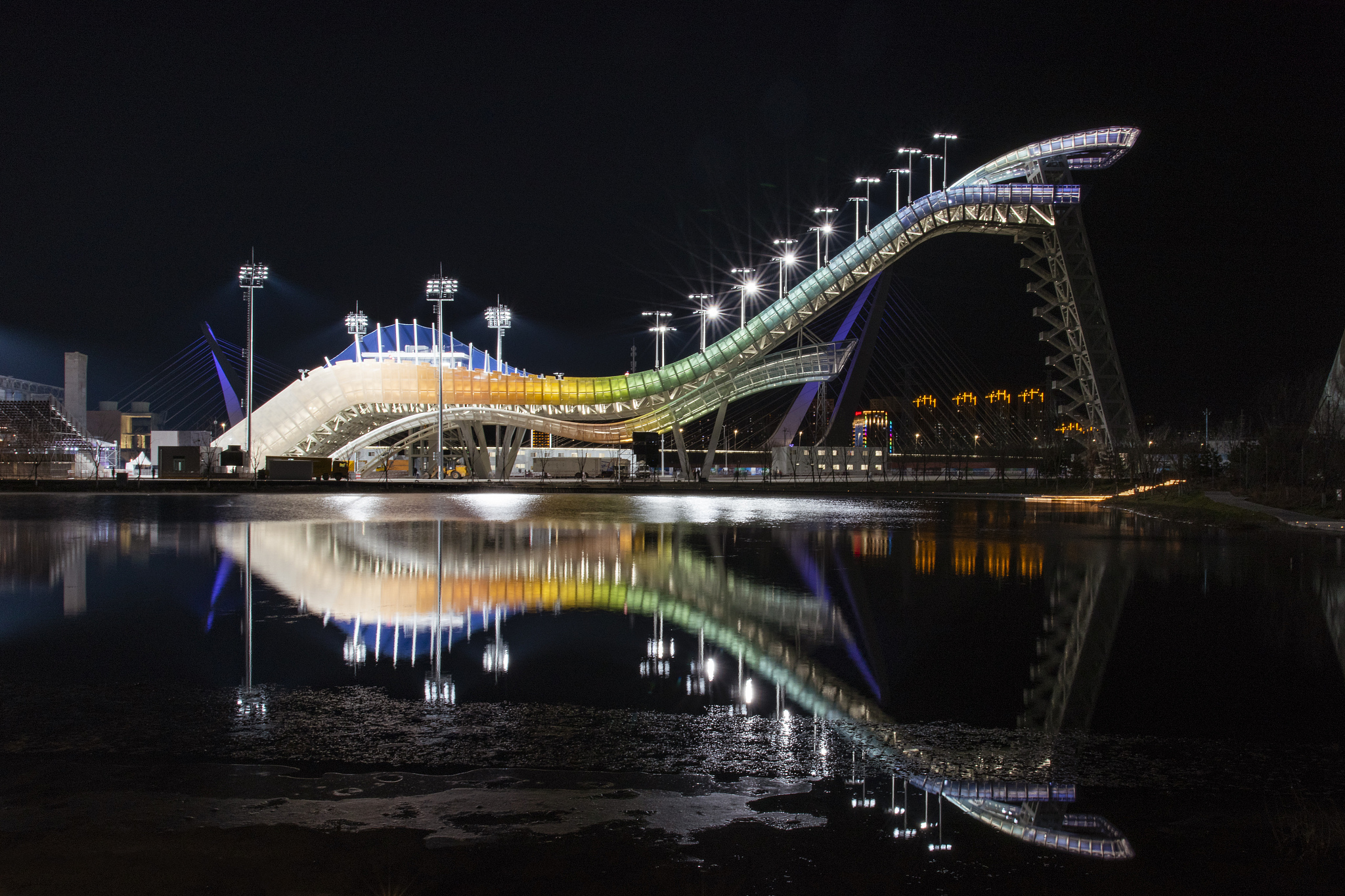 The Shougang Ski Jumping Platform is lit up at a light show in Beijing, China, December 13, 2019. /CFP

The Shougang Ski Jumping Platform is lit up at a light show in Beijing, China, December 13, 2019. /CFP 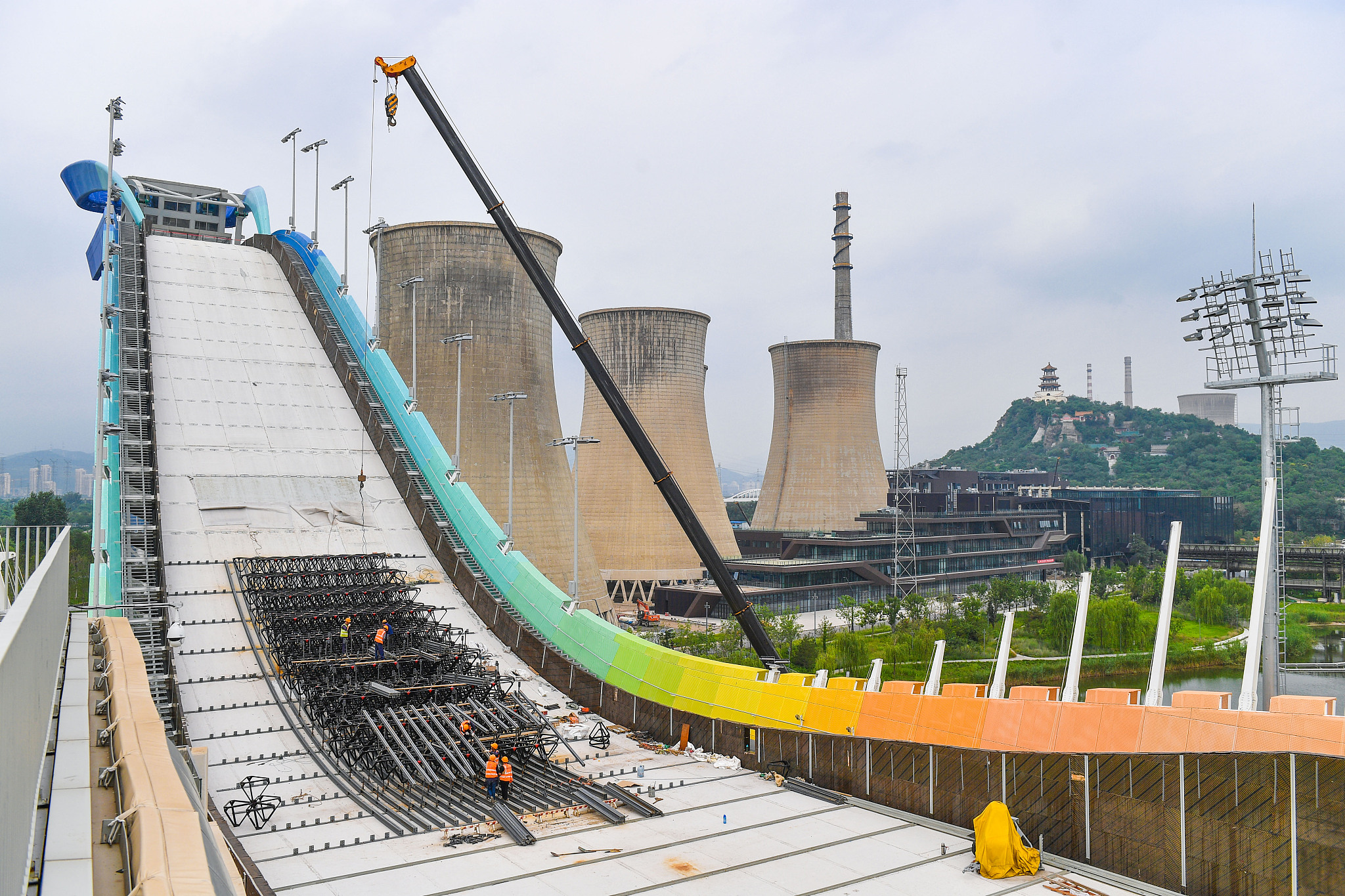 In the Winter Olympics, bobsleigh, a traditional sporting event, has been largely dominated by Western teams.

As a late comer, the Chinese team has been relying on imported sleighs for training and competitions. A research and innovation consortium of 12 industry units was established to make the Chinese bobsleigh from scratch.

The sleighs went through wind drag tests at the China Academy of Aerospace Aerodynamics (CAAA), and their shapes have been optimized to experience lower resistance and higher speeds.

The homemade sleighs have an 8 percent lower wind drag, significantly boosting athletes' performance. The sleigh is expected to be delivered to Chinese athletes in mid-September and make its debut in the 2022 Beijing Winter Olympics. 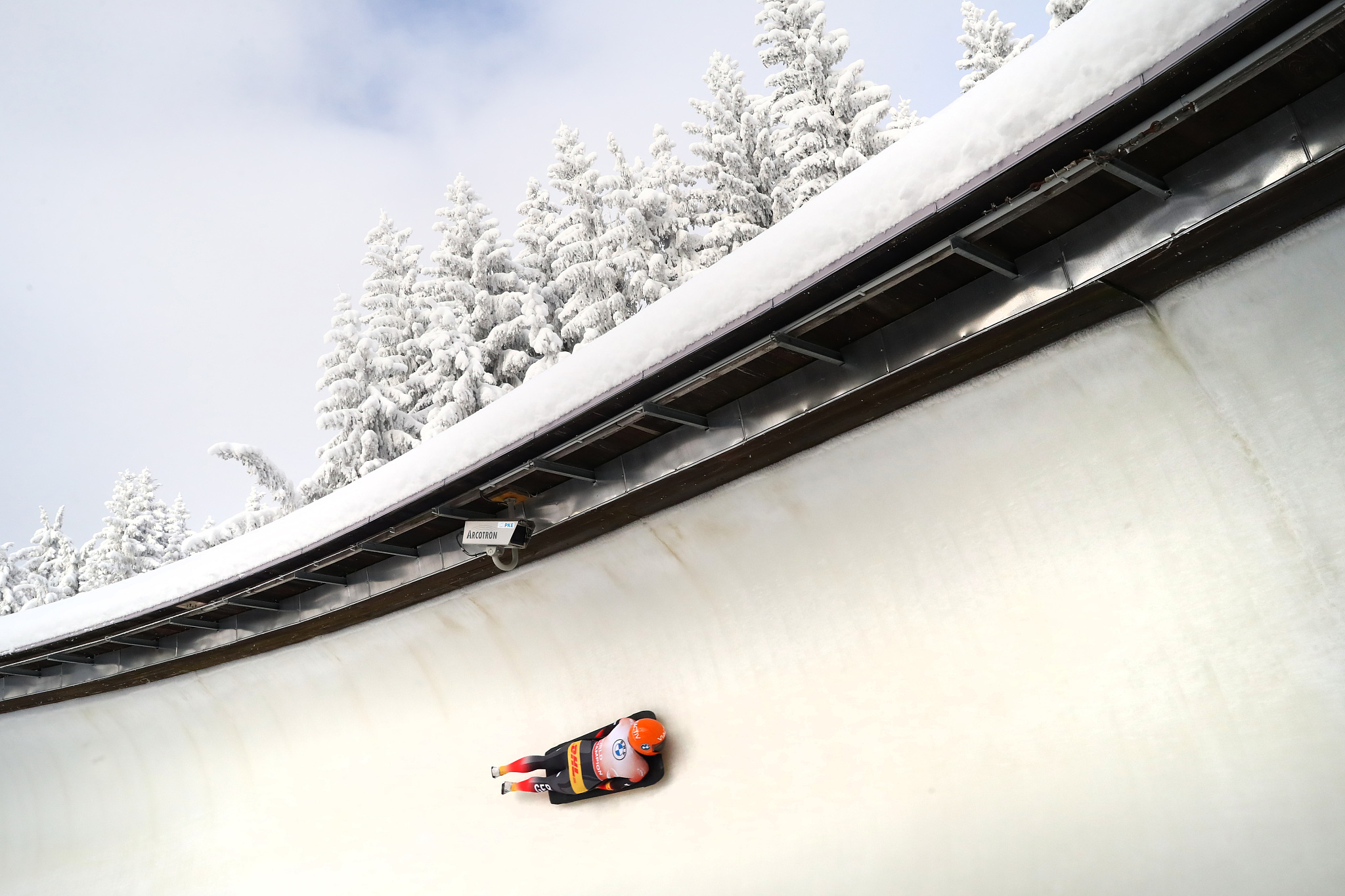 Finding the most aerodynamic position is vital for athletes across many sports, and many use wind tunnels to train.

Testing performance in the wind tunnel can help optimize sportswear and equipment to reduce drag, and help athletes find their "winning postures."

Zhang Yuanzhao, a member of the wind tunnel lab of Beijing Jiaotong University, said that more than 10 national Winter Olympics teams had completed wind tunnel tests and data analysis at the lab as of mid-July.

The CAAA also developed a wind tunnel to help train Chinese athletes for the 2022 Winter Olympics. The maximum wind speed in the tunnel is 42 meters per second.

A 6 DoF (degrees of freedom) skeleton sled training system has been developed with the help of virtual reality and digital simulation technologies.

The system, which gives athletes the feel of training on an actual track, can calculate the gravity, wind resistance, and track friction data in real time and help athletes form muscle memory at turnings.