The United Nations (UN) Security Council on Monday adopted a resolution on Afghanistan after the Taliban's return to power, focusing on counter-terrorism and humanitarian assistance.

Resolution 2593 demands that Afghan territory not be used to threaten or attack any country, shelter or train terrorists or plan or finance terrorist acts.

It reiterates the importance of combating terrorism in Afghanistan and notes the Taliban's relevant commitments.

The resolution, which was adopted with 13 votes in favor and two abstentions, calls for strengthened efforts to provide humanitarian assistance to Afghanistan.

Geng Shuang: Withdrawal from Afghanistan is not the end

It also calls on all parties to allow full, safe and unhindered access for the UN, its specialized agencies and implementing partners and all humanitarian actors engaged in humanitarian relief activity to ensure that humanitarian assistance reaches all those in need.

The resolution noted Friday's statement from the Taliban, in which the Taliban committed that Afghans will be able to travel abroad, may leave Afghanistan anytime they want to and may exit Afghanistan via any border crossing, both air and ground, including at the re-opened and secured Kabul airport, with no one preventing them from traveling.

It expects the Taliban to adhere to these and all other commitments, including the safe, secure and orderly departure of Afghans and all foreign nationals from Afghanistan.

It strongly condemns Thursday's terrorist attacks near the Hamid Karzai International Airport in Kabul perpetrated by an affiliate of the ISIL terrorist group and notes of the Taliban's condemnation of the attacks. 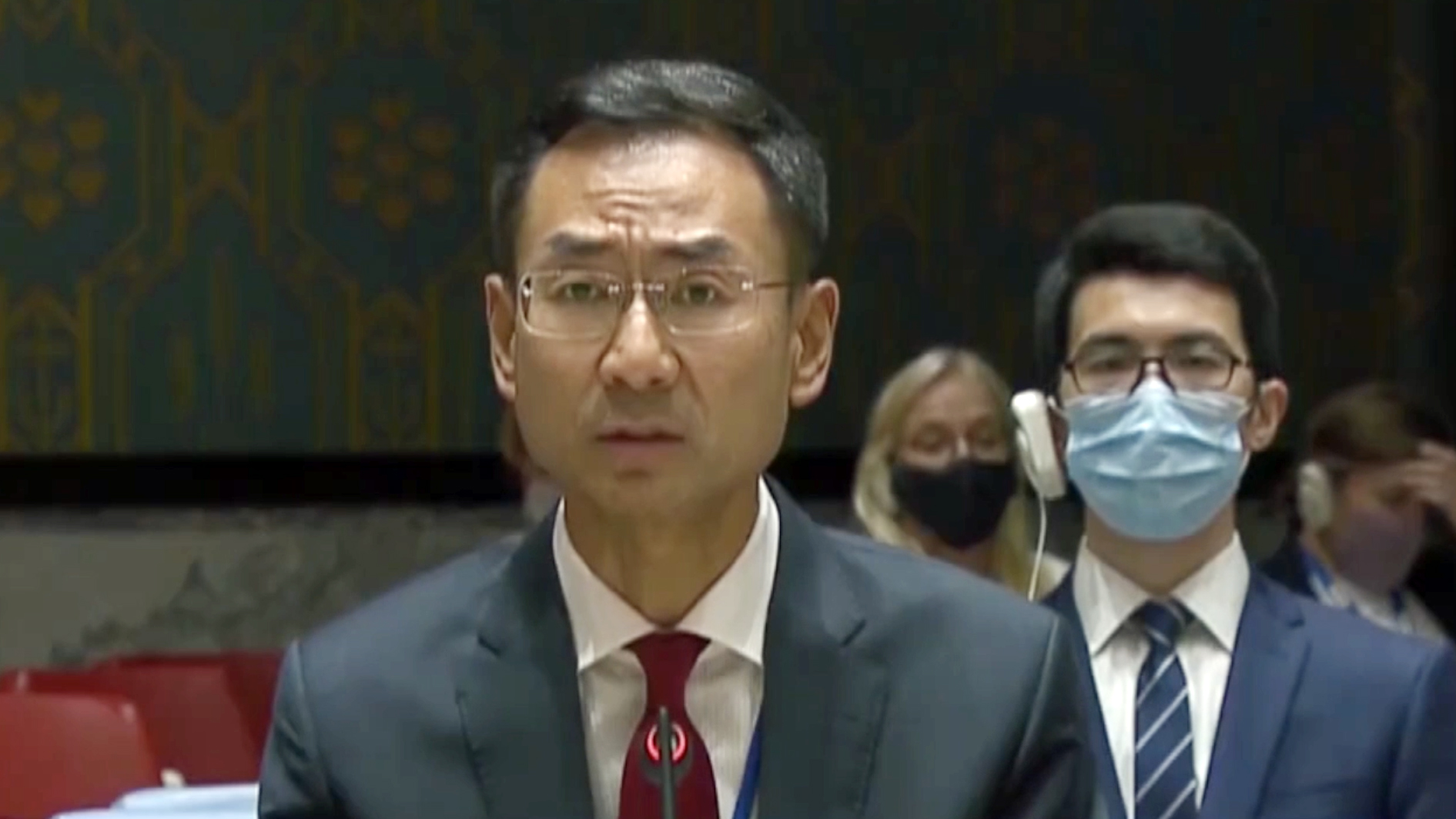 Russia and China abstained. All the remaining 13 members of the Security Council voted in favor.

"Our suggestions to change the resolution were not sufficiently incorporated. China has consistently opposed the forcible pushing by draft resolution sponsors. Based on this, China abstained from voting," said Geng Shuang, China's deputy permanent representative to the UN after the vote.

"The troops withdrawal is not the end of responsibility, but the beginning of reflection and correction," Geng said. "Relevant parties need to respect Afghan sovereignty, independence, territorial integrity, and the right of Afghans to determine their own fate. They need to correct the mistake of forcing their own systems onto others."

The Pentagon on Monday announced that the withdrawal of U.S. troops from Afghanistan has been completed, ending a 20-year military occupation in the country.

A spokesman for the Taliban was quoted on Monday as declaring independence for Afghanistan.

Nearly 10 million children in Afghanistan are in desperate need of humanitarian aid, and the UN children's fund, UNICEF, is appealing for about $200 million to respond to their needs.

Those least responsible for this crisis are paying the highest price, including the children killed and injured in a series of atrocities in Kabul since last Thursday, he told reporters at the UN headquarters in New York via a video link. 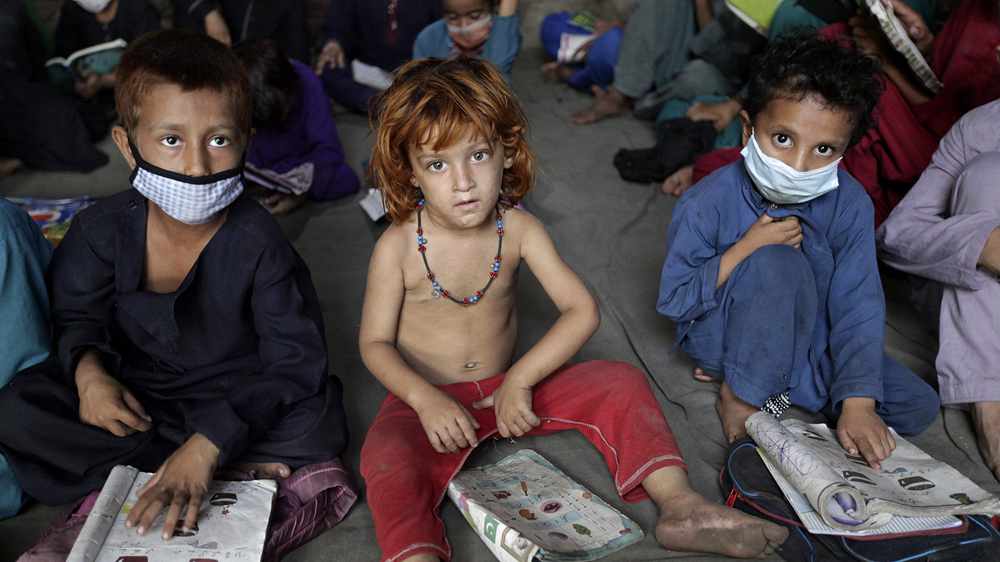 Afghan refugee children attend a class administrated by a volunteer in a slum on the outskirts of Lahore, Pakistan, August 27, 2021. /CFP

Afghan refugee children attend a class administrated by a volunteer in a slum on the outskirts of Lahore, Pakistan, August 27, 2021. /CFP

This year alone, more than 550 children have been killed and more than 1,400 others injured, he noted. "This is clearly a child-protection crisis in a country that is already one of the worst places on earth to be a child."

Against this backdrop of conflict and insecurity, children are living in communities that are running out of water because of drought. They're missing life-saving vaccines, including against polio, a disease that can paralyze children for life. Many are so malnourished that they lie in hospital beds too weak to grasp an outstretched finger, said De Lys. "These children are deprived of their right to a healthy and protected childhood."

Food crisis could ignite a 'humanitarian catastrophe' in Afghanistan

UNICEF is concerned about reports that international donors are cutting or suspending aid to the country – not just for UNICEF but for other aid agencies as well – at this difficult time. The agency is also concerned about ensuring the safety and security needed to deliver programs nationwide, especially for its female national staff and female social workers, he said.

De Lys urged all partners to support UNICEF as it starts implementing its scale-up plan, which includes providing mobile health clinics, vaccinating babies against polio and other diseases such as COVID-19, treating children who are severely acutely malnourished, delivering water to areas affected by drought, distributing hygiene kits, getting children ready for school, and schools ready for children for the new school term next month.