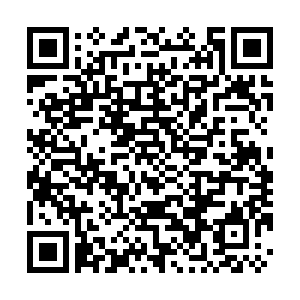 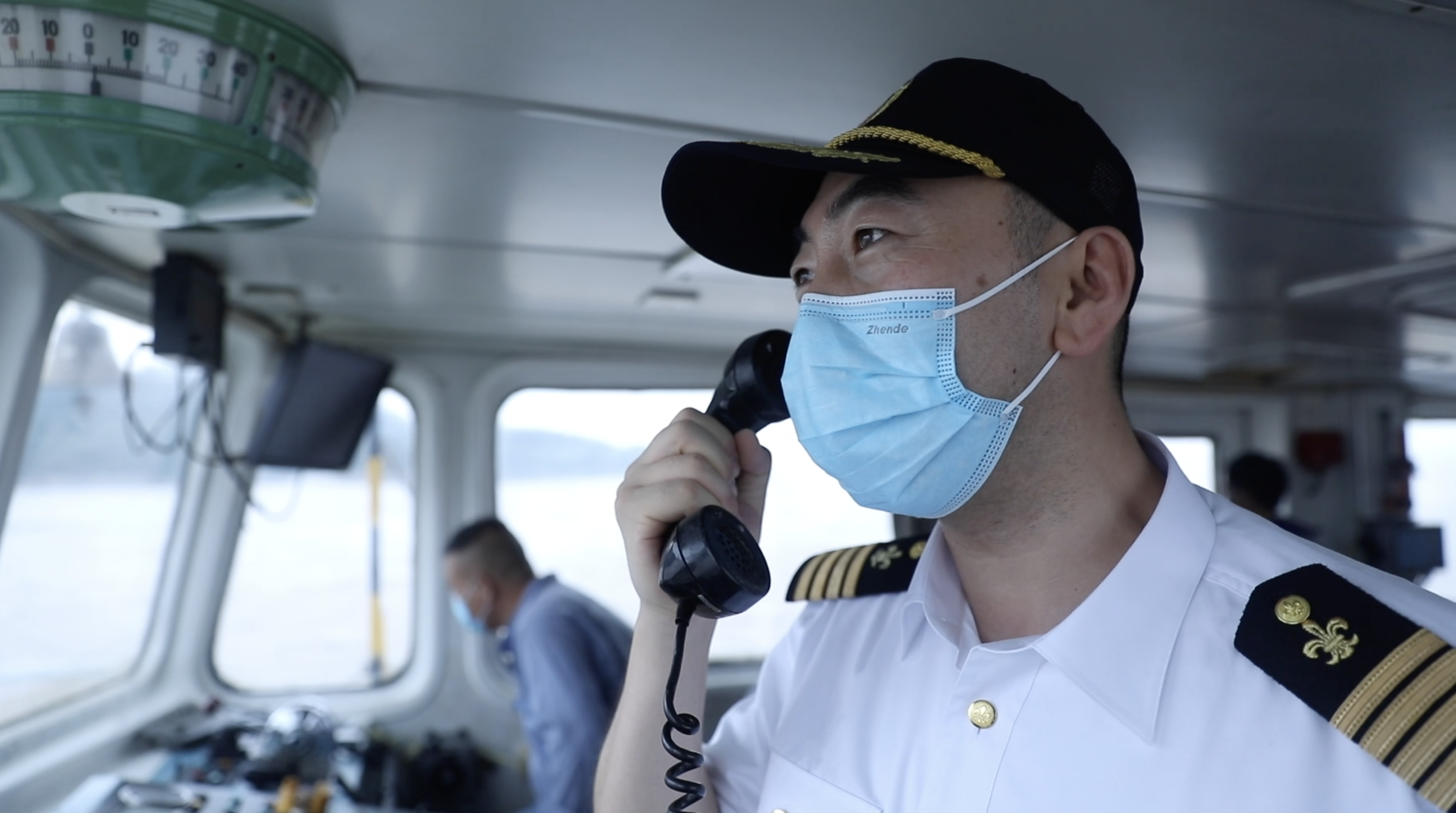 "Boarding time is 13:40," Li calls the ship as he prepares for the delicate task of docking the towering vessel, the size of three football fields.

It's an effort that requires immense knowledge of local waters and hydrodynamic forces, not to mention the expertise in handling such a huge and hulking vessel.

Li is one of merely 2,400 people in China qualified for the job.

Every day, ocean tankers filled with critical resources like iron ore and crude oil approach Chinese coasts, and container ships stacked full of commodities arrive from all over the world. Pilots are tasked to guide these behemoths of the sea to safe harbor.

"We exercise national sovereignty by providing mandatory pilotage services to the ships. Foreign captains are not familiar with local waters, but we have the expertise. So we board their vessels and lead the way," said the veteran pilot at the Ningbo-Zhoushan Port in east China's Zhejiang Province.

His job has changed drastically since his career started 17 years ago. The port has grown into the world's largest in terms of cargo throughput and the third-largest in container processing volume.

And as global trade expanded in the past 25 years, the largest container shipping vessels have quadrupled in size.

"Ships nowadays are getting bigger and bigger, which makes them a lot trickier to maneuver. They also push port infrastructures to their limits," Li said. 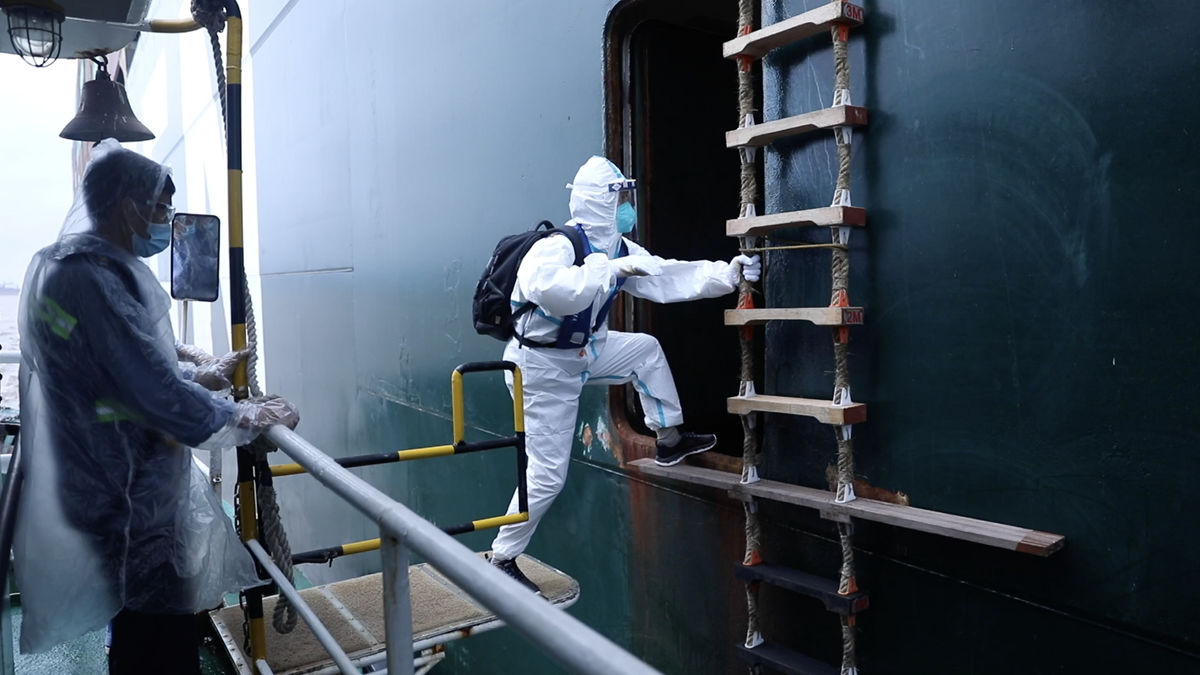 Marine pilots are considered one of the most dangerous professions in the world even in the best of times, but COVID-19 has added to the risks.

While some pilots arrive on the container ship via helicopter, in most cases they board the vessel via a soft ladder against the ship's massive hull.

In January 2020, a veteran pilot with 35 years of experience fell to his death while attempting to board an oil tanker outside the New York Harbor.

"We've all had some near-death experiences," Li said.

"A few years ago, I was climbing down a foreign ship after guiding it out. The typhoon had just passed, and it was pitch-dark in the evening. Both ships were moving 4 to 5 meters up and down in the waves. As I tried to land, the tugboat suddenly dropped, so I was in a free fall. Luckily my crew grabbed me, so I didn't go overboard," he said.

Now, as part of COVID-19 prevention measures, the pilots have to wear full protective kit upon boarding a foreign ship.

"The suit makes it harder to move. I can't have food, water or toilet breaks for at least 4 to 5 hours. Depending on harbor traffic, I can be trapped in this state for eight to 10 hours," Li said while preparing to board.

To reduce the risk of infection, ships arriving from high-risk regions are handled by a designated team of pilots and tugboat crew. They work in isolation for 10 days at a time and must pass several COVID-19 tests before rotating out.

"We don't normally talk about the hardships, certainly not with our families," he said. "They'll just worry endlessly." 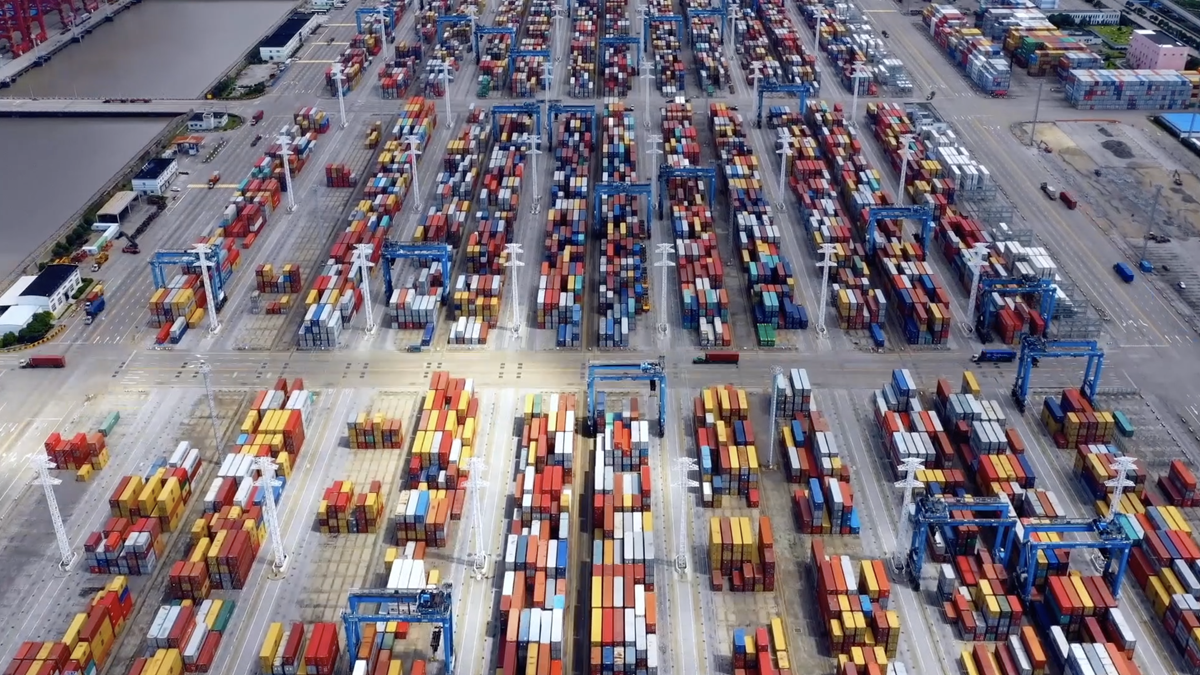 As the Chinese economy further recovers from COVID-19, Ningbo-Zhoushan Port is among the first to resume hum.

The containers processed jumped 21.3 percent in the first six months of 2021.

The terminal expects significant revenue growth over the course of the year, amid rising demand for Chinese supplies including both goods and containers.

However, Xu said limited shipping capacity and a shortage of containers – particularly empty export containers – remains a bottleneck for the industry.

"China has been manufacturing more containers, and the city of Ningbo has incentives to encourage shipping companies to bring their empty boxes here. This has alleviated some pressure," Xu said.

Meanwhile, he cautioned that the crippled processing capacity on the U.S. west coast and some key ports in Europe could lead a much bigger disruption.

Ships outside the port of Los Angeles are still waiting more than a week to dock, while the process takes only two days in China, Xu explained. "We can only do so much, if the rest of the global supply chain is congested."