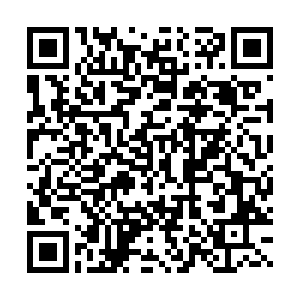 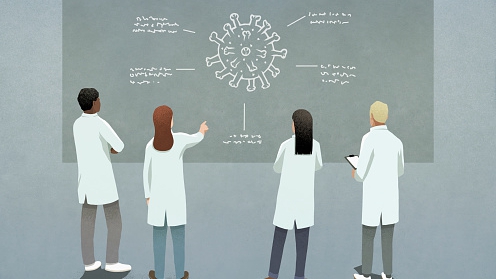 Editor's note: Since the start of the COVID-19 pandemic, the U.S. has been trying to blame it on China by raising the so-called Wuhan lab leak theory. They went out of their way to preach the conspiracy, even going as far as manipulating the World Health Organization's (WHO) report on the coronavirus' origins and putting pressure on the scientists who opposed it. The COVID-19 study is a scientific program; only scientists, not spies, should take the responsibility.

On May 26, U.S. President Joe Biden ordered intelligence agencies to report on the origin of the coronavirus within 90 days. Now time is up, let's look at what they have done so far to blame it on China.

Back in 2020, some Republican senators raised the so-called Wuhan lab leak theory, but even the Washington Post dismissed it as a conspiracy and ran an article with the headline "Tom Cotton keeps repeating a coronavirus conspiracy theory that was already debunked."

The U.S. spies divided this task into four steps.

First, they made people accept this conspiracy. Presently, The Washington Post has modified the headline for their earlier article so that it now reads, "Tom Cotton keeps repeating a coronavirus fringe theory that scientists have disputed." The terms "debunked" and "conspiracy theory" have been removed.

Then, they preached the conspiracy. Here comes Michael Gordon, a reporter from the Wall Street Journal. On May 23, he wrote an article claiming that the researchers at the Wuhan lab went to the hospital in November 2019.

This article successfully attracted a lot of attention. But who is this Michael Gordon? On September 8, 2002, he wrote an article falsely asserting that Iraqi President Saddam Hussein was seeking to build a nuclear weapon.

Although the New York Times admitted these errors in 2005, 4,500 U.S. soldiers and hundreds of thousands of Iraqis had already lost their lives in the Iraq War.

Facebook has announced that it had lifted its ban on content that speculated on the origin of the coronavirus. The situation is moving in the planned direction.

The second step was to manipulate WHO's report on the origin of the virus released in March. The report clearly mentioned that a lab leak is extremely unlikely. But as long as the official report is given credit, spies would never be able to complete their mission. So, they targeted the experts of the WHO team to Wuhan. Some experts were vilified for being officially linked with Chinese institutions, which implies that those experts were not objective; therefore, the report was not persuasive.

But this was slammed by experts like Marion Koopmans.

Spies then falsely claimed that the Chinese government didn't give important data to the expert team, but the conspiracy was countered again by experts like Peter Daszak and Thea Fischer.

So they had to up the ante, releasing a documentary on August 13 in which the head of the expert team, Peter Ben Embarek, said his work in Wuhan was being pressured by the Chinese government. Soon, Embarek made it clear that the interview had been mistranslated.

The third step was to put pressure on the scientists who opposed the conspiracy, ensuring they could no longer make such a scientific-based statement. Tedros Adhanom Ghebreyesus, the director-general of the WHO; Doctor Anthony Fauci, the leading scientific voice for the U.S. response to the pandemic; and Danielle Anderson, a foreign expert who worked in the Wuhan lab, were subjected to strong political pressure and even physical threats. As a result, Tedros has urged China to be more cooperative with the WHO's second phase of the origins tracing.

The ball has been transported to the penalty area, and now a finishing shot is needed. So we have the following two reports. Yuan Zhiming, a researcher at the Wuhan lab, revealed at a press conference on July 22 that the website of the institute and work emails of the employees had been subjected to malicious attacks. Later, on August 6, CNN claimed that U.S. intelligence agencies were mining a treasure trove of genetic data from the Wuhan lab.

This is not unusual. In 2017, Wikileaks released thousands of documents on the CIA's practical hacks to attack private individuals and institutions.

Someone might ask, are the spies that powerful? In fact, what they can do is much more than you can imagine. In 1953, the CIA's Operation Ajax overthrew the Mosaddegh administration, the democratically elected government of Iran.

This was followed by the CIA's Operation PBSuccess in Guatemala, where the democratically elected Guatemalan President Jacobo Arbenz was overthrown in 1954.

You see, even sovereign states could be subverted by the CIA, so I don't doubt their ability to get this covert investigation done.

According to The Times of Israel, U.S. intelligence alerted Israel and NATO that an epidemic would break out in China back in November 2019. If they could investigate a contagion sweeping through Wuhan, why can't they alert the U.S. to avoid the pandemic?

The study of COVID-19 is a scientific program; scientists should take the responsibility. As for how the study should proceed, I have a suggestion. There is abundant evidence of suspected cases of infection in Europe, the U.S. and South America before November 2019. And more than 25 million people have signed a petition calling for an investigation into the U.S. military base at Fort Detrick, where suspected infection had occurred before November 2019. Now, it's time to take some action and get this straight.