Download
Only through science, not politics can we know coronavirus origins
Allawi Ssemanda 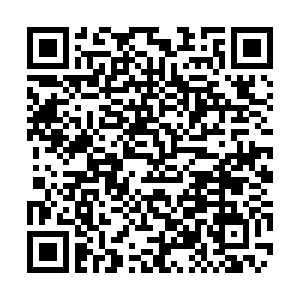 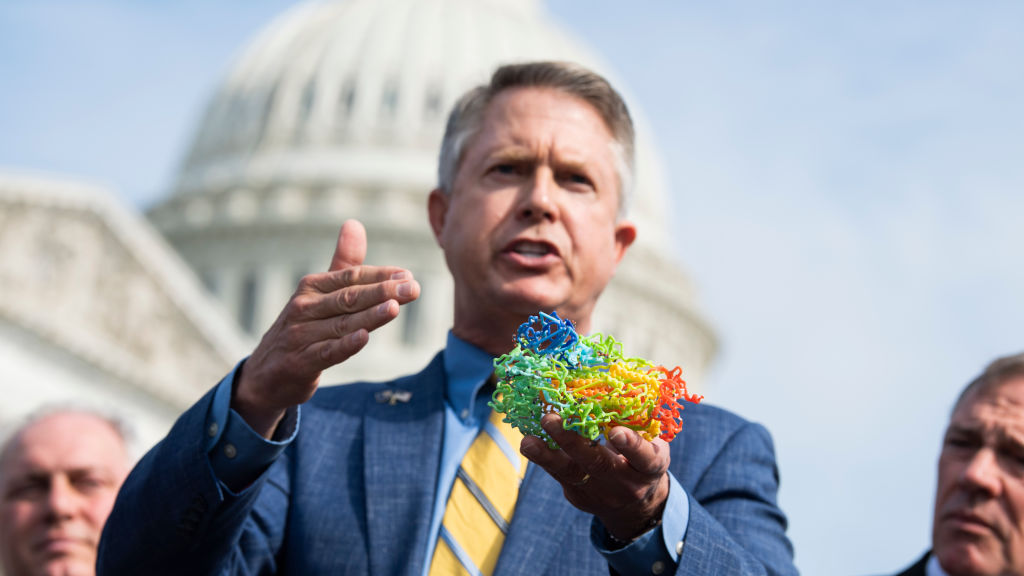 U.S. Senator Roger Marshall holds a model of a coronavirus spike protein at a news conference with the GOP Doctors Caucus on the origins of SARS‑CoV‑2, the delta variant, and vaccines, outside of the Capitol, Washington D.C., July 22, 2021. /Getty

U.S. Senator Roger Marshall holds a model of a coronavirus spike protein at a news conference with the GOP Doctors Caucus on the origins of SARS‑CoV‑2, the delta variant, and vaccines, outside of the Capitol, Washington D.C., July 22, 2021. /Getty

Editor's note: Dr. Allawi Ssemanda is the executive director of Ugandan-based Foreign Policy think tank Development Watch Center and author of Why Africa Deserves a Permanent Seat on United Nations Security Council. The article reflects the author's opinions, and not necessarily the views of CGTN.

On August 27, the U.S. released an unclassified report by the American intelligence community on the origins of SARS‑CoV‑2. Though they failed to reach a conclusion, the U.S. intelligence community reached a broad agreement that "the virus was not developed as biological weapon," and that it "was not genetically engineered" and that "China's officials did not have foreknowledge of the virus before the initial outbreak of COVID-19."

All the above resonates well with the World Health Organization (WHO)'s experts' phase one study conducted in Wuhan, China, that concluded it was "extremely unlikely" that coronavirus came as a result of a "laboratory leak."

With this information, it is important that countries unite and work as a team in a non-political manner, embrace science, pool resources together and support scientists and WHO experts' tracing of the origins of the coronavirus and its pathway to human beings.

As Carl Sagan, an American scientist, once observed, "The suppression of uncomfortable ideas may be common in religion or in politics, but it is not the path to knowledge and there is no place for it in the endeavor of science." Therefore, it is important that the international community comes together on this subject in a scientific manner.

Therefore, instead of rallying the so-called like-minded partners to exert pressure on Beijing to follow non-scientific methods to investigate a scientific subject which U.S. intelligence community called for should be mocked by all interested in seeing the COVID-19 pandemic defeated partly because the move is a cobweb of politics  arguably meant to smear China as the U.S. covers its failures in containing the spread of the virus.

Professor Andreas Onnerfors of Uppsala University and the Swedish Research Council, said in a paper, "Conspiracy theories and COVID-19: the mechanisms behind a fast-growing societal challenge" that "lab leak theory" and "China virus" are conspiracy theories driven to create a narrative that China is held accountable for this pandemic.

It's important to recall that since the outbreak of COVID-19, the U.S. has always tried to smear China by branding COVID-19 containment measures draconian despite their effectiveness and senior politicians in Washington victimizing Beijing by naming the virus "Wuhan virus" and "China virus." U.S.'anti-China sentiments have always been on the wall. 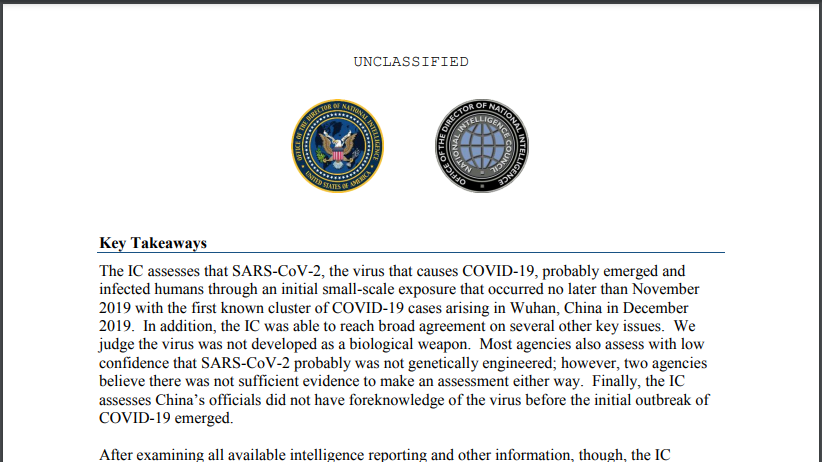 The U.S. Office of the Director of National Intelligence released the declassified key takeaways of the assessment on the coronavirus origins that was provided to the U.S. president and policymakers. /Screenshot via dni.gov

The U.S. Office of the Director of National Intelligence released the declassified key takeaways of the assessment on the coronavirus origins that was provided to the U.S. president and policymakers. /Screenshot via dni.gov

Also, as most developed countries opted to practice vaccine nationalism, Beijing was busy donating tens of thousands of vaccines to many developing countries as well as supporting them with medical supplies necessary in containing the pandemic. Surprisingly, the U.S. branded China's humanitarian effort "vaccine diplomacy," alleging that China was using vaccines to grow its influence.

Further, when critically analyzed, the timing of the release of the U.S.' so-called intelligence community report should set bells ringing. It was released just four days before the deadline for U.S. troops to withdraw from what some analysts say is Washington's 20-year failed mission in Afghanistan. Of course, considering the uproar that followed the chaotic withdrawal of U.S. troops which resulted in a bullet speed collapse of the Afghanistan government the U.S. claimed to have built for close to 20 years, it is not far-fetched to conclude that this report is purely political and is meant to change public opinion in Washington by shifting the discussion from the country's failed intervention policy in Afghanistan and discuss the unfounded blame on China.

This unfounded blame highlighted in the report also points at patterns of politics that guided the authors of the report.

It should be recalled that last year's internal polling in the Republican Party indicated that "China-bashing" was popular among supporters of  then president Donald Trump and party officials consistently noted that the "blame-China" theme would give Trump an upper chance in his reelection bid since the theme could help offset some of the disdain felt by Americans who blamed him for what they saw as the poor handling of the COVID-19 crisis.

An argument can be made that the Democrats are eyeing the more than 74 million popular votes Trump secured. To entice them on the Democratic side to vote for Democratic candidates in next year's midterm congressional elections, the Biden administration is using Trump's playbook of the "China card" hoping it will bring former Trump voters to his side, hence, creating a reason for "China-bashing" hiding behind tracing of origins of coronavirus.

Lastly, the so-called U.S intelligence community report blames China for what they called Beijing's hindrance of "the global investigation." Of course, this is a baseless claim. It is an open secret that Beijing has not once not cooperated with WHO experts in regard to tracing the origins of the coronavirus and resulted in the findings of the WHO-China team Phase One report. Therefore, the claim that China refused to cooperate with the international community is unfounded and baseless.