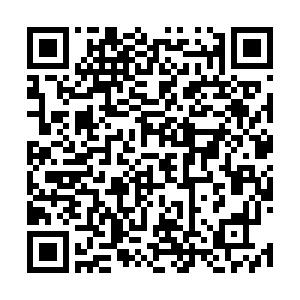 The Chinese and Russian foreign ministers sent separate messages to an event on Friday that commemorated the 76th anniversary of the victory of the Chinese People's War of Resistance against Japanese Aggression and the World Anti-Fascist War.

As Friday marks the 76th anniversary of the victory of the Chinese People's War of Resistance Against Japanese Aggression and the World Anti-Fascist War, China and Russia jointly held a commemorative event at the museum of Dongning Fortress tourist spot in Dongning, northeast China's Heilongjiang Province.

Wang and his Russian counterpart Sergei Lavrov both sent messages to the event.

China and Russia, as the main battlefields in Asia and Europe, paid huge national sacrifices and made indelible historical contributions to the great victory in the Anti-Fascist War 76 years ago, Wang recalled in the written message.

The people of the two countries supported each other and cemented an unbreakable friendship with their lives and blood, which laid a solid foundation for the friendship between the two nations from generation to generation, he added.

Saying the Dongning Fortress is the last battleground of World War II, Wang said the victory of the battle shows that any reactionary move would all be crushed by the forces of peace and justice.

China and Russia won't tolerate attempts to reverse the wheels of history, nor will the peace-loving people of the world, Wang stressed.

With major changes and a global pandemic unseen in a century, Wang said the destinies of people in different countries have been closely connected, urging people across the world to jointly maintain peace and tranquility.

He stressed that China is ready to work together with the international community, including Russia, to defend the correct historical perspective of World War II and the current international order as well as putting true multilateralism into practice.

Wang said China will always remember the great merits that all peoples have built for the preservation of national independence and freedom, national sovereignty and dignity, and resolutely defend the fruits of victory in World War II and international justice and equity.

Wang also called for reforming unjust and improper arrangements in the global governance system, promoting the improvement and development of multilateral mechanisms, and unswervingly building a community with a shared destiny for mankind.

Lavrov said the two countries' friendship and mutual support would promote the rapid development of bilateral ties and safeguard world peace and security.

The Battle of Dongning Fortress was the last battle of WWII and was an important witness to how the Chinese and Russian people fought shoulder-to-shoulder.