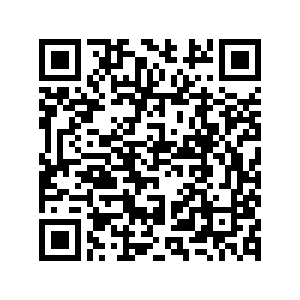 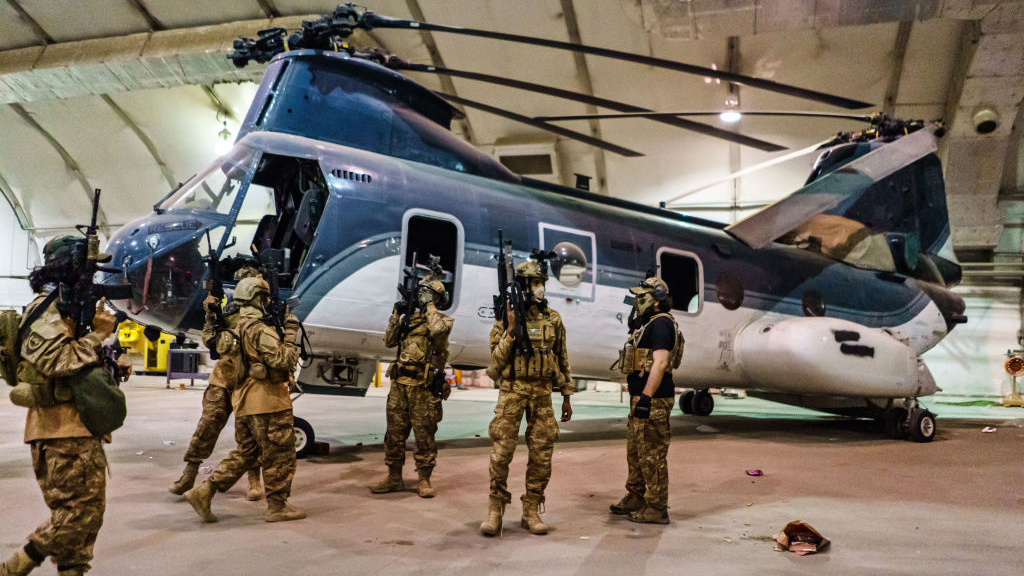 Taliban fighters, wielding American weapons, equipment and uniforms, storm into the Kabul airport to secure the premises and inspect the equipment left behind after the U.S. troops withdrawal, in Kabul, Afghanistan, August 31, 2021. /Getty

Taliban fighters, wielding American weapons, equipment and uniforms, storm into the Kabul airport to secure the premises and inspect the equipment left behind after the U.S. troops withdrawal, in Kabul, Afghanistan, August 31, 2021. /Getty

Editor's note: M. Alam Brohi is a former member of the foreign service of Pakistan who retired after serving seven years as ambassador to the Kyrgyz Republic and the Islamic Republic of Sudan. The article reflects the author's opinions and not necessarily those of CGTN.

Celebratory gunfire resounded across the Afghan capital on August 31 as the Taliban took control of the airport following the withdrawal of the last U.S. troops, marking the end of a 20-year war. After the departure of the last flight, a Taliban spokesman called it a "historic day and a historic moment." "We are proud of these moments, that we liberated our country from a great power," he added. This, indeed, was a sobering day for the U.S. leadership.

After long 18 years of bloodletting and prevarication, America's leaders finally came to seriously realize the improbability of finding any other resolution of the Afghanistan war than sitting across the table with the Taliban. The talks culminated in the peace agreement of February 2020 that paved the way for the evacuation of foreign forces from the country and the return of Taliban to power.

The war brought disaster not only to Afghanistan but also inflicted a heavy price on Pakistan in human lives and economic loss. The Brown University's report "Costs of War Project" of 2018 made painful revelations for the world and the American public that had largely remained indifferent to the loss of American lives in wars waged in far-off regions of Southwest Asia and the Middle East. The report says that the number of war-related killings in Pakistan was as high as 65,000 in all these years. These included civilians and security personnel.

The report adds, "As of October 2018, the fatalities in Afghanistan stood over 147,000 people, encompassing Afghan security forces, civilians and opposition fighters. Some 6,334 American soldiers and contractors, as well as more than 1,100 allied troops also lost their lives between 2001 and 2018." The true number of the Americans injured, disabled, or inflicted with psychological diseases was kept a guarded secret lest it may provoke public unrest reviving the bitter reminiscences of the Americans' outrage over the Vietnam casualties.

The U.S. remained involved in wars in Afghanistan, Iraq and Syria, and many other countries, and extended coalition support funds to its allies in anti-terrorist wars including Pakistan in the past 17 years. However, this financial assistance to Pakistan was stopped in 2017 because of differences between the two countries on the Afghanistan conundrum. The Brown University report suggests the U.S. spent over $5.6 trillion on its war on terrorists in Afghanistan, Iraq and Syria.

The U.S. funding of reconstruction programs in Iraq and Afghanistan ranges between $170-180 billion. Most of these funds had gone towards arming security forces in both countries, while the money allocated to humanitarian relief and rebuilding civil society was lost to corruption, fraud, waste and abuse by the leaders installed in power by the U.S. There was no accountability system in place to ensure transparency in spending the funds. They escaped scot-free with their loot.

Pakistan had been steadfastly counseling the American leadership to recognize the ground reality and start direct talks with the Taliban to bring an end to the festering Afghan war. The former Donald Trump administration tried hard its policy of "maximum pressure and engagement" on Pakistan. There was no dearth of rabid voices in the American Congress and Senate calling Pakistan one of the top "frenemies" in the American foreign policy due to its alleged tolerance of Taliban sanctuaries on its soil even if it cooperated with the U.S. in Afghanistan in other ways. 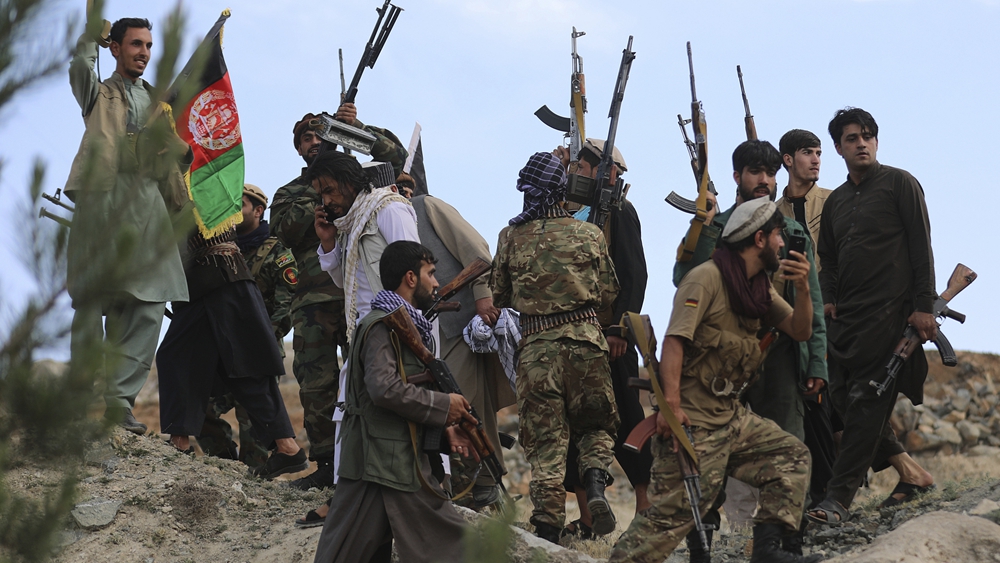 They felt no qualms in cutting aid to Pakistan maintaining over 70,000 troops along the Durand line to stop the Taliban from using its soil as a springboard for attacks in Afghanistan, and finally stopped the disbursal of coalition funds supporting the deployment. They also threatened to designate Pakistani individuals and organizations and sanction them, or strike Taliban targets within Pakistan without restraint.

All this hawing and humming and naked threats did not divert Pakistan from its avowed policy on an Afghan-designed and Afghan-owned solution to the war. In Pakistan's view, no durable peace would be possible in Afghanistan without the participation of the Taliban. The U.S. leadership realized this ground reality after several years.

The quest for peace in Afghanistan received an impetus by the appointment of Ambassador Zalmay Khalilzad as the Special Envoy to Afghanistan with the mandate of starting the process of direct dialogue with the Taliban. The emerging consensus for a regional initiative called the "Moscow Format" spearheaded by Russia with the support of China, Pakistan and other regional countries, for a durable negotiated solution to the Afghan war, was a significant move to mount pressure on the U.S. leadership.

Notwithstanding formidable divergences, a peace agreement was finally signed between the U.S. and Taliban on February 29, 2020, with a deadline for the withdrawal of the U.S. and NATO troops. However, the collapse of the Afghan National Army, the fall of Ashraf Ghani's puppet regime and the chaotic withdrawal of U.S. and NATO troops were reminiscent of the horrors of the Saigon debacle.

One wonders what has the U.S. achieved from wars in Afghanistan, Iraq and Syria after killing and maiming over 500,000 people. America's main objectives apparently were to establish democracy, rule of law, protection of human rights, and extermination of terrorists. Did the U.S. achieve these objectives after such huge expenditures in human lives and American treasure? Afghanistan is yet mired in political instability and swarms with militant outfits. Iraq is in the grip of majority Shias under Iranian influence.

Syria is trying to maintain a semblance of its status as a viable and sovereign state, with Russia, Iran and Turkey deeply involved in the war against the opposition groups that have been trained and armed to the teeth by U.S.-allied conservative states at the behest of the American leadership. Libya has almost disintegrated into three warring power centers. Egypt, Jordan and Lebanon are teetering under the lasting adverse consequences of the wars in the Middle East.

Would the U.S. leadership, with their short memories, learn a lesson to desist from military excursions outside their borders? It is doubtful.